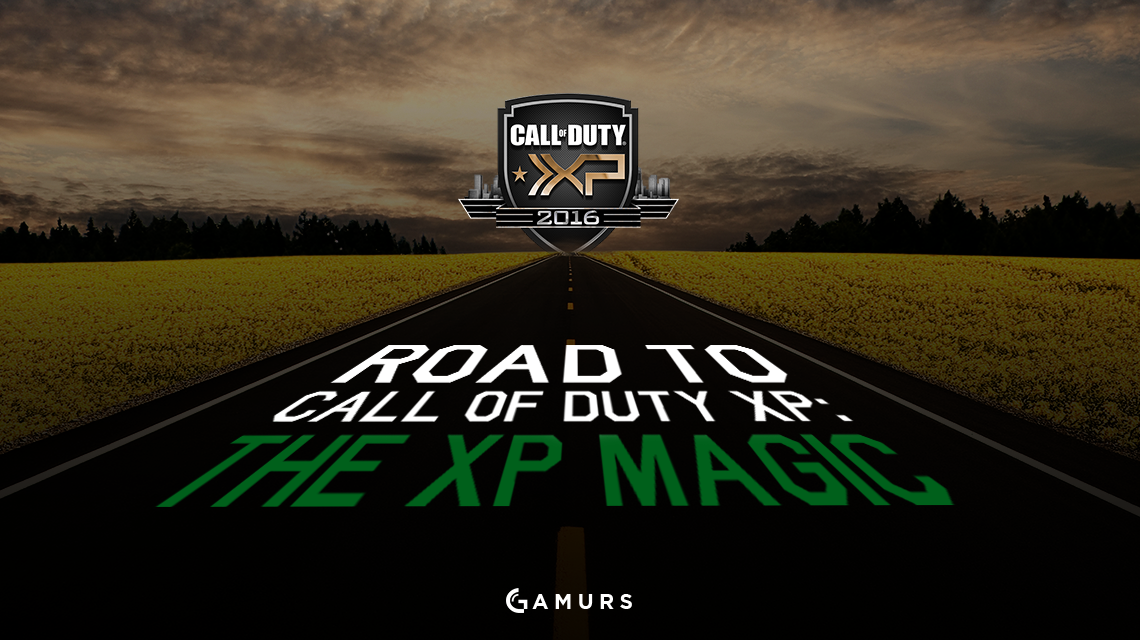 Ask anyone who watches or plays Call of Duty and they will tell you that the best team in the game is OpTic Gaming. They have hoisted trophies in events hosted by nearly every event organizer in the scene and have even taken home gold at the Summer X Games, but a title at the Call of Duty Championship has evaded them. In 2011, the team took home the first Call of Duty XP and hope to win it again this year. A win will, in my opinion, help them take the title as the best team in Black Ops III, if they have not proven that already.

Though I do not like the strategy, several professional sports teams, like the New York Yankees, have proved that it works; Go out, spend money, and bring in the game’s best players. OpTic Gaming brought in Ian “Crimsix” Porter, long time player for compLexity Gaming and later Evil Geniuses, during their mighty run through Black Ops II. They added Damon “Karma” Barlow, a man who knows how to win a World Championship, proudly boasting two rings. Halo and FPS legend in general Matthew “Formal” Piper was the final piece of the OpTic puzzle. They all joined OpTic Gaming captain Seth “Scump” Abner to form what was clearly the most experienced squad Call of Duty had seen.

Starting with the captain, Scump is a man who has spent nearly his entire career with OpTic Gaming. Scump’s YouTube channel hosts videos that range from CoD Pro League gameplay, to him going for 70 kills in a Team Deathmatch game in his “70” series, is one of his shining accomplishments. Scump is a household name in Call of Duty, who has three very sought after pieces of hardware, all made of gold. First, his YouTube play button for reaching one million subscribers (his channel sits at just over two million at the time of writing this), and two X Games gold medals. While he may not have the most championships, or the highest earnings, Scump, in my mind is one of the most experienced players in Call of Duty just off sheer time spent playing the game.

Next is a man who knows how to win not only tournaments but championships, Karma. Karma’s two rings have both been won with different teams: Fariko Impact and the compLexity/Evil Geniuses dynasty. He does not put up huge statistical numbers, often being overshadowed by the slaying power of teammates Crimsix and Scump, but Karma undoubtedly finds ways to contribute, with his championships speaking for themselves. When you want someone who has experience with winning, you need to look no further than Karma.

Be it Halo or the past three Call of Duty titles, Formal knows how to dominate both of them. Put any FPS in front of Formal and he just instinctively knows what to do. Formal jumped onto the Call of Duty wagon after Halo was dropped from the MLG Pro Circuit and Call of Duty had gained a ton of steam after its very successful run in Black Ops II. He took home a 17th place finish in his first tournament, MLG Columbus in 2013 on Call of Duty: Ghosts. Formal then spent time on just about every major Call of Duty roster, playing for Team FeaR, the now defunct FaZe Black, Team Kaliber, and Team EnVyUs before finding a home with OpTic Gaming in late-2014. His main focus at this moment is Call of Duty: XP, but he did not rule out the possibility of a return to Halo when asked about the chances, taking into consideration the games revival in the past year or so.

The fourth man on this roster is not even considered a man by most, but more of a robot. Crimsix is famous for his lack of emotions when winning tournaments, which he has won plenty of, earning himself the “Crimbot” nickname. Crimsix and Scump each go hand-in-hand in the slaying department, often beating you not on a strategy but by just sheer might. You cannot capture a flag if you are not alive to do so in the first place. The opposite of most people, Crimsix is humble in victory but boisterous in defeat; he is, like most CoD players, a fierce competitor who will not take a loss lightly. What is good for him though is he has not had to take too many, considering he is the winningest player in Call of Duty history with 28 tournament wins, an achievement he wears proudly in his Twitter bio. He will be looking to add on another championship win with OpTic Gaming when the team takes the stage in September.
The title of this feature is simply put, “The XP Magic.” OpTic Gaming has never won, to keep it simple, a one million dollar Call of Duty tournament titled the Call of Duty World Championship, but they have won the only tournament titled Call of Duty: XP. XP is back and OpTic will look to use their experience-filled lineup to hoist the trophy for the second time, and the first since Modern Warfare 3. They have the magic of XP on their side, and I think they should be able to do it.

Do you think “the XP magic” will help OpTic Gaming win this event? Let us know by commenting below or tweeting us @GAMURScom.