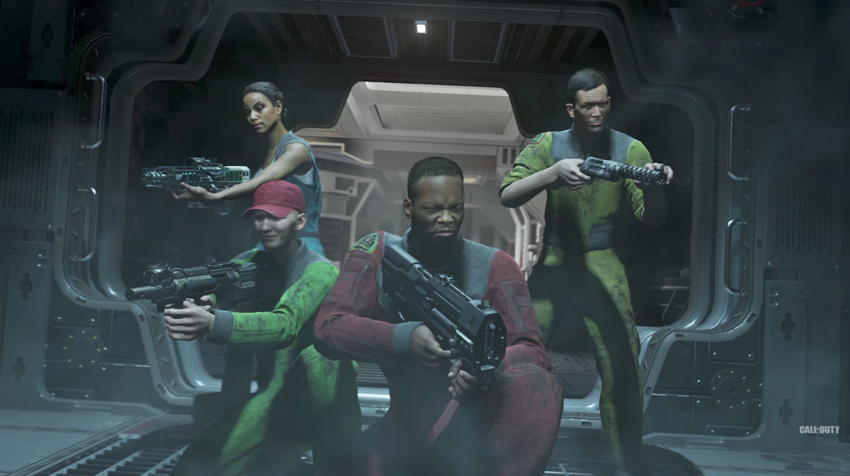 The fourth and final DLC map pack for Call of Duty: Infinite Warfare has been revealed—and fans are looking forward to another brand new zombies experience.

Retribution will introduce four multiplayer maps and a new zombies level when the DLC is added to Infinite Warfare on PlayStation 4 on Sept. 12.

Many long-time Call of Duty fans will recognize Heartland as a remastered version of Warhawk from Ghosts. Altitude is set in a shopping mall in space, while a “post-apocalyptic race track” in California is the setting for Carnage, according to Charlie Intel. Finally, Depot 22 takes place around “a watering hole at the end of civilization,” Charlie Intel said.

The Beast from Beyond is the new zombies experience being added to Infinite Warfare in this DLC map pack. It looks like the zombies story is returning to outer space on this map, as the four protagonists will fight against hordes of the living dead on a “desolate military station on a distant ice planet,” according to Charlie Intel.

The Retribution DLC map pack will be available first on PS4 next Tuesday (Sept. 12). Infinite Warfare Season Pass holders will get access to Retribution on this date, or the map pack can be purchased separately for $14.99.