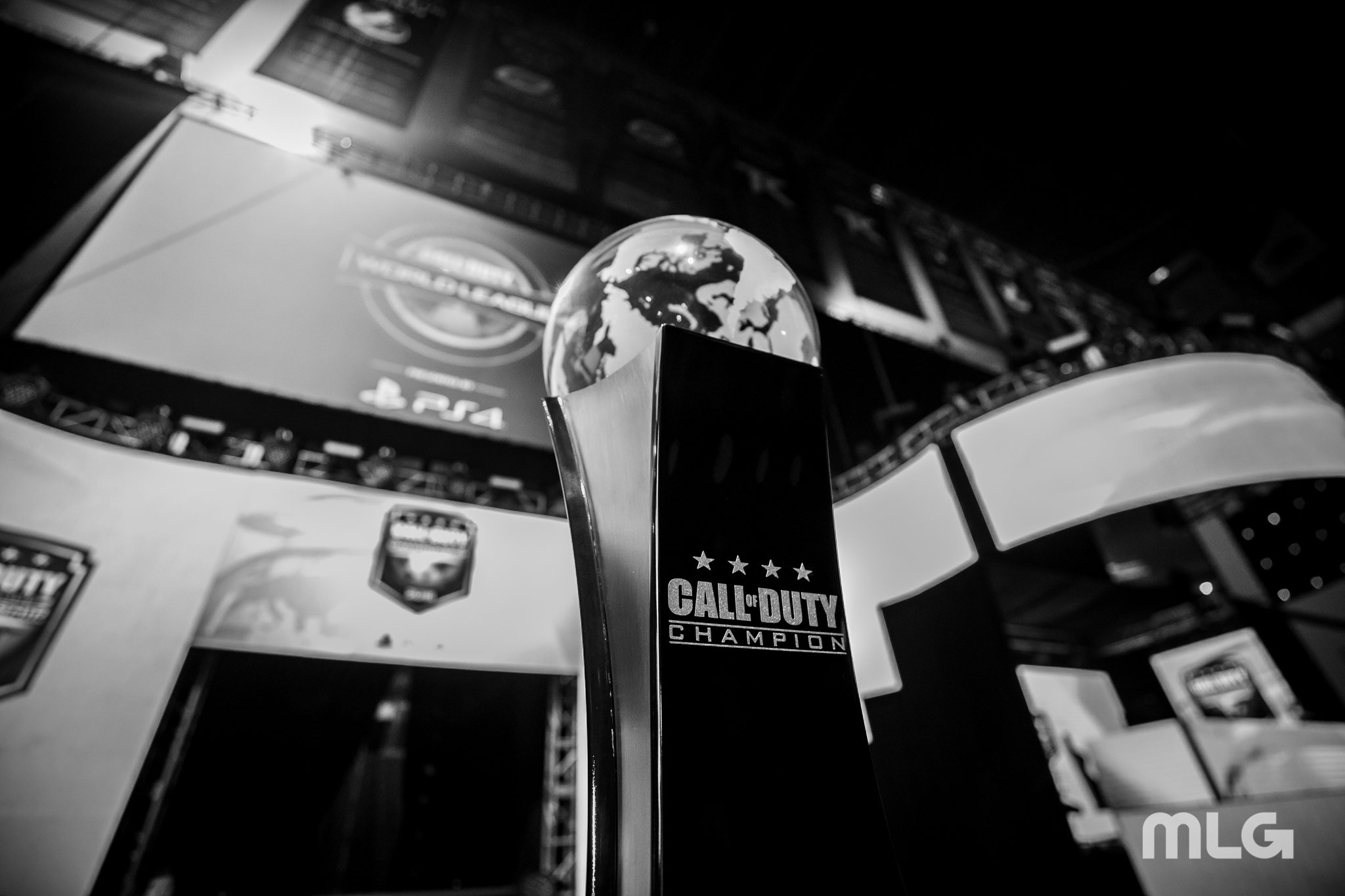 The biggest Call of Duty World League event of the year is less than 24 hours away.

The 2019 CWL Championship begins on Wednesday, Aug. 14. The top 32 teams in the world will head to the Pauley Pavilion in Los Angeles this week to compete for their share of the $2 million prize pool.

The event will start with pool play featuring eight groups of four teams. Each team will play the other squads in their group once. Only the top two teams from each pool will advance to the double-elimination championship bracket on Friday.

But which teams have the best chance of making it out of pool play? Will any amateur squads pull off some upsets against the pro teams? Here are our predictions for the group stage of the 2019 CWL Championship.

Pool A at CoD Champs 2019 features the two teams that won the most recent professional and amateur events. EUnited beat Gen.G to win the CWL Finals on July 21 while Celtic FC Esports (previously The Bhoys) won the CWL Amateur Finals earlier that day.

If eUnited and Celtic FC can replicate their performances from Miami, they shouldn’t have much trouble being the top two teams from Pool A. Elevate are the other CWL Pro League team in this group, but they struggled at the CWL Finals, losing to Midnight Esports in the first round of the play-in tournament.

Elevate vs. Celtic FC has the potential to be a good match for the second spot in this pool, but we’re giving the edge to Ben Bance and crew.

Gen.G are an easy pick to top this group, especially since they’ve come in second at the last two major LAN events. But the battle for second in this pool should be interesting.

Enigma6 only played one series last month in Miami and they were swept by Evil Geniuses. The bottom two teams in this group, on the other hand, feature some European veterans—Joshua-Lee “Joshh” Sheppard and David “Dqvee” Davies on WaR, Dylan “MadCat” Daly and Billy “Hawqeh” Harris on Fuego.

Now that E6 have had more time to practice with their new lineup, we think they’ll come in second in Pool B. But it wouldn’t be too surprising to see one of the European teams cause some upsets.

It wouldn’t be fun to just give the No. 1 seed the top spot in each group. FaZe are the best team in Pool C, but we think Mazer have a chance to stun them for one reason: Michael “SpaceLy” Schmale.

SpaceLy’s had a turbulent 2019 season, but one thing we’ve learned about him over the years is he always shows up when it matters most at Champs. He’s earned a top-eight placing at the last two CWL Championships and he’ll look to make another deep run this year with Mazer.

FaZe will likely end up coming in first, but don’t be too shocked if SpaceLy and crew pull off an upset.

Dylan Henderson should have no problem carrying Reciprocity to the top spot in this group. But the real storyline here is whether Team Envy will show up.

Envy have three players from the 2018 world championship team—Patrick “ACHES” Price, Justin “SiLLY” Fargo-Palmer, and Adam “Assault” Garcia. The Boys in Blue have really struggled recently, but this is the biggest tournament of the year. We’re giving ACHES and crew the benefit of the doubt here, but Thomas “GRVTY” Malin and Sage could pounce on Envy if they show any signs of weakness.

This seems like a straightforward group. Luminosity looked strong in Miami with their revamped lineup, while UYU’s new roster showed some potential in the play-in tournament.

We just don’t think either of the amateur teams have what it takes to beat Luminosity or UYU. We heard some good things about Vanity’s Joseph “Owakening” Conley during the CWL Amateur Finals, but the two CWL Pro League teams should be able to take care of business in this pool.

This group has the potential to feature some of the most exciting matches in pool play. 100 Thieves are the heavy favorites, despite their top-six placement in Miami. But the other three teams in the group all have upset potential.

Bradley “Frosty” Bergstrom has looked incredibly strong since joining Midnight in June. Although this will be Frosty’s first CoD Champs, he’s a two-time world champion in Halo. Midnight will also likely rely on the leadership of Christopher “Parasite” Duarte, a 2013 Call of Duty world champion.

Sicario has a mix of veterans in Thomas “Tommey” Trewren and Martin Chino and new blood with Kaden “Exceed” Stockdale and Byron Linney. And FURY has some talented Search and Destroy players, including Ted “TeddyRecKs” Kim.

We could legitimately see reasons why all three of these other teams might advance to the championship bracket, but we’re giving a slight edge to Sicario.

OpTic failed to win a single map last month in Miami after getting swept by Luminosity and 100 Thieves. But we don’t think that will be the case this week.

The Green Wall has high expectations for OpTic, especially after a disappointing run at CoD Champs 2018 where the team failed to make it out of the group stage. They’re in a pool with Evil Geniuses once again this year, but we think OpTic have what it takes to at least move on this time.

Evil Geniuses showed signs of improvement at the CWL Finals and they should be able to beat both of the amateur teams in this group. Keep an eye on Carnage’s young up-and-comer Nathaniel “Pentagrxm” Thomas, though. And the former French players from Denial Esports who are now on TrainHard likely won’t go down without a fight.

This could be Donovan “Temp” Laroda and Cuyler “Huke” Garland’s last chance to win a tournament together. And we think that Splyce will at least get off to a strong start by winning Pool H.

The second spot in this group, however, is seemingly up for grabs. The other CWL Pro League team in Pool H, Heretics, haven’t been the same since they replaced Endika “Sukry” Andres with Ronaldo “Wartex” Lavado in June.

We’re going with Hybrid to come in second in this group due to Tristan “Spoof” Green and Casey “Pandur” Romano’s previous success at CoD Champs in 2017 and 2018, respectively.