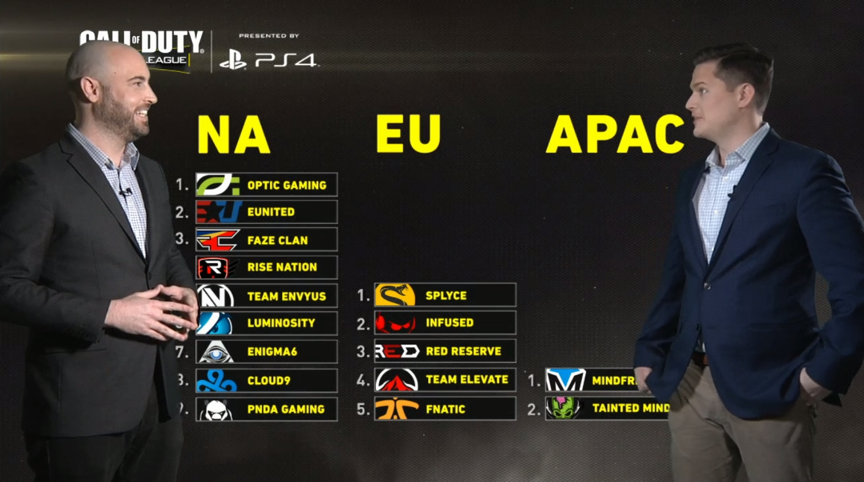 The top-16 teams, in terms of pro points, from around the world were drawn and split into four groups, with the top four seeds being locked in prior to this drawing. The 16 pool play teams for this event include the top-nine teams from North America, the top-five teams from Europe and the top-two teams from the APAC region. Before the drawing took place, each of the top-four NA teams were automatically placed as the top seed in one of the four pools.

The groups for CWL Dallas are as follows:

This tournament will take place on March 17-19 in the Fort Worth Convention Center in Fort Worth, Texas. As the final LAN event prior to the first stage of the CWL Global LAN League, CWL Dallas will have major implications on the competitive season of Infinite Warfare, and is sure to feature some of the best Call of Duty action to date.

Are you excited for CWL Dallas? Let us know by tweeting us @GAMURScom.