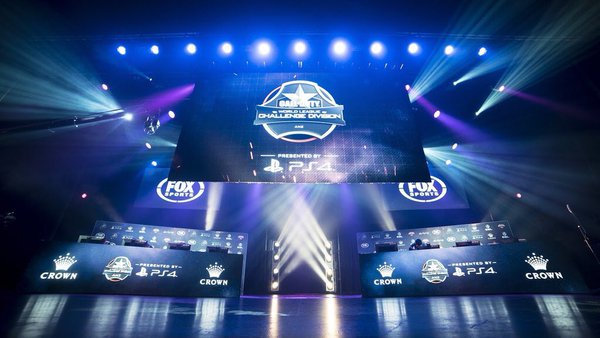 The first Oceanic Call of Duty World League Challenge Division event is officially in the books. The Crown Melbourne Invitational came and went this past weekend in Melbourne, Australia, where a total prize pool of $70,000 (AUD) was on the line and some of the best teams from around the world converged on the land down under to assert their superiority, including OpTic Gaming and Millenium.

On Saturday, a $7,000 (AUD) offline qualifier took place between four teams, with the top two securing positions in the Invitational on Saturday. The teams involved were Apotheon Esports, Plantronics Nv, Team Orbit, and The Chiefs eSports Club.

In the first match of the day, Apotheon took on Chiefs in a best-of-7 series. Apotheon took a commanding 3-0 series lead but were unable to finish, as Chiefs completed a rare reverse sweep and clinched a spot in the Invitational. In the next matchup, Plantronics Nv and Team Orbit faced off. Just like in the first series, a team jumped out to a 3-0 series lead, with Orbit in control this time. Nv couldn’t replicate Chiefs’ reverse sweep, however, and fell 4-1 to Orbit.

To determine their seeds for the rest of the weekend and the recipient of $2,500, Chiefs and Orbit faced off in the final match of the day. Chiefs took the first two games in the series somewhat convincingly, but Orbit was able to respond by taking the next two games to tie the series score. Chiefs would prevail, though, taking Stronghold Search & Destroy in the 11th round and Fringe Hardpoint by one point to win the series.

The following day, the final six teams battled it out to become champions. In the first match of the quarterfinals, Team Orbit took on ANZ CWL Stage 1 champions, Mindfreak. The champs asserted their dominance, sweeping Orbit in four games. In the other quarterfinals match, Tainted Minds fought against The Chiefs eSports Club. The two teams battled long and hard but Tainted Minds prevailed, taking the series in game 7, round 11 to advance to the semifinals to face the NA CWL Stage 1 champions, OpTic Gaming.

Tainted Minds could not keep their momentum going as OpTic dominated the series, sweeping them, 4-0. In the second semifinals matchup, Mindfreak faced off against the EU CWL Stage 1 champions, Millenium. The match looked to be close on paper with both being Stage 1 champions of their respective regions, but Millenium was able to sweep the series using their experience and European playstyle. This set up the Grand Finals matchup many were hoping for: Europe’s Millenium versus the North American juggernauts, OpTic Gaming.

OpTic took the first map on a close margin but Millenium came back with a win of their own in the first Search & Destroy to tie the series up. That served as a wake-up call for OG as they took the next three maps to close out the series and became the Crown Melbourne Invitational champions!