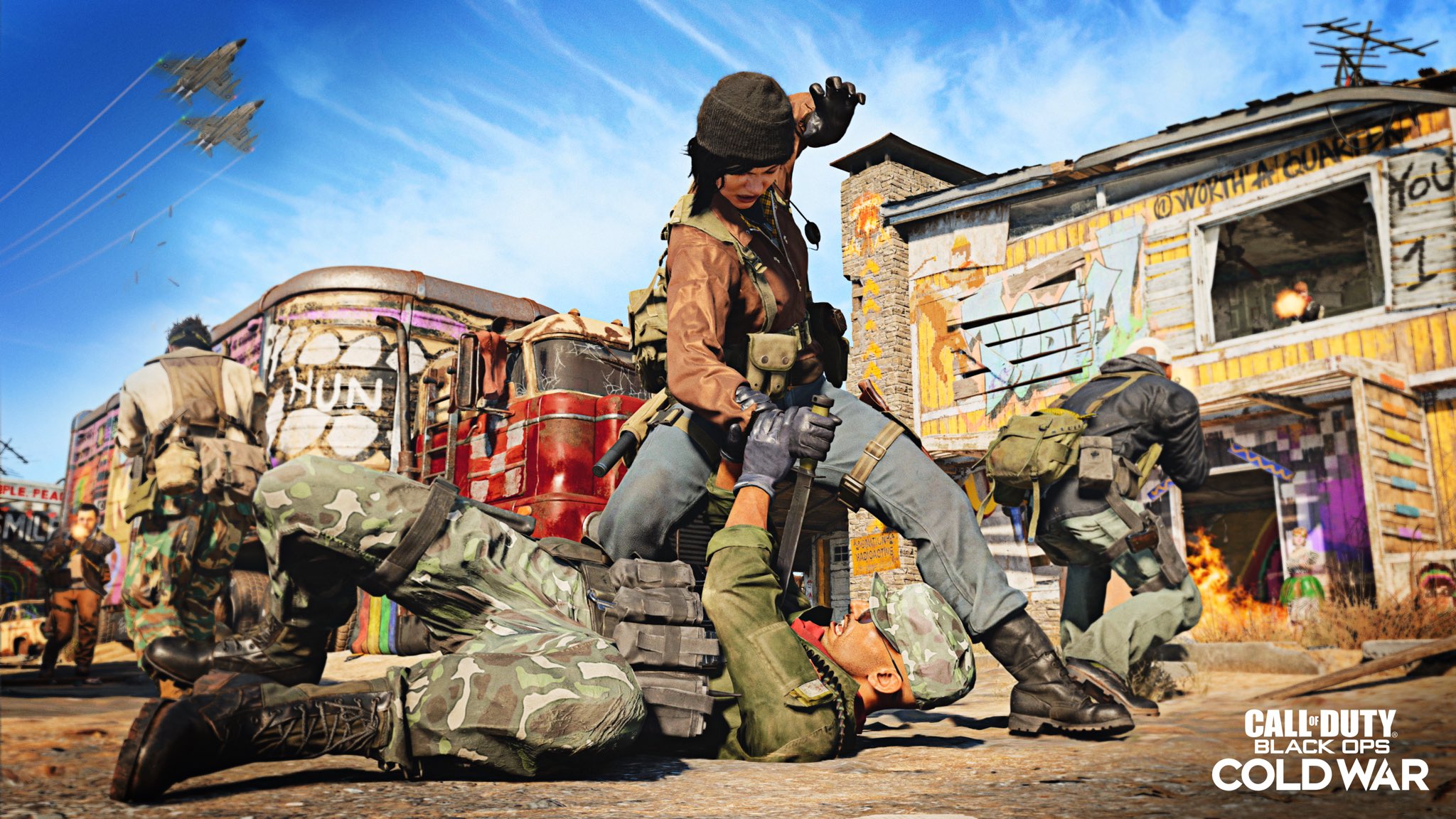 When Nuketown ’84 goes live in Call of Duty: Black Ops Cold War tomorrow afternoon, double XP is coming with it.

Treyarch announced today that double XP and double weapon XP will go live alongside the reimagined map on Nov. 24 at 12pm CT. A Nuketown 24/7 playlist will be available, too.

The small-scale map, first seen in 2010’s CoD: Black Ops, has been reintroduced to the series multiple times. This game’s version is set in 1984 and has a fitting aesthetic.

Treyarch explained that Nuketown ’84 is a “sister site” to the original map and it has been dormant for 30 years. It’s since been vandalized and sprayed with graffiti, and the mannequins set around the map have been adorned with ’80s clothing.

An update for Black Ops Cold War went live earlier in the day featuring some tweaks to Hardpoint spawns. It also featured a number of bug fixes and it’s already available on all platforms.

Double XP and double weapon XP will be live from Nov. 24 to 30. It’s unclear how long the 24/7 playlist will be available.