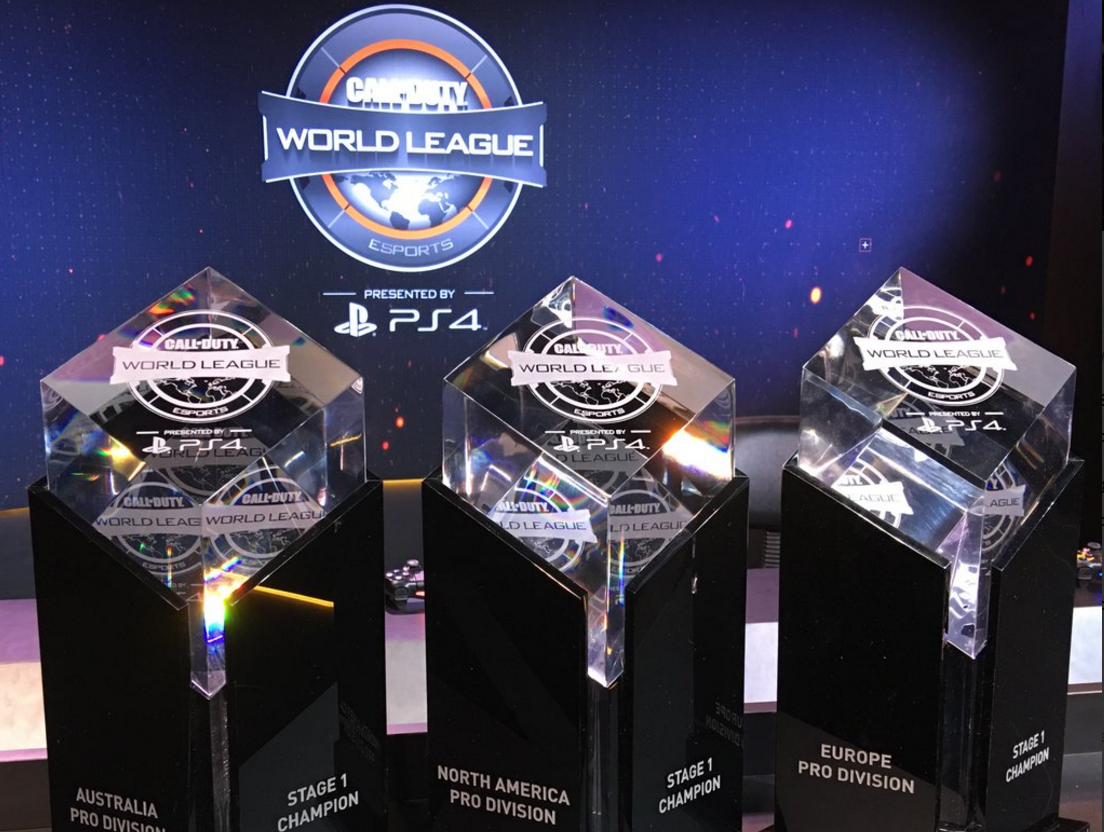 Stage 1 of the Call of Duty World League has officially come to an end, as the finals have been played in Australia/New Zealand, Europe, and now in North America.

The relegation tournament was played on Friday, but one of the most interesting storylines of the weekend began a day earlier when Goonjar from Team Kaliber was not allowed into the United States from Canada. The situation went further south for tK the next when Goonjar was not able to make it past customs for a second time. Luckily for tK, the match was postponed until later in the day on Saturday and a last-minute rule change gave them the opportunity to find a fourth player.  KOSDFF and tK were desperately trying to find a suitable fourth in time, saying, “If we can find a sub that didn’t play in the relegation qualifier or league then we can play.” There just so happened to be a few old pros in the area, and tK ultimately went with Mboze.  Playing with an unfamiliar player proved too much for tK, however, as they dropped their series vs King Papey 4-2. Neslo said on Twitter, “It was chemistry, many mistakes, and way of playing was so off with the lack of Goon. Was a lack of teamwork.” King Papey will be making their debut in the Pro Division of the Call of Duty World League along with Cloud 9, who defeated Counter Logic Gaming to qualify.

The Stage 1 playoffs were also an exciting set of matches, with the top 4 seeds all winning in the quarterfinals. To begin the tournament, #1 seeded Optic Gaming had a scare against Team SoloMid, who led the series at the start and took Optic to game 7 before falling short. On the other side of the bracket, #2 Rise Nation showed us why they fully deserved their two LAN wins on Black Ops 3 after beating Luminosity 4-1 and then shutting out Faze in the semifinals. Rise then faced Optic in the Grand Final, their first match on LAN since the finals of Totino’s Invitational. It was perhaps the most exciting one of the weekend, with Optic taking an early 3-0 lead before Rise answered back and forced a game 7. The two teams played an equally matched Search and Destroy, going all the way to round 11. In the end, however, Optic Gaming came out on top and are your Call of Duty World League Stage 1 champions!

To put a cherry on top of the weekend, the Grand Final match reached a total of 228,000 concurrent viewers, according to Maven. This is the largest number of viewers reported since MLG Columbus at the beginning of Advanced Warfare, when the viewership peaked somewhere around 250,000. In a weekend full of eSports, the North American Call of Duty World League Stage 1 Finals can not be called anything short of a success.