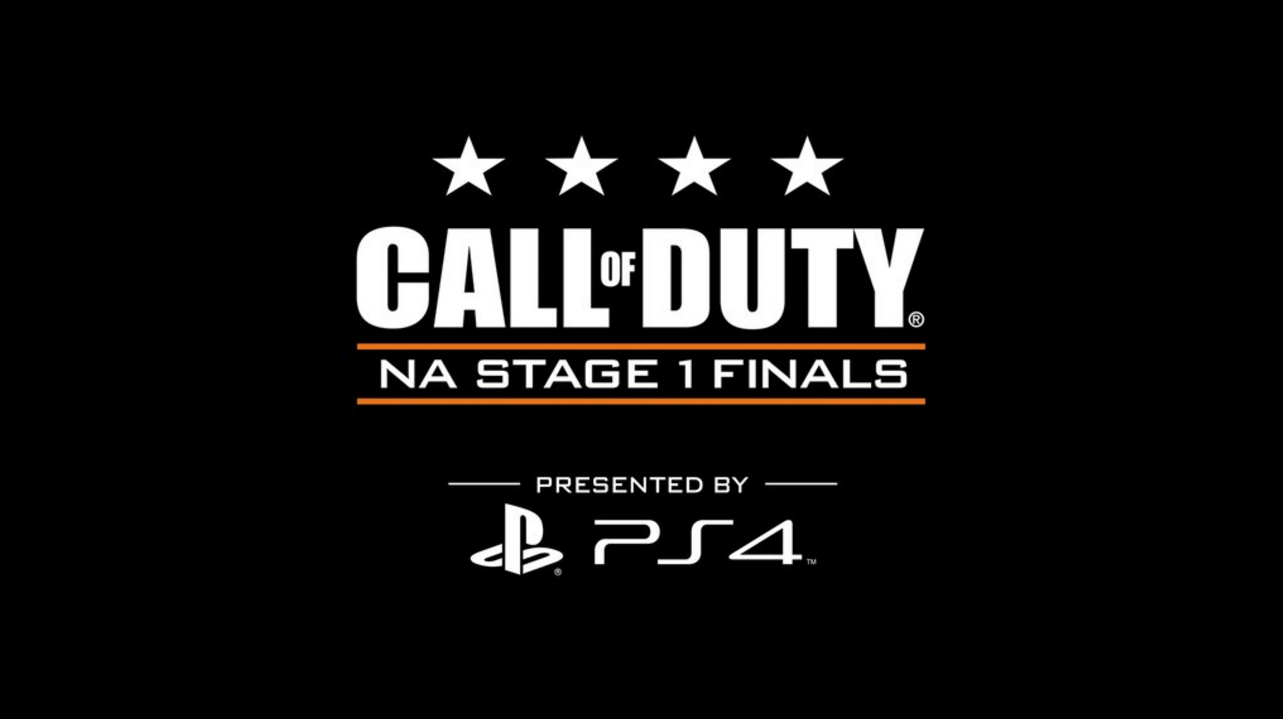 This weekend, the best teams in North American Call of Duty will compete for $250,000 at the Call of Duty World League Stage 1 finals.

The event begins Friday, April 1st in Burbank, California when it will solely be reserved for the relegation matches. The top four Challenge Division teams that qualified through the online qualifier this past weekend (Cloud9, Team Liquid, Cloud9 Eclipse, KingPapey) will compete against the bottom four teams from the CWL Stage 1 regular season (Team Kaliber, Dream Team, H2k-Gaming, Counter Logic Gaming) in a single best-of-7 series. The winners of each series will secure their spots in Stage 2 of the Call of Duty World League.

The following day, the top eight teams from the two-month-long regular season will battle to become North America’s Stage 1 champions and secure a bid to the Call of Duty World Championship in the fall. Saturday and Sunday’s schedules are as follows:

The top-seeded team, OpTic Gaming, enters the tournament riding a 13-match win streak to end the Stage 1 regular season. Their last loss in the World League came on February 9th, when they fell to compLexity Gaming. Since that loss, OpTic has absolutely dominated the competition, completing seven series sweeps and winning nearly 83% of their maps. They also won three out of four CWL Challenge division online tournaments, totaling $75,000 in winnings. OpTic has dominated online, but the only question that remains is, can OpTic Gaming can finish the job on LAN?

Rise Nation has impressed many with their performance throughout Black Ops III. They kicked off Treyarch’s latest creation early with a championship at the Totino’s Invitational, beating OpTic Gaming in the finals. They then claimed the title at UMG South Carolina in February, defeating Luminosity Gaming in the finals. In addition to their stellar offline performances, they have performed exceptionally well online. In the CWL, they finished as the second seed after a 16-6 regular season. They also placed second in two of the CWL Challenge Division online tournaments.

The third-seeded FaZe Clan are looking like they will continue to be a top team in Call of Duty for another year. Their incredible feats in Advanced Warfare, which include defeating the seemingly unstoppable OpTic Gaming, may not be replicable this year, however. FaZe look like they can compete with the best but have not shown that they are able to beat the best in Black Ops III. This weekend will be a huge gauge to see if FaZe can repeat the success they found last year.

Team eLevate’s squad of Ulysses “AquA” Silva, Brice “Faccento” Faccento, Jared “Nagafen” Harrell, and Remington “Remy” Ihringer shocked the world with their second place finish at the Call of Duty World Championship last spring under the Team Revenge banner. The previously-underrated players went their separate ways soon after the tournament, but they have found each other again and have started to hit their stride in Black Ops III. The team started off slow in the Call of Duty World League but have since improved, finishing as the fourth seed in the regular season. The team has some work to do in the Stage 1 finals if they want to walk away as champions, but maybe they can make the improbable become a reality once again.

Team EnVyUs started off in the Call of Duty World League as a top team that looked destined for months of competing with the best in the world. That all changed in early March when reports emerged that the team were trying to release their in-game leader and Call of Duty veteran, Patrick “ACHES” Price. The issue was reportedly brought up by Austin “SlasheR” Liddicoat, EnVyUs’ slayer, but the two other players, Jordan “JKap” Kaplan, and Tyler “TeePee” Polchow, didn’t feel the move should take place. Price and Liddicoat have been known to frequently challenge each other in-game, but the attempt to release Price seemed misguided and uncalled for as EnVyUs looked like they were one of the top teams that could consistently place well in tournaments. The team’s play has suffered dramatically since the alleged incident, going 1-5 in the last three weeks of Stage 1 while using Havok as  a substitute for Aches in four of those matches. It will be interesting to watch the players and the team as a whole at Stage 1 finals and beyond as most think a roster change is inevitable for the boys in blue.

compLexity Gaming’s group of players have been together off and on for around three years now. Christopher “Parasite” Duarte and Marcus “MiRx” Carter won the second-ever Call of Duty World Championship together in 2013 under Fariko Impact along with MLG Dallas, EGL 9, and UMG St. Louis. Throughout the next three years, Duarte and Carter would continue to team up, usually with current teammates Anthony “NAMELESS” Wheeler and Ricky “Ricky” Stacy. The team has some of the best chemistry in all of the world but it hasn’t really translated to in-game. coL has shown flashes of what Fariko Impact was capable of years ago, but most of the time, they play in an underwhelming fashion. In the Call of Duty World League, compLexity finished as the sixth seed with a 10-12 record. To top it off, the team has absolutely no momentum going in their favor currently. The squad has lost six straight matches, with their last win coming against Team Kaliber on March 2nd.

Luminosity Gaming has shown that they can be something special. The team finished second at UMG South Carolina at a time when they were eighth in the Call of Duty World League standings. The team consists of some of the top young talent in North America with John “John” Perez, Renato “Saints” Forza, Mike “SpaceLy” Schmale, and 2015 World Champion, Chris “Replays” Crowder. Although the team’s talent is immense, the results haven’t been there in their online play. They struggled throughout the season, eventually securing their spot in Stage 1 finals in the second-to-last day. LG has an up-road battle going in if they want to win, as they will have to take down Rise Nation, the team that defeated them in the finals of UMG South Carolina.

Team SoloMid has had their fair share of ups and downs throughout Stage 1. TSM was not able to crack into the top five at any point this season and fluctuated between sixth and ninth for the entirety of Stage 1. At the beginning of the month, TSM inserted their substitute, Andrew “Ivy” Ivers, into the starting lineup, effectively benching veteran Jordan “ProoFy” Cannon. The move didn’t seem to help TSM much as they continued to finish 1-1 each week after inserting Ivers. Team SoloMid just recently announced Cannon’s release, although he had already unsuccessfully attempted to qualify for the relegation tournament with another team this past weekend.

The teams are set and ready to play. Who will be North America’s first Call of Duty World League champion?