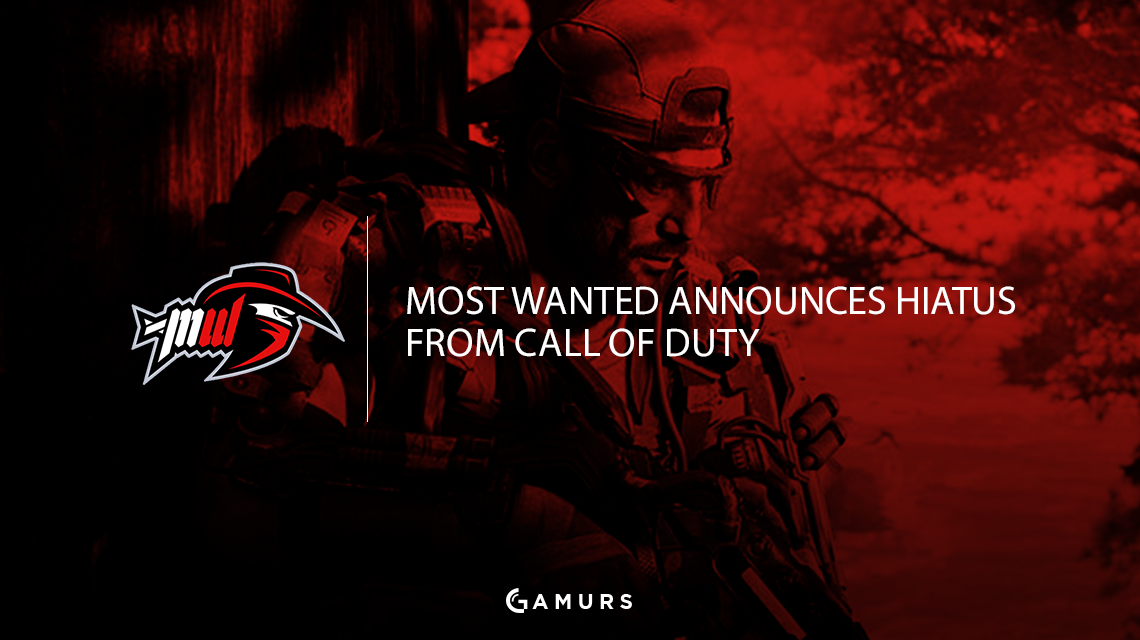 Most Wanted has announced that the organization will be taking a temporary break from competing in the Call of Duty scene.

No more MWCoD, maybe in the future we will come back to CoD. But for now this is Goodbye

With this change, Anthony “Methodz” Zinni, Teegan “TcM” McCarthy, and Tanner “Mosh” Clark are left to begin the Call of Duty: Infinite Warfare competitive cycle as free agents. Notably, Methodz and TcM helped lead their organization to a 17th-24th placing at the recent 2016 Call of Duty Championship alongside Eric “TwiZz” Servello and Mike “Blfire” Glushenok. These new free agents could potentially rile up the “Rostermania” pool, as MLG Vegas (the first event of Infinite Warfare) approaches.