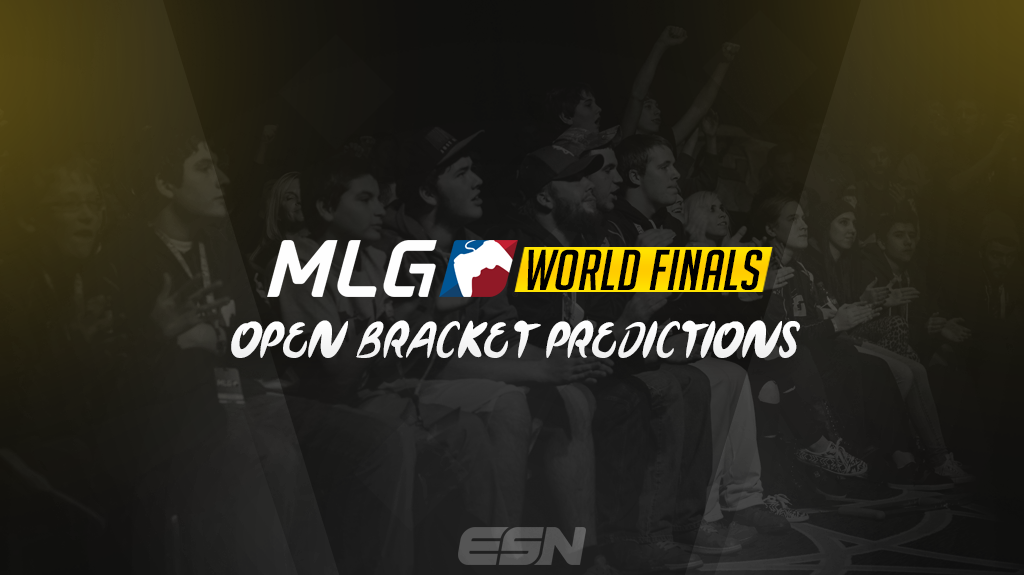 The upcoming MLG World Finals for Call of Duty®: Advanced Warfare will include 16 teams in Pool Play and many more teams within the Open Bracket competing for their share in a $250,000 prize pool. Four of these Open Bracket teams will advance into Pool Play, while four more fall into the Championship Loser’s Bracket.

Although the team is newly formed, they come with lots of firepower with Mochila being a proven top slayer and Royalty coming off of a terrific MLG Season 3 Finals event. In addition, Lacefield and FEARS are two established top-tier players to make this team a top-caliber team. This team also comes into the event with the top seed in the Open Bracket and is lined up for a top-three finish and a spot in pool play.

With so many talented players, if this newly formed team can come together cohesively and Mochila and Royalty can resume their high caliber forms this team could give anyone a run for their money.

Although they don’t compete in the MLG Pro League, JusTus won the Open Bracket and placed Top 9-12 at UMG D.C. They come to the MLG World Finals with the same experienced lineup of Mike “ Spacely ” Schmale, Adam “ Assauhlt ” Garcia, Dylan “ Envoy ” Hannon, and “ Kenny .” Although none of them except Spacely are well known in the competitive scene, their performance at UMG Washington D.C. 2015 , especially for an open team, was indicative of much better known teams. After another month of practice, expect this team to be highly motivated coming into the event.

Although they only have the fourth seed in the open bracket, look for them to try and prove themselves in the last event of Advanced Warfare. JusTus has everything to play for and hopefully for them the talent to advance outside of the losers bracket. If Spacely can step up, this team has a high ceiling at this tournament.

Prediction: Second in Open Bracket, Top-12  in the tournament

After originally strong performances at UMG California with a third place finish and a victory at MES Detroit 2015 , Enigma6 has endured a difficult few months with poor performances at UMG Dallas and at UMG Washington D.C. Enigma6 is surely looking to change that heading into the World Finals with a strong performance in the second biggest event of the year. The team who after a post-UMG D.C. lineup shakeup is led by Jordon “ General ” Holloway with teammates Jordan “ ProoFy ” Cannon, Johnathan “ John ” Perez, and Kelsey “ ExiB ” Newsome, this team is looking to come together in their first event with their new lineup.

After several months of roster turmoil and the disappointing placements, advancing past the Open Bracket would be huge for this still very young team. Advancing to pool play could do wonders for their confidence heading into Call of Duty®: Black Ops III and raise expectations for a team who had been projected to become one of the new powerhouses in the competitive world.

Without their former slayer Chris “ Parasite ” Duarte who they had some of their best placements with, they seem to be lacking the slaying power that they had with him. ProoFy needs to step up and find a way to consistently slay out for this team to become a force again.

After being dormant for several events 3sUP is back with a strong lineup who could surprise a lot of people in the open bracket. After finishing in a disappointing 9 th -12 th place at the MLG Season 3 Relegation Tournament, 3sUP is aiming towards a strong placing at the World Finals. Led by CoD veteran Danny “ Miyagi ” Ho with teammates Cameron “ CaLiFa ” Joyner, Tyree “ Legal ” Glover, and “ Aries ” the team is also trying to recover after a recent lineup change. Less than a week ago, the team announced that Isaac “ Fox ” Padilla had been dropped from the team after he decided not to come to the event.

The turmoil could threaten their performance at the World Finals’ as they will be playing with last second substitution Aries. Despite their recent shakeup they have a strong lineup headlined by Miyagi and CaLiFa who have proven themselves before at the highest stage. If those two can repeat their past glory with a strong performance, this fifth seeded team has a real chance at advancing out of the Open Bracket. To get to pool play though they need to defeat Team JusTus, with a loss to them most likely sending them to the Championship Losers Bracket.

Do you agree with our Open Bracket predictions? Which teams do you think will advance to the Winner’s Bracket? Let us know in the comments below and keep up with all our MLG World Finals event coverage on Twitter – @eSportsNation .