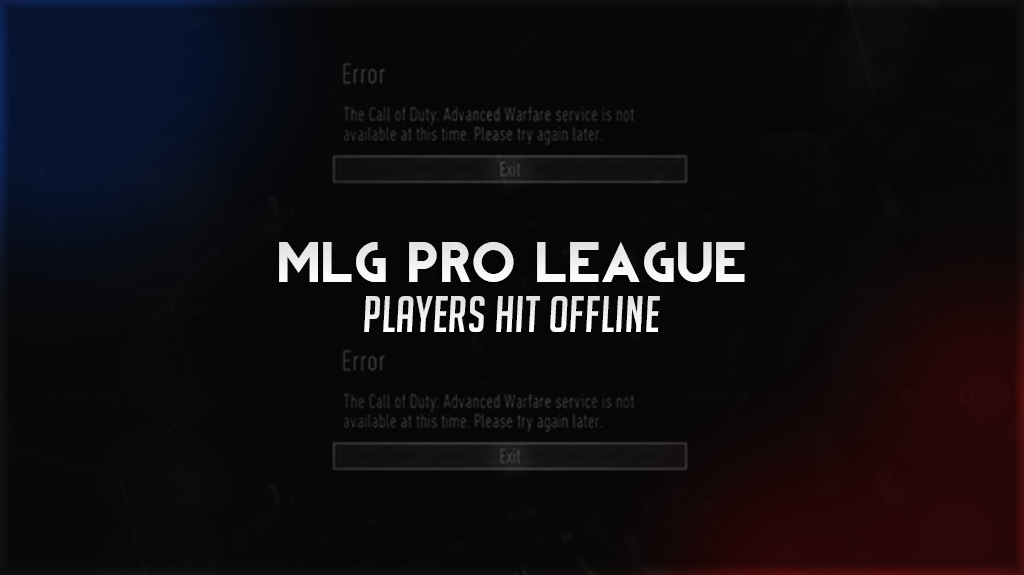 A recent increase of Distributed Denial of Service (DDOS) attacks, or getting “hit off,” is becoming a serious issue that teams are facing daily in the MLG Pro League for Advanced Warfare, resulting in some matches being postponed or delayed drastically.

DDOS attacks are fairly common in the online gaming community and many players have been fighting the issue for years. There are only so many preventative measures you can take to ward off potential threats.

In the past, a few league matches had some problems with players getting hit off, but were allowed to continue because the problems were eventually able to be resolved. However, during week three of season three, things went downhill.

A standard league day of four scheduled matches turned into one match and one map being played because of players getting hit off. During FaZe Clan vs. Denial eSports, the only match that was fully played out, players from both teams were being relentlessly hit off. One map into the next series, and MLG decided to call it a night and postpone all other matches for the day. Players were being hit every few seconds, and it was just painful to watch.

Sometimes the attacks are personal in nature and the victim may know the attacker. However, most of the time people getting hit off have no idea who is doing it or the reasons behind it. The reasons for the recent increase of DDOS attacks may surprise you.

With the rise of the betting/fantasy league site Vulcun, spectators are getting malicious. Now that money is involved, people are doing anything to make sure the players on their fantasy team perform well. Even stooping as low as hitting players from the other team offline.

If you’re unfamiliar with what this is, let me help you out a little bit. Hitting someone offline basically means finding a person’s IP address, and preventing that address from making legitimate requests to a server. This IP then cannot, in the case of a gamer, join a game without losing connection or having extremely slow connection.

The problem here is obvious, but really the solution could be simple.

The system in place for professional League of Legends play is the most secure of any pro league, but it is slightly impractical. All league matches are played on LAN at a single venue in California. The problem here is that all players basically live in or extremely close to California, and that’s honestly just a little ridiculous.

Professional Counter-Strike: Global Offensive (CS:GO) league matches are all played online, and they do not have as much trouble as CoD. Here is the simple solution. CS:GO players, unlike CoD players, do not use Skype as a form of team communication during matches. Instead, they use teamspeak servers.

Skype is widely known to be easy to steal IP addresses from. If you know someone’s Skype username or can guess it, you can get their IP address and hit them off until they change it. Obviously this makes CoD players easy targets, and getting the players off Skype would help a lot. A few players already know this.

Now obviously having all of the pro players delete their Skype accounts would be a big deal, and it wouldn’t necessarily fix the problem completely. When it comes down to it, all this really is now is damage control. Without the access to players’ Skype accounts it would be much harder for people to find the IP addresses and hit players offline, but it would still be possible. That is the reality of online play.