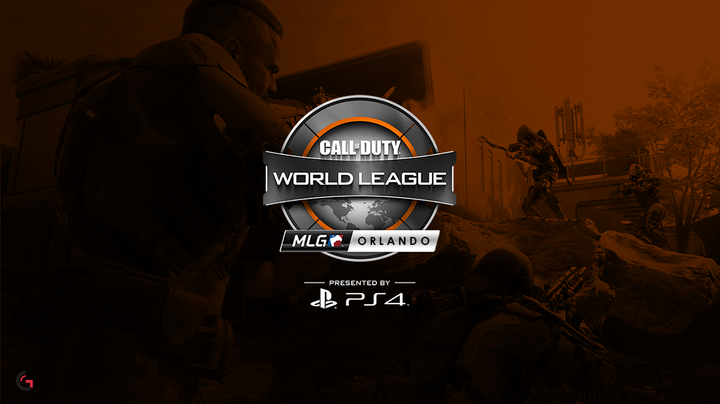 The last major tournament before the Call of Duty World League Championship begins this weekend. MLG Orlando, the second event hosted this year by Major League Gaming, will feature all of the top North American talent as well as one European team trying to earn the distinction as one of the best in the world. A $100,000 prize pool and great competition await in Orlando, now let’s see how the groups have been arranged.

The group stages initially have 12 teams, and 10 of them played in the North American Call of Duty World League in Stage 2. Organizations missing from the list are 100Thieves, who has completely disbanded, and Cloud9, who did not make it past the first round of playoffs and also split up. In their places are Team Kaliber and EU’s Team Infused. Team Kaliber has a long history as an organization in Call of Duty. After failing to requalify for the Call of Duty: World League, the roster split. Theory and Goonjar have been associated with the organization off-and-on for years, and now they have brought on ColeChan and Happy. In Group B, Infused have their hands full but are considered one of the top teams in Europe and have performed well on the international stage in the past. At MLG Anaheim, they managed to place fourth overall and had to move all the way through the open bracket to do so. Infused will look to repeat that this weekend.

Seedings for the event seem to correspond to team placings from the Stage 2 playoffs, as Team EnVyUs and Dream Team take the number one and two seeds, respectively. OpTic Gaming is not considered a high seed due to a first round exit at playoffs, but many would predict they will move through. However, Luminosity has a history of beating OpTic on LAN this year and may move out of the group ahead of OpTic.

The most difficult group goes to Group C. Both Rise Nation and FaZe Clan have been very strong this year and are joined by a brand-new compLexity Gaming roster who may have what it takes to upset the powerhouse teams.

The tournament begins this Friday, Aug. 5 and ends on Aug. 7. Catch all of the action on Twitch.tv/MLG.

What are your thoughts on the pools for MLG Orlando? Who do you think will win each pool? Let us know in the comments below or on Twitter @GAMURScom.