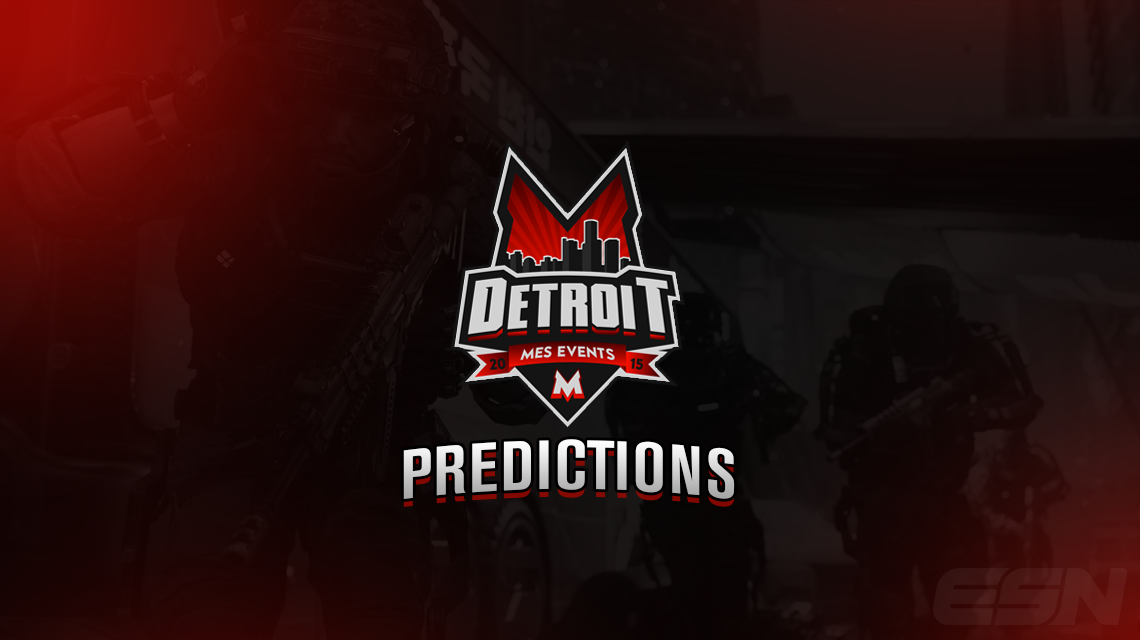 *Note: these are personal ESN staff predictions and opinions. The following decisions were determined and based off of recent Advanced Warfare events and Major League Gaming Season 3 action.

This event will include a double elimination Open Bracket, similar to the previous MES event held in May. More information on bracket play and the event schedule can be found in the MES Detroit 2015 Event Preview .

Here is a GIF of just a handful of teams competing in the #MESDetroit25K:

With OpTic Gaming, FaZe Clan and Denial eSports all not attending #MESDetroit25K, a new champion will be crowned as just the fourth organization to win an event during Call of Duty®: Advanced Warfare . Team EnVy is poised to make a run at this title as one of the most consistent teams from the past few events and Season 3 action, but look for Team eLevate to put up a good fight as they are probably the second-best team attending this event.

After EnVy and eLevate, other teams from the pro league that could place well at this event include Team Kaliber, Epsilon.NA and Rise Nation. However, after these teams, there is a bit of a drop-off in the competition.

3sUP Enterprises is my darkhorse for this event with the addition of Jonathan “Pacman” Tucker and Jevon “Goonjar” Gooljar-lim, and look out for XGN Competitive to be in a position to make a run for the title after reuniting Adam “KiLLa” Sloss with Phillip “PHiZZURP” Klemenov.

Dream Team brought Josh “Watson” Watson over from the UK and added him to their roster, but the addition of Watson might not be enough to get dT more than a Top 8 placing. Tactical Turtles could be ready to make another surprise run at this event, especially since three-fourth of their roster won the previous MES event held in May under Enigma 6.

After these teams, VanQuish Gaming, Onslaught eSports, Stunner Gaming, STDx eSports and Relapsed Clan are all among the teams outside of the Top 8 looking in to try and be the next team to make a name for themselves.

Did you agree with our MES Detroit 2015 bracket and overall predictions? Let us know by commenting below or tweeting us @eSportsNation .