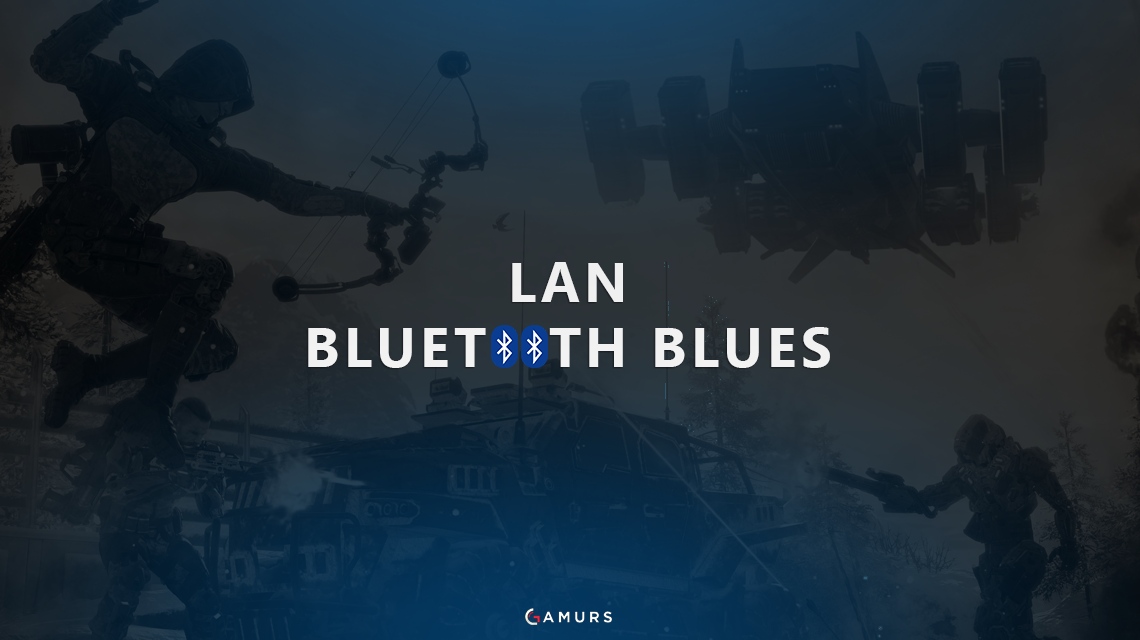 Nowadays, almost everything we interact with makes use of radio wave technology, with Wi-Fi and Bluetooth probably being the most common as of now. The PlayStation 4 controller uses Bluetooth to transmit signals to the console and register the user’s input. This is mainly designed to transmit signals over short distances of less than 30 feet. This is one of the reasons why we rarely see controller issues occur when players are competing on the mainstage.

It is no secret that we have seen controller issues and malfunctions dominate the last few LAN events for Call of Duty. The competitors are becoming increasingly irate with controller interference from other Bluetooth devices and understandably so. The real question here is whether or not something can be done to mitigate the controller issues, and if so, why has it not already been done.

The highly anticipated MLG Anaheim LAN will take place next month and with all the hype surrounding this particular event, it would be a shame to see what is usually a spectacle to behold, tainted by hardware issues that could more than likely be avoided.

The main issue with the Sony PlayStation 4 controllers only occurs at LAN events as Bluetooth interference from the environment around the players can make using these devices near impossible. The previous LAN events, most memorably UMG South Carolina and more recently the ESWC in Paris, have seen controller issues take center stage at different points in the competition.

This is a new problem to the Call of Duty competitive scene, as all competitions since Call of Duty®: Black Ops have been played using Microsoft (Xbox 360 and Xbox One) consoles. These Xbox controllers could be used as both wired and wireless controllers, depending on what was required. It meant that at LAN events, everyone could plug in their controller and these issues could be avoided.

This is not currently possible with the Sony controllers. Even when plugged in via USB cable, the device will still operate using Bluetooth technology. This presents a major problem at LAN events as there are often hundreds of systems in use at the same time, operating with Bluetooth in a relatively small space. This in itself is a recipe for disaster, as we have seen on a few occasions.

As a result of this, we have seen interference from mobile phones, other controllers and also Wi-Fi signals causing major controller malfunctions for competitors at these LAN events. ESWC tried to combat the interference by preventing people from standing in close proximity to the competitors but this was easier said than done.

No ones allowed to stand behind the players they said. First map ends and I have slow turn x100 and didn't complain once

Short of banning spectators from side station games altogether, there is not a whole lot event organisers can do to combat this chronic issue. It impacts the players when the hardware they are using to compete fails as it is a very unpredictable event and does not affect each player equally. This gives teams unfair advantages based on the luck of the draw.

The knock-on effect of this is disruption to tournament schedules while the organisers try to figure out the best way to deal with the difficulties. This is a very undesirable situation for all involved as both players and fans become confused with the stage the competition is at.

While there are currently controllers on the market that are actually compatible with the PS4, they are obviously not a viable option, being third party devices. Partnerships and sponsorships by the likes of Scuf Gaming ensure that professionals will not use anything other than their favourite controller designers which is completely understandable.

It seems that the only real solution that can solve this issue for once and for all is some sort of firmware update to makes the controllers act as wired devices when connected via USB cable. It has not been confirmed whether or not this is possible, but something of this nature needs to be done as both fans and players are becoming increasingly annoyed at the lack of action on this particular issue.

In my opinion, this should have been already dealt with by now or had some sort of contingency plan in place to prevent any further disruptions and it seems as though everyone is hoping it will quietly go away as opposed to taking some sort of action.

There may not be enough time to find a solution before MLG Anaheim in June, but the fact that there will be an open bracket tournament taking place just points to more controller issues that player and fans wish to avoid at all costs. Everyone is hoping that something can be done soon, but for the moment, it looks as if this will be an unwelcome obstacle at LAN events in the foreseeable future.

What do you think could be a possible solution for the controller issue on LAN? Let us know by commenting below or tweeting us @GAMURScom.