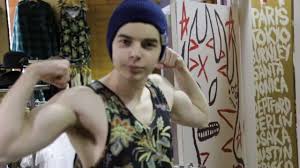 Being Optic Nadeshot must be nice. He is clearly the most popular person in the competitive Call of Duty community, with a gigantic YouTube and Twitter following and an eSports franchise based around him. He even gets a say about when MLG hosts an online tournament!

Nadeshot tweeted out a plea for a cancellation of Sunday’s 5K series tournament due to the fact the Super Bowl will be taking place that day:

He then received a response from Mr. Adam Apicella, Executive Vice President of MLG, saying that the 5K was officially cancelled so that everyone could enjoy watching the Super Bowl:

It would appear as if Nadeshot single-handedly canceled the tournament. While it’s true that MLG may have made that decision ahead of time, Nadeshot clearly has some power in the competitive Call of Duty community.