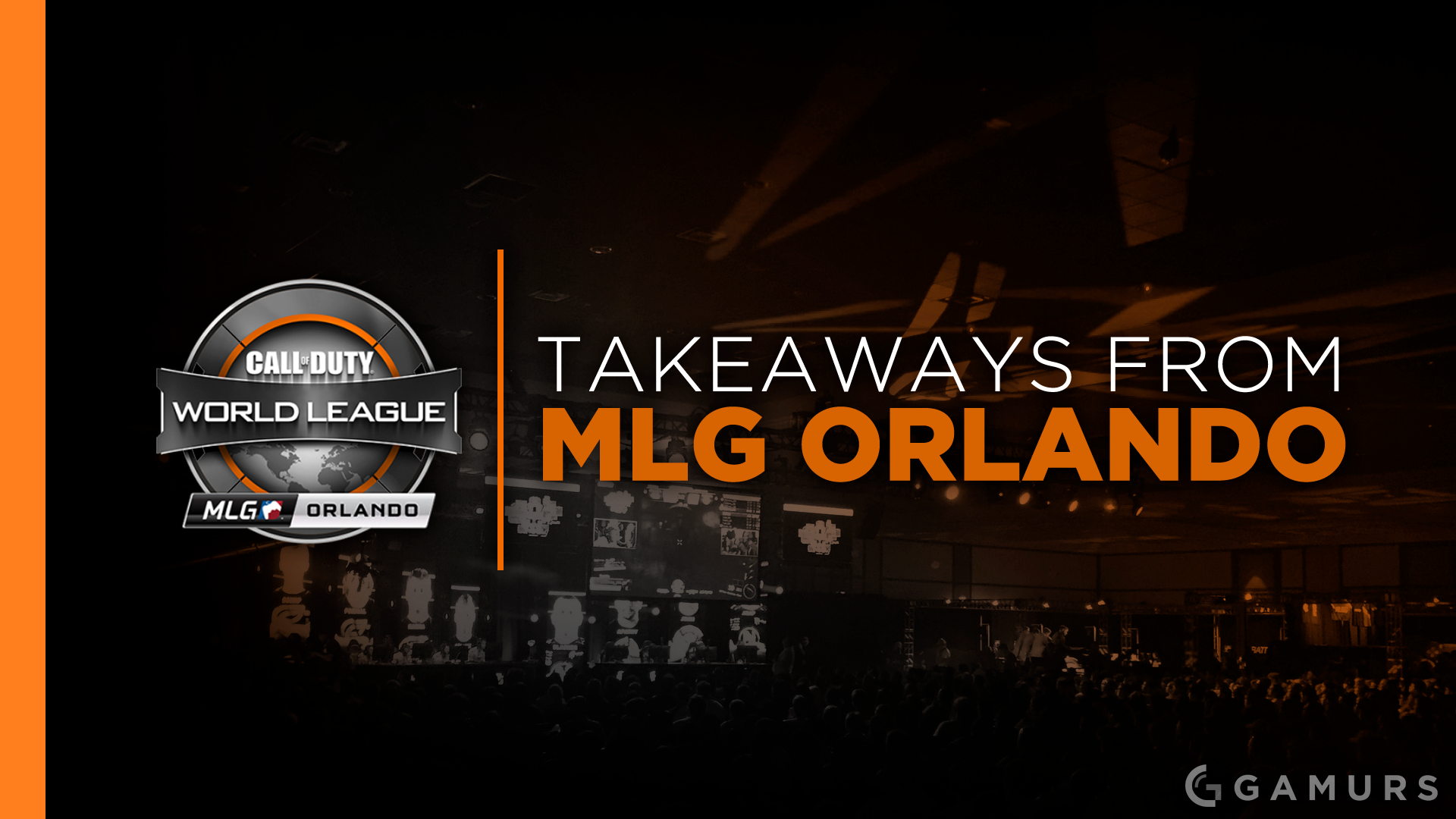 Major League Gaming (MLG) concluded its second open LAN event of the year, this time in Orlando, Florida. Their first event in Anaheim was a nice “welcome back” to Call of Duty esports, but Orlando turned out to be quite the celebration.

CALL OF DUTY IS FAR FROM DEAD

The intense action this weekend and the support from fans was overwhelming. Major League Gaming has long been the biggest supporter of Call of Duty esports, but the restructuring of the esport this past year put the event organizer on the backburner. After MLG Orlando, they are at the forefront of the game once again.

An open bracket event is always going to be a hit, but especially so when MLG is organizing it. Players from all over North America (and sometimes from even further away) flock to MLG events with their teams to test their skills against the best teams in the world. Team passes always sell out and spectator passes often do as well. Everyone heads to the event to have a good time and witness the best Call of Duty action out there, and they never leave disappointed. But you do not have to be physically present to enjoy it.

Nowadays, viewers at home have more options than ever before to watch live streams. Streams from MLG Orlando were broadcasted on Twitch, MLGtv, the in-game Live Event Viewer, and even on Facebook. Twitch was the most popular streaming platform for viewers this weekend, but MLG made good use of their own platform, which also powers the Live Event Viewer found in-game for PlayStation 4 users.

On top of that, the new “Enhanced Viewing Experience” (EVE) created by MLG was a hit at the MLG Columbus CS:GO Major and was used once again for Orlando. The feature provides team rosters and in-game stats for the teams playing on screen, all on top of the regular stream production. MLG also made use of their Facebook page, streaming the Grand Finals entirely from OpTic Gaming’s perspective. At its peak, the streams combined for about 160,000 concurrent viewers during the Grand Finals match between OpTic Gaming and Team EnVyUs. These numbers have rarely been seen this year and are reminiscent of MLG Columbus from November of 2014. Through all the issues this year and the naysayers, Call of Duty is certainly not dead, and MLG Orlando proved it. Now the question is, will Call of Duty XP be able to keep up?

THE COMPETITION IS FIERCER THAN EVER

It has been a long time since a Call of Duty tournament had multiple top contenders. Call of Duty World League caster, Clint “Maven” Evans, even said before MLG Orlando, “I swear this is the closest we’ve seen top teams be in a long time.” You could almost say there was no clear favorite to win, but that’s a lie: OpTic Gaming may have had a rough time at the Stage 2 playoffs but they can never be underestimated. Their reign has not yet come to an end, as the results of MLG Orlando proved, but there are a variety of other teams waiting on the sidelines for their big shot.

Team EnVyUs is one of those teams. The start of Stage Two was a turning point for the storied esports organization. EnVyUs made two big roster changes, replacing TeePee and ACHES with Apathy and John, which improved the team immensely. First place finishes, in the Stage Two regular season and playoffs, as well as in a 500 Series tournament, have been accompanied by a flurry of other top placings, including second place at MLG Orlando.

Team EnVyUs, organization and players alike, are doing better than they have in years (besides JKap, who won CoD Champs last year). In the Grand Finals at Orlando, EnVy managed to go up 2-0 on OpTic Gaming, who then responded to the disrespect by taking the next two maps. EnVyUs then closed out the series, but that was not enough to win the tournament. Because they were knocked out in the quarterfinals of the knockout stage by Rise Nation, a second best-of-five series had to be played to determine the tournament champions, and by then, EnVyUs was all out of gas. The second series was dominated by OpTic.

Rise Nation beating Team EnVyUs is also significant. It more or less means that both teams are fairly even in skill, even more so because they traded series at Orlando, much like they have all year. Rise began the year as a solid contender with OpTic Gaming before falling off a bit. Fans blame it on Octane, who noticeably fell off after slaying hard in Stage One of the Call of Duty World League. Or rather, fans blame his girlfriend who he has apparently been spending a lot of time with. Either way, Rise is not the team they once were, but they are not bad either. A top four placing at the Call of Duty World League Championship is expected of Rise because they can beat anyone, including OpTic.

Talent outside of the North American teams is nothing to laugh about either. Team Infused made it clear that they mean business, placing fourth at MLG Anaheim and top-12 at Orlando. They defeated several good North American teams this past weekend (“Ground Zero” and H2k-Gaming), and they are not even considered the very best European team. Well, it depends what day of the week it is – European Call of Duty has been unpredictable this year. Top teams include Splyce, Millenium, HyperGames, and the aforementioned Team Infused and any of them can win a European tournament on any given day. Expect each of these teams to have a good showing at the Call of Duty World League Championship.

OPTIC GAMING IS STILL THE BEST

Again, OpTic Gaming is still the best team in the world. They have been the best
team in the world for such a long time that it is hard to imagine it any other way. A few bad performances here and there come down to this: when OpTic Gaming play in a group play to double elimination format, they will outlast all of their opponents. If it is like in traditional sports where sometimes you do not have to be more skilled than your opponent, you just have to be better conditioned than them. Well, OpTic Gaming are more skilled and better conditioned.

MLG Orlando was more or less a breeze for OpTic. They met Luminosity Gaming in group play and handled them easily enough, even though Luminosity has been a dark horse this year and even knocked OpTic out of the Stage Two playoffs. Surprisingly enough, Kingsmen gave OpTic a scare in group play, but it was not enough. OpTic then went on to defeat Ground Zero, had a close series with Rise Nation, and then shut out Team eLevate in the winner’s bracket finals before defeating Team EnVyUs in series two of the Grand Finals to claim the tournament trophy.

Obviously, OpTic is not completely unstoppable; no one can do it consistently. MLG Orlando was far from a perfect tournament for them, but as long as they perform just slightly better than the other teams there, it doesn’t matter.

Crimsix had this to say about the event: “To us, honestly, this is just practice. This is practice for the big one.”

The “big one” being the Call of Duty World League Championship. Crimsix has won before, and Karma has won it twice. Somehow, Scumpi and FormaL have yet to do so, but this year seems like the one for them. It is not clear if a victory at the Call of Duty World League Championship will cement OpTic Gaming as the best team of all time, but it sure will help. First, they need to win it, and as we know, there are a lot of teams standing in their way.

Josh Billy is a long time Call of Duty fan. Email him at [email protected] or follow him on Twitter @Orbit_CH3MISTRY.