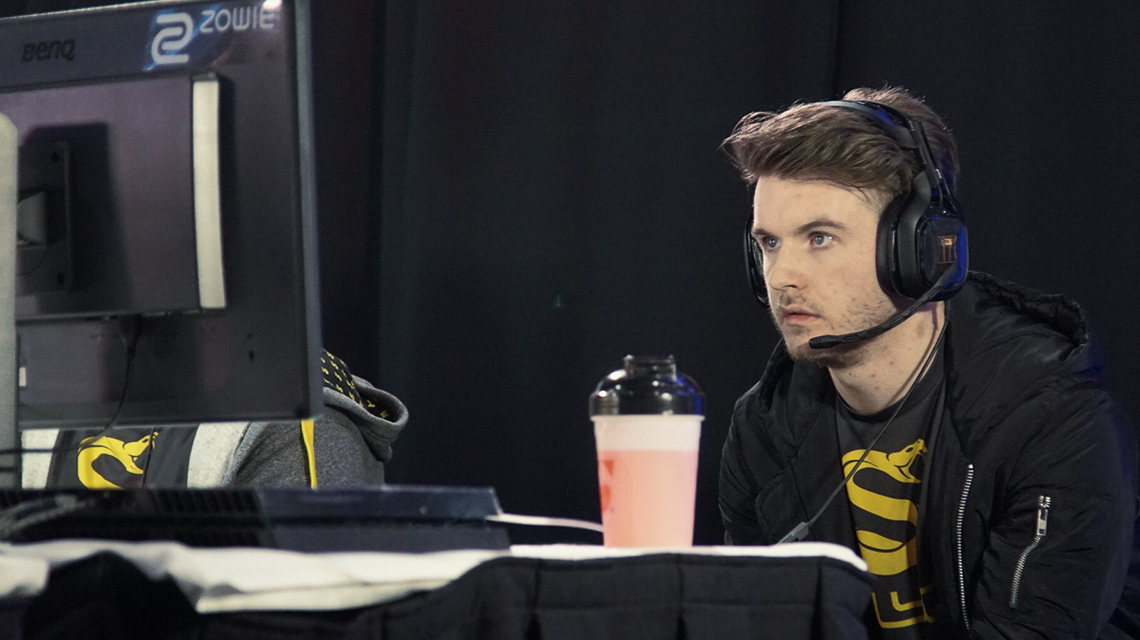 This past weekend, all of the top Call of Duty teams from around the world competed in the Georgia World Congress Center with $200,000 on the line at the 2017 CWL Atlanta Open. There were several storylines heading into this event, but none were as prevalent as the North America versus Europe rivalry.

Widely considered to be the top team in Europe, Ben “Bance” Bance, Joshua-Lee “Joshh” Shephard, Jordan “Jurd” Crowley and Dylan “MadCat” Daly traveled across the pond following a second place finish at the 2017 CWL London Invitational. As the team with the most pro points in Europe, Splyce earned the top seed in Group B for Atlanta, as they were set to square off against OpTic Gaming, Evil Geniuses and Allegiance in pool play.

Splyce began their tournament run in Atlanta on Friday with a hard-fought 3-1 win against Evil Geniuses. Splyce was able to win both Hardpoints by over 75 points and win the Uplink in overtime, but they lost the Search and Destroy in round 11.

Next up in pool play was Allegiance, who Splyce also defeated 3-1. After losing the first map by 13 points, Splyce bounced back to win three games in a row, including a 250-133 victory in game four, Throwback Hardpoint.

Splyce’s ended play on Friday with the final match of the night in a juggernaut showdown against OpTic Gaming; Europe’s finest against the long-time kings of North America. Everyone was expecting a high-octane match, but OpTic dominated this series, sweeping Splyce 3-0.

Entering Saturday with a record of 2-1, Splyce was in control of their own destiny; a win over the open bracket team would almost guarantee their spot in the championship bracket. Pnda Gaming qualified for Group B, and Splyce was able to defeat them 3-1 to earn the second seed in their group.

When looking back on their triumphs in pool play, Jurd truly wasn’t sure what contributed to their 3-1 record. “I honestly don’t know,” Jurd said. “I feel like we just clicked and played to our potential. We were all on the same page and we just beat those teams.”

Their second place finish in Group B meant that Splyce would face off against the first place team from Group D, eUnited, in the first round of the championship bracket. Splyce got off to an extremely hot start, winning Breakout Hardpoint 250-118 and Scorch Search and Destroy 6-2 to go up 2-0 in the series.

But, after that, it was all eUnited, as the eventual CWL Atlanta champions pulled off the reverse sweep to send Splyce down to the losers bracket. “They just outclassed us on the last three maps to be fair,” Jurd said. “In the first two maps, we started off hot, but that Uplink, they just got all of their confidence back by beating us. They steamrolled us in the next Hardpoint, and that followed through to the SnD as well.”

This loss against eUnited slotted Splyce into the fourth round of the losers bracket, where they would meet up against The Gosu Crew Blue to begin play on Sunday. Gosu was coming off some incredible wins in the losers bracket Saturday night, including 3-1 victories over Renegades and Cloud9, followed by a 3-0 sweep of Enigma6.

Splyce, however, was too much for this young squad to handle, as the Europeans swept Gosu 3-0. “I thought that they’d put up a better fight,” Jurd said. “The hardpoint was relatively close, but in the SnD and Uplink, we just took over and played our own game. It was an easy win.”

After defeating The Gosu Crew, Splyce advanced to the fifth round of the losers bracket, where they faced off against their European brothers on Team Infused. But, after such a strong showing against Gosu, the wheels just fell off as Infused 3-0 swept Splyce.

Splyce 3-0 swept Infused at the 2017 CWL London Invitational, so it was almost poetic revenge for Infused, who eliminated Splyce from Atlanta with a top-eight finish; earning $4,000 and 7,000 pro points. “That [series] was just a mess,” Jurd said. “We just didn’t play to our potential and we were all over the place. I guess they outplayed us, but I don’t think we played to our potential and really showed what we could do.”

Beyond that, Jurd felt that there was one key takeaway from Atlanta for his team heading into another event this weekend. “We showed our potential in the teams we did beat when we performed together as a team, but we just have to get consistent,” Jurd said.

Even after getting some good practice in Atlanta, Jurd was very clear about his expectations heading into the 2017 CWL Paris Open. “Top-three minimum,” Jurd said. “Anything apart from that is a failure.”

With two tournaments on consecutive weekends, Splyce won’t have much time to prepare for CWL Paris; but, as Jurd said, if his team can get consistent and play to their potential, there isn’t much else for them to work on. The Call of Duty community will be watching intensely to see if Splyce can earn the top-three finish that Jurd craves, and expects, in Paris on Feb. 17-19.

What are your expectations for Splyce in Paris? Let us know by tweeting us @GAMURScom.