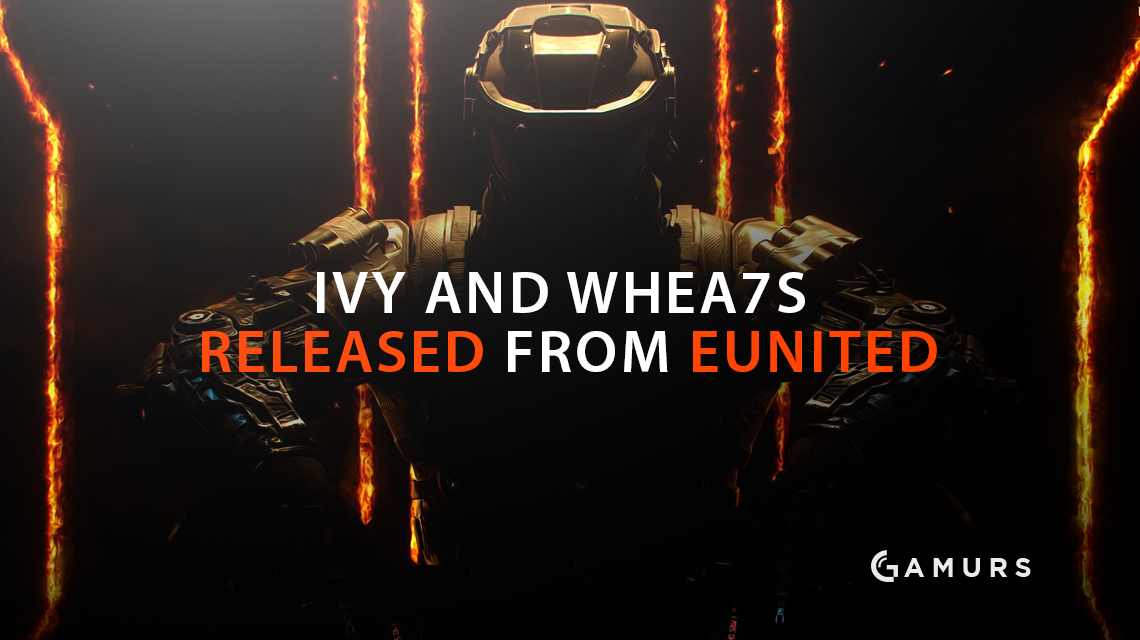 The roster shakeup continues for Call of Duty team eUnited, who has announced that they have parted ways with two of their players: Andrew “Ivy” Ivers and Jamal “Whea7s” Lee.

This is the second time the pair has parted ways with the newly formed organization, who were established before MLG Orlando. The team finished in a disappointing top-20 place at the event, so the organization saw room for improvement and dropped the two, only to then pick them back up again after realizing not many betters options were on the table for Call of Duty XP. At CoD XP, the team failed to make it out of the group stage and thus finished at the bottom of the tournament in the top-32.

After the lackluster showing at XP, eUnited decided to drop the two players again and look for new players, which will hopefully come easier for them with XP past and the free agency pool a little more open. There is no word yet on who the replacements will be for eUnited, but Adam ‘KiLLa” Sloss said on stream that Ivy was being looked at for the Renegades roster, although there is no official word from Ivy or Renegades on that rumor.

As far as Whea7s and his future, there is nothing swirling around just yet, but he does have potential as a player, so I suspect he will have no trouble finding a new home.

Who do you think eUnited will end up adding to their team? Where do you think Ivy and Whea7s will land? Let us know by commenting below or tweeting us @GAMURScom.