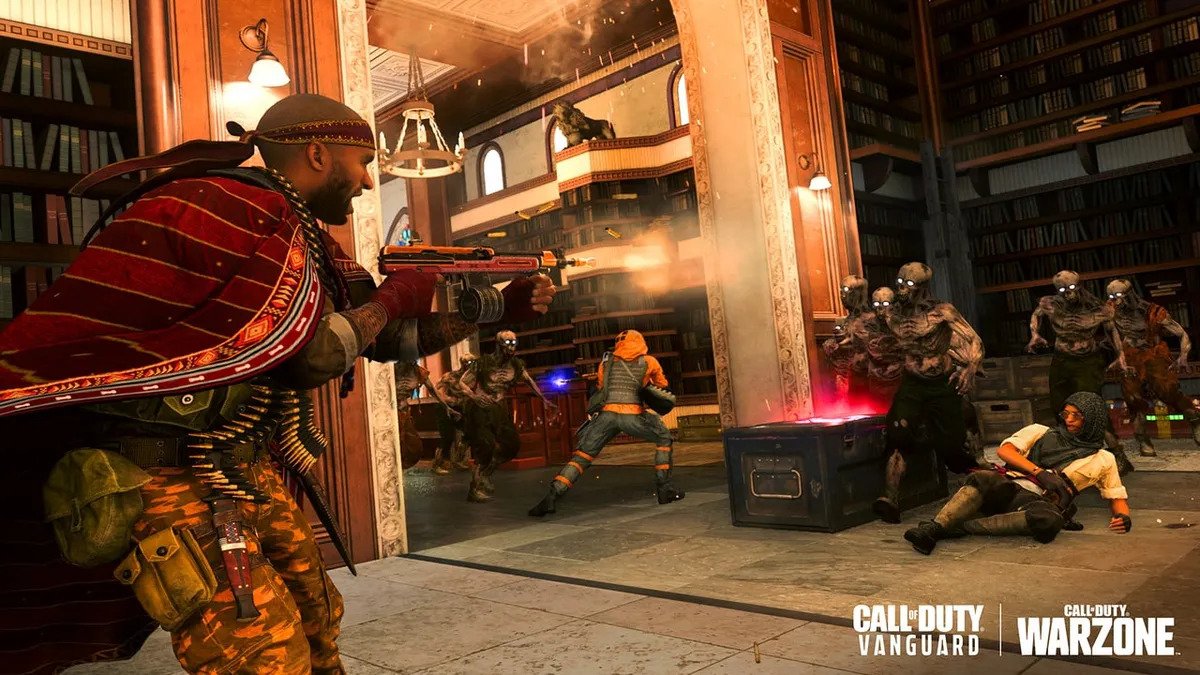 Call of Duty: Warzone was released in 2020 on various platforms, including PC, PlayStation 4, PlayStation 5, Xbox One, and Xbox Series X/S. Warzone might not be the best Call of Duty game released in modern times, according to old-school fans of the series, but the game slowly improved over time.

The game kept its fans engaged with a variety of events and maps. Some of these maps became more popular than the rest and were highlighted in later events.

One of those maps, Fortune’s Keep, was a fan-favorite map. The map was cycled out with updates and is now back in the game along with a brand new Cursed Ground event. Both of these are going to be released during the new mid-season update.

To prepare for the arrival of the mid-season update, the developers turned the ground of the Fortune’s Keep map into Cursed Ground. This change was specifically made for the upcoming Cursed Ground event. This new, limited-time event will spawn zombies into Fortune’s Keep that will guard all of the treasure and rewards that the players seek to acquire. They continually spawn in the areas around the Cursed Chests, making it apparent that the Chests are hidden somewhere nearby.

The Cursed Ground event also features incredibly rare loot for players to unlock. This loot comes from the Cursed Chests scattered around Fortune’s Keep. In these Cursed Chests lie high-quality items and strong powerups that will increase any player’s overall strength.

These Cursed Chests appear all over Fortune’s Keep. To start the event, players need to simply interact with any of the Cursed Chests. They won’t appear on the map, so players need to keep their eyes peeled for them. This will trigger the continual spawning of zombies that players have to deal with, so making sure that the ammunition is plentiful enough is absolutely essential.

If any of the Chests are found, first make sure none of the other teams are around at the time. Then players need to kill all the zombies in the area around the chest and collect Wisps that spawn. Keep in mind you will encounter more difficult waves of Zombies as your Wisp collection grows throughout the match. If enough Wisps are collected, the rest of the zombies will die and players will be able to open the Cursed Chests and access the rewards.

These Cursed Chests contain varied loot such as cash, equipment, field upgrades, gear, killstreaks, perk tokens, and different powerups. Clear the Cursed Chests quickly lest another squad reap the rewards of your hard-earned loot. Preferably, have a Portable Redeploy Balloon ready to go.

If you do manage to get a good haul and escape the enemies successfully, you will acquire some of the best gear available this season.

The upcoming Season Four Reloaded is already generating a ton of interest along with a bunch of new content additions on the horizon, including the Terminator crossover event featuring new cosmetic skins and the Titanium Trials Endurance mode.