Envoy: If there was no Grapple Gun, some maps would be 5 ARs, and that isn’t fun to watch or play 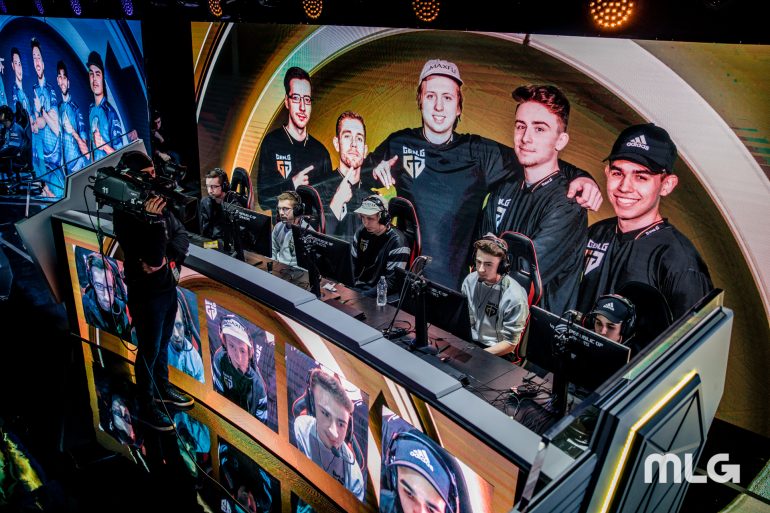 Since the launch of Call of Duty: Black Ops 4 in October, Dylan “Envoy” Hannon has established himself as one of the most talented players in the game.

After dominating the CWL Pro League Qualifier in January and the first several matches of the league as a part of Midnight Esports, Envoy joined Gen.G just before CWL Fort Worth. The team, with limited practice as a full team, finished top eight.

Gen.G cracked the top six at this past weekend’s CWL London event, but the 19-year-old is still not satisfied. Dot Esports spoke with Envoy after CWL London, and we asked him about the progress Gen.G has made, if they feel any pressure as the top team in the CWL Pro League, and where he would want to play in the franchised CoD league.

Gen.G finished top six at this event. How do you feel about your personal performance and your team’s?

Envoy: Personally, I feel that I had a pretty good event. From Fort Worth to London I stepped up my SnD game, which was definitely my weak point. As a team, we still aren’t satisfied with placing T6, although it is an improvement from last event.

You guys won four straight matches to start the tournament (three in pools, one in bracket), but lost a close series to 100 Thieves and then to Envy. Do you think the loss to 100T broke your momentum and affected you during the Envy match? Why or why not?

The loss to 100T didn’t really break the momentum for the Envy match, more just us making small mistakes and them capitalizing big on them.

This was your second event as a part of Gen.G, and it was a placing improvement. How well do you think you’ve fit with the team so far? How much more comfortable was this event over Fort Worth?

Since joining Gen.G, we’ve meshed pretty well in and out of game. This event was definitely more comfortable for us as a squad because we had a lot more time to prepare instead of just a week before Fort Worth.

Although we did improve on our placement from Fort Worth, we’re all not satisfied with how abruptly our tournament ended in bracket play.

When you return to the CWL Pro League, you’ll try to hold on to the best record in the league. Is there any added pressure that comes with the best record or top spot in the division?

Personally, I don’t feel that there is any pressure for us to hold the top spot in the league. Our main goal right now for the next split of the league is to iron out these mistakes for Anaheim and to take it match by match until we are locked in for playoffs.

How do you feel about the current meta? What would you like to see changed and why?

The current meta is actually pretty solid. I love the addition of the KN. My one issue is that lots of teams now run 4 ARs on most maps, and we’re starting to see less and less subs.

I’m a firm believer that if there was no grapple in competitive, some maps would be 5 ARs, and that in my opinion isn’t fun to watch or play.

Lastly, the first five cities were announced for the franchised CoD league? What additional cities do you expect to be announced, and which city would you most want to represent and play in?

For the league next year, I think we are definitely gonna see a few more OWL teams step into CoD. Activision Blizzard is doing amazing things with OWL and that’s intriguing these big companies to move into CoD, along with some of the existing OWL teams that have a long history in Call of Duty—like Splyce and Envy.

We will probably see more big cities announced here soon like LA, Philadelphia, and Boston. If I could choose where I could play, it would 100 percent be LA.