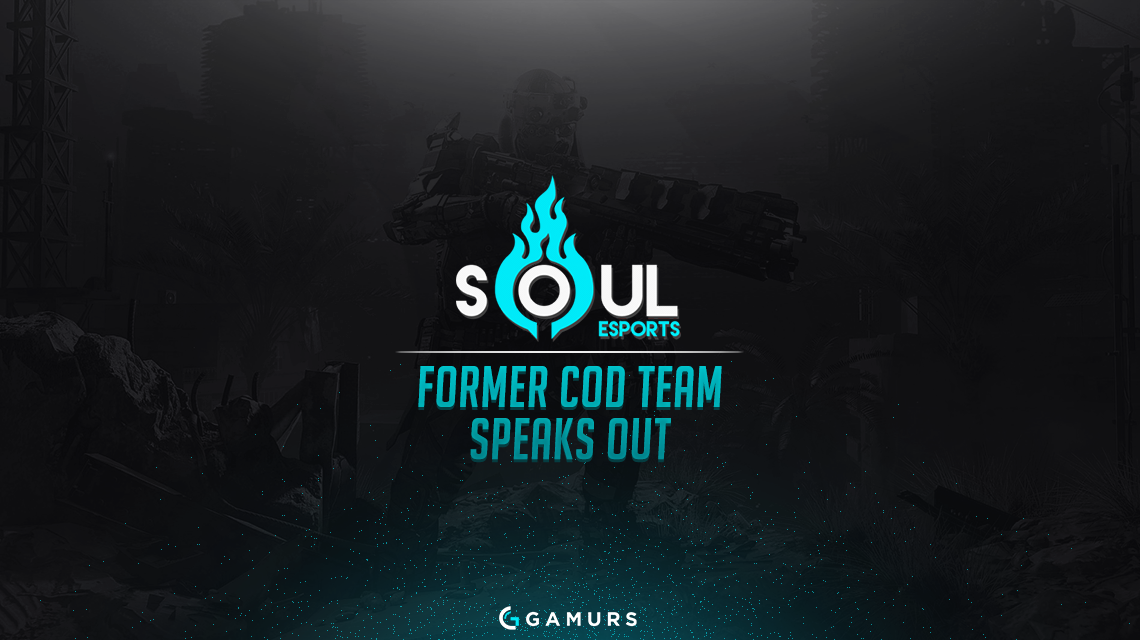 Following the allegations made by former Soul eSports manager John “mediaBrute” DeHart, former members of the organization’s Call of Duty team have come forward to air their grievances.

The players claim that they made contact with DeHart, as well as the organization’s former owner Brian “SixTen” Russell, while searching for a team to represent at the upcoming MLG Anaheim event. After deciding that a partnership would be mutually beneficial, the players signed a contract with the org a few days later.

Several days after the signing, Russell allegedly approached them about their hotel and travel arrangements for the event. According to one of the players, Russell told him and one of his teammates that he would book flights for both of them in order to attend. He also allegedly told the two players to cancel the hotel room reservations that they had previously made, promising to book the room himself.

The players claim that the arrangements have been cancelled due to the selling of the org and that they had to now scramble to figure out how to attend. They have also stated that Russell attempted to cut the players off from accessing the details of their contracts.

On the other hand, Russell has a very different story of his experiences with his Call of Duty team.

According to him, the Call of Duty team claimed to have everything paid for the event already and just wanted jerseys provided. Russell obliged with this request, but after paying closer attention to their performance, decided to drop them. Following this, he then proceeded to sell the team.

What do you think about everything that has gone on with Soul eSports? Let us know in the comments below or tweet us @GAMURScom.