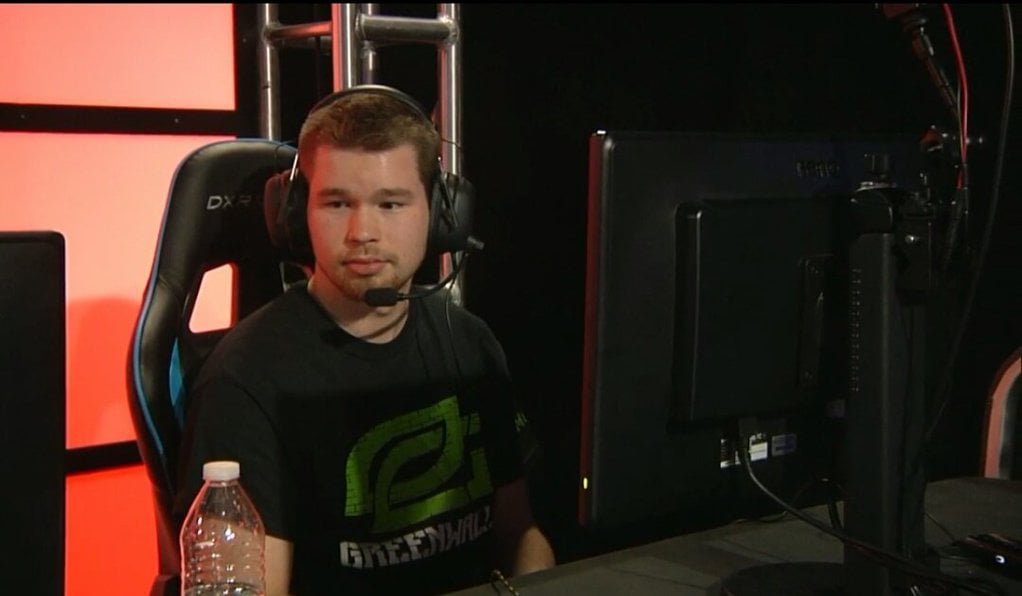 Only a week passed before the first professional Black Ops 3 LAN event, the Totino’s Invitational, took place. This weekend at the MLG Arena in Columbus, Ohio, 8 of the top North American Call of Duty teams competed for their share of a $50,000 prize pool. Though it took place at the MLG Arena, the event was hosted by Twitch along with Totino’s and was streamed on the popular streaming platform. Not much was known about the Totino’s Invitational ahead of Saturday. The event was announced publicly less than a week before taking place, and literally 8 days after the official release of Black Ops 3.

The single-day event was also single-elimination; teams had one chance to prove their worth and move on through the tournament. All series leading to the finals were also best-of-3 with a rotation through Hardpoint, Uplink, Capture the Flag, and Search and Destroy. The finals were best-of-5. This format is unusual in competitive Call of Duty, but on a new game with new tournament hosts, change should be expected. Though some may not have been willing to play a tournament so early, the prize pool was significant enough for invited teams to attend, especially because all players were guaranteed at least a $1,000 payout even if they lost the first two maps of the event.

Though the game includes a ban and protect system, official rules have not yet been hashed out. Players argued on Twitter leading up to the event about rules, but because the organizers did not put in special rules to ban things like UAV and Rejack, the players took it upon themselves to agree to “gentlemen’s agreements”. Certain items would not be used so that protects and bans would not be wasted. Though it didn’t seem to lead to any problems, a player not adhering to the agreements would surely have caused a ruckus.

It is not clear if Activision will include a more agreeable ruleset for the Call of Duty World League, but then again, not much information is known about the upcoming league yet. Hopefully pro players will have a say about the rules they will be playing under once the World League starts up.

The first matchup began at 1 pm, a late start time for a single-day tournament on the weekend. The new Team EnVyUs squad matched up against compLexity, who have returned to Call of Duty for the first time since the beginning of Ghosts. This time around, Aches and TeePee were on the opposing team. The series went well until the third and final map when connection issues began to occur. The teams were tied 3-3 on Search and Destroy when the game was ended due to a connection interruption. The problem with restarting maps on this game is that the protect/ban phase and the specialist draft must be repeated before the game can start, leading to longer wait times. Unfortunately, when the map was restarted the broadcasters were not able to connect to the game. The stream showed a repeat of the map loading screen on a loop and an entire round was played when the map was once again ended. Team EnVyUs won the round the round, but upon restart the refs said the score was still 3-3. Due to the issues, players on both compLexity and Team EnVyUs were willing to restart the entire map, but when it restarted for a third time and coL went up 3-0, the match was ended and the series was in their favor. Both sides were upset at the ruling, but these connection issues persisted into other matches with slightly less consequence.

Connection issues were certainly the problem of the day. Excessive down times between matches and further issues while starting maps caused the tournament to drag on much longer than expected. Though the first three matches went to last map (the 3 rd map), the fourth series did not occur until 6 pm, 5 hours after the scheduled start time of the event. Luckily, the semifinals and finals had no noticeable issues and were completely finished by 10:30 pm.

Instead of playing the LAN offline, players signed in to their PlayStation Network accounts. Some were unable to do so, which was why names like ‘GB_Booth7’ were seen. Why were they signing onto PSN? If they didn’t the latest hotfixes would not be in effect and any weapon tuning made by the developers after the game’s release would not be updated. Hopefully all the bugs dealing with connection will be worked out so tournaments run more smoothly in the future.

Since Twitch hosted the event along with Totino’s they showcased it on the front page of their streaming platform, meaning all people visiting the site caught a brief glimpse of the action. Being announced just several days in advance, many people in the competitive Call of Duty community, at least those that don’t follow news day-to-day, were unaware it was even happening. The stream was a mixture of Call of Duty fans and general Twitch users watching for the first time. That is the power of Twitch: it gives an eSport the ability to reach a brand new audience.

New viewers are great for Call of Duty eSports, but problems with the current Broadcaster Mode made it difficult for people to follow the action. The kill feed was almost impossible to look at due to colors being mismatched. For instance, say Parasite got a two-piece. Many times, the kill feed would highlight his name in red for the first kill and then in yellow for the second kill, making it appear as if he was on both teams at once. The problem extended even further to the score pop-up that always had the team names reversed. The option to insert team names and unique team logos (though not the pro team logos) is a new feature for Broadcaster mode on Black Ops 3, but its current state confuses viewers instead of helping them keep track of who-is-who.

The first Black Ops 3 LAN event was not without its flaws, but it certainly provided entertainment. The protect/ban system and specialist draft made each match unique. No two matches will be the same, meaning some matches will be fast-paced and extremely entertaining while others will be slow and methodical. An ever-changing game meta was predicted, and with one event down teams are going to have to reevaluate their playstyle.

We certainly saw some upsets already, with Team Kaliber shutting out Faze in their first-round match-up and Rise Nation defeating Optic Gaming last map, round 11 in the finals. Viewership at the end of the finals peaked at 74K, a respectable amount for a tournament that was not advertised very far in advance. At the same time, it was on the front page of Twitch and easily accessible to the hundreds of thousands of viewers on the site, so though a higher number would have been nice, competitive Call of Duty may have already gained new fans that will return next time an event is streamed.

Black Ops 3 is in its infancy and there is plenty of time before the most important events will be played. Keep up with us at eSports Guru while we bring you all the latest news in the game!