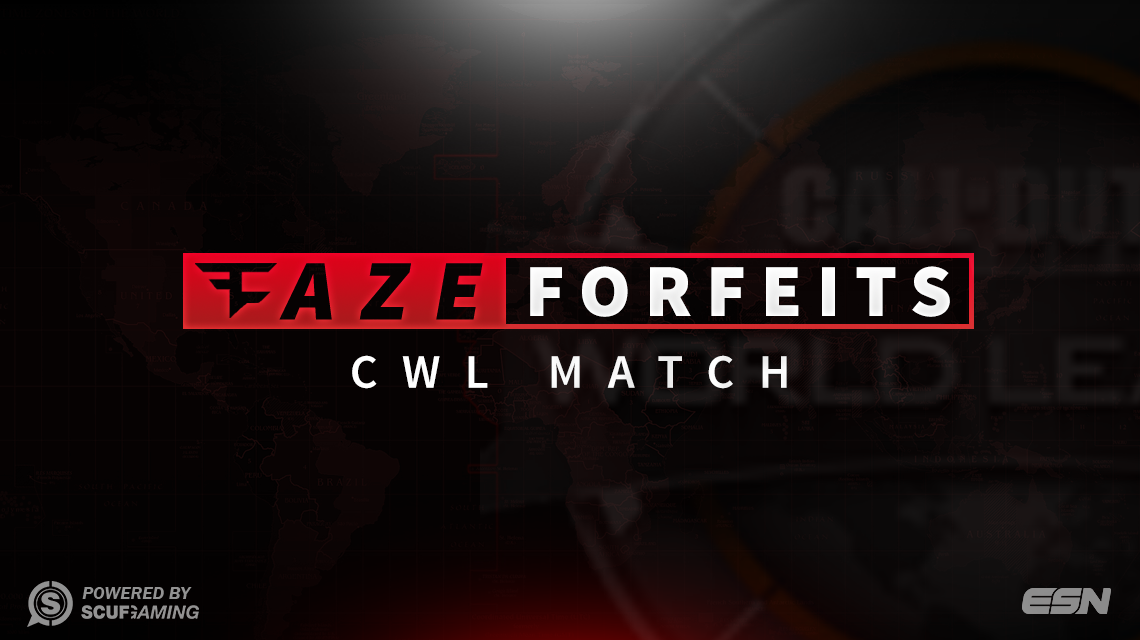 So, as one can see, each CWL match is very important. With any online league, issues can always arise, such as lag and players getting hit offline. In the FaZe Clan vs. compLexity Gaming league match though, the issue was a map exploit. compLexity entered the best-of-five series as the underdogs, as FaZe was tied for first place with OpTic Gaming at a 6-1 mark. However, coL came out strong, winning the first two maps. FaZe, being the resilient team that they are, came back with two maps of their own to force a Game Five Search and Destroy on Stronghold.

FaZe ended up winning the map rather easily, by a score of 6-2. However, during the map, one of the players on FaZe used what has been deemed as an out of map exploit when he positioned himself in a tree near the offensive spawn.

After the match concluded, there were rumors about a possible reversal in who won the series due to this exploit. It wasn’t until two days later that the league operations manager of ESL decided that FaZe forfeits the fifth map “due to a map exploit” and that coL wins the series 3-2.

As one can guess, FaZe voiced their frustrations on Twitter, but kept it rather professional. There was a brief argument between Tommy “ ZooMaa ” Paparratto and Chris “ Parasite ” Duarte after the ruling, but they kept it minimal.

ZooMa a and James “ Clayster ” Eubanks both explained via Twitter that they only used the “exploit” in one round. Clayster even made a YouTube video in which he describes his side of the story and goes into detail about other “map exploits” in Black Ops III.

Many other pro players from other CWL teams voiced their frustrations as well, and felt that it was very unfair for FaZe to get forfeited. Other players explained how the ‘G-Slide’ could very easily be viewed as an exploit as well.

How do you feel about the ruling? Do you feel Faze getting forfeited was unfair, or do you feel that they indeed used an out of map exploit. Let us know b y commenting below or tweeting us @eSportsNation .