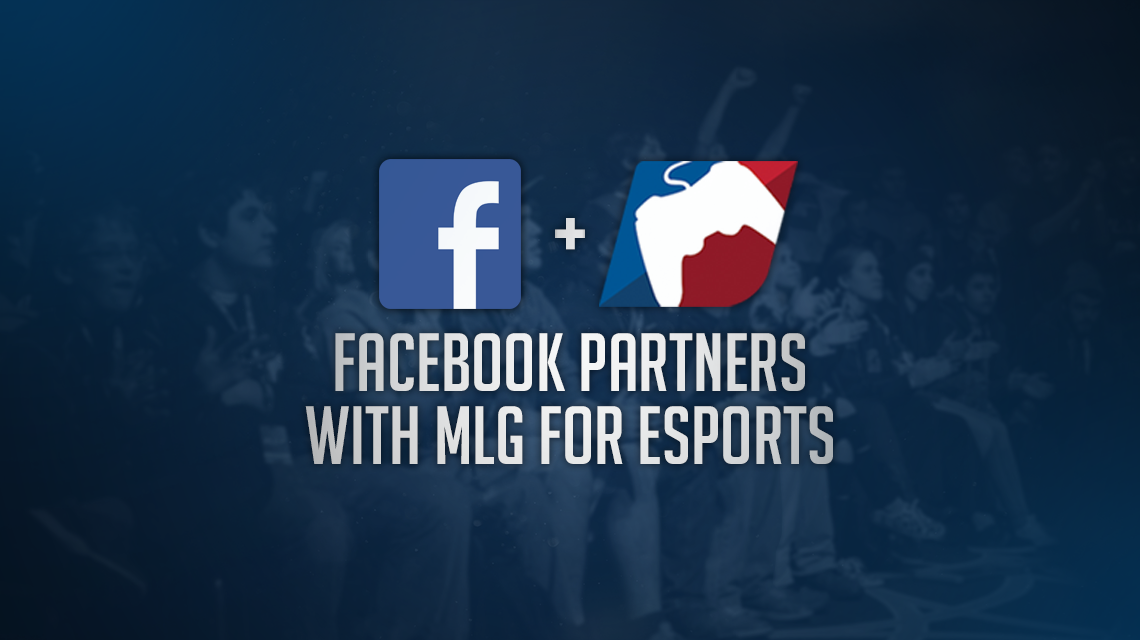 The world’s leading social media service, Facebook, has officially partnered with Major League Gaming to bring eSports coverage and content to the world.

Twitter has been the main communication application for both eSports competitors and its supporters. It’s a simple, fast and clean tool that everyone can utilize. With this new partnership though, Facebook could overtake its rival in time.

Other social media platforms such as YouTube, Reddit, Instagram and Amazon.com’s Twitch, are all very popular tools in the eSports world. They each serve their own purpose, and provide a way for the players and fans to connect.

Currently, it’s quite evident that Facebook is not on the list for a first-choice social media platform when it comes to discussion and content on competitive gaming. They’ll be looking to change that with their current FB platform and photo/video-sharing social media partner, Instagram.

There’s over 1.44 billion active users on Facebook, with over 650 million connected to sports. With this eSports integration, one could be seeing even more publicity and views.

Facebook is the world’s largest community of sports fans, with over 650 million people connected to a sports page, and our goal is to serve those fans by connecting them to the sports they’re most passionate about.

eSports is one of the fastest growing sports in the world and we believe strongly in its future.

Facebook’s first trial of eSports coverage was during MLG X-Games 2015 in Austin, TX. Tournaments for both Valve Corporation’s Dota 2 and Sledgehammer Games’ Call of Duty®: Advanced Warfare were featured in their own venues alongside extreme sport competitions.

Reed has continued to show Facebook’s interest in getting eSports globally know:

We’re already seeing high levels of engagement on Facebook and Instagram around gaming content and events. Five years from now, we believe eSports will be much larger and more visible than it is today. What’s most important to us is making sure we’re providing great services to a passionate community.

eSports continues to make its way into becoming a traditional spectator sport whether people like it or not. Facebook has shown their interest by investing into it, which only shows that progression is happening.

Will Facebook become the primary source for future eSports coverage and content? Let us know in the comments below. Stay up-to-date with competitive gaming over at our Twitter – @eSportsNation.