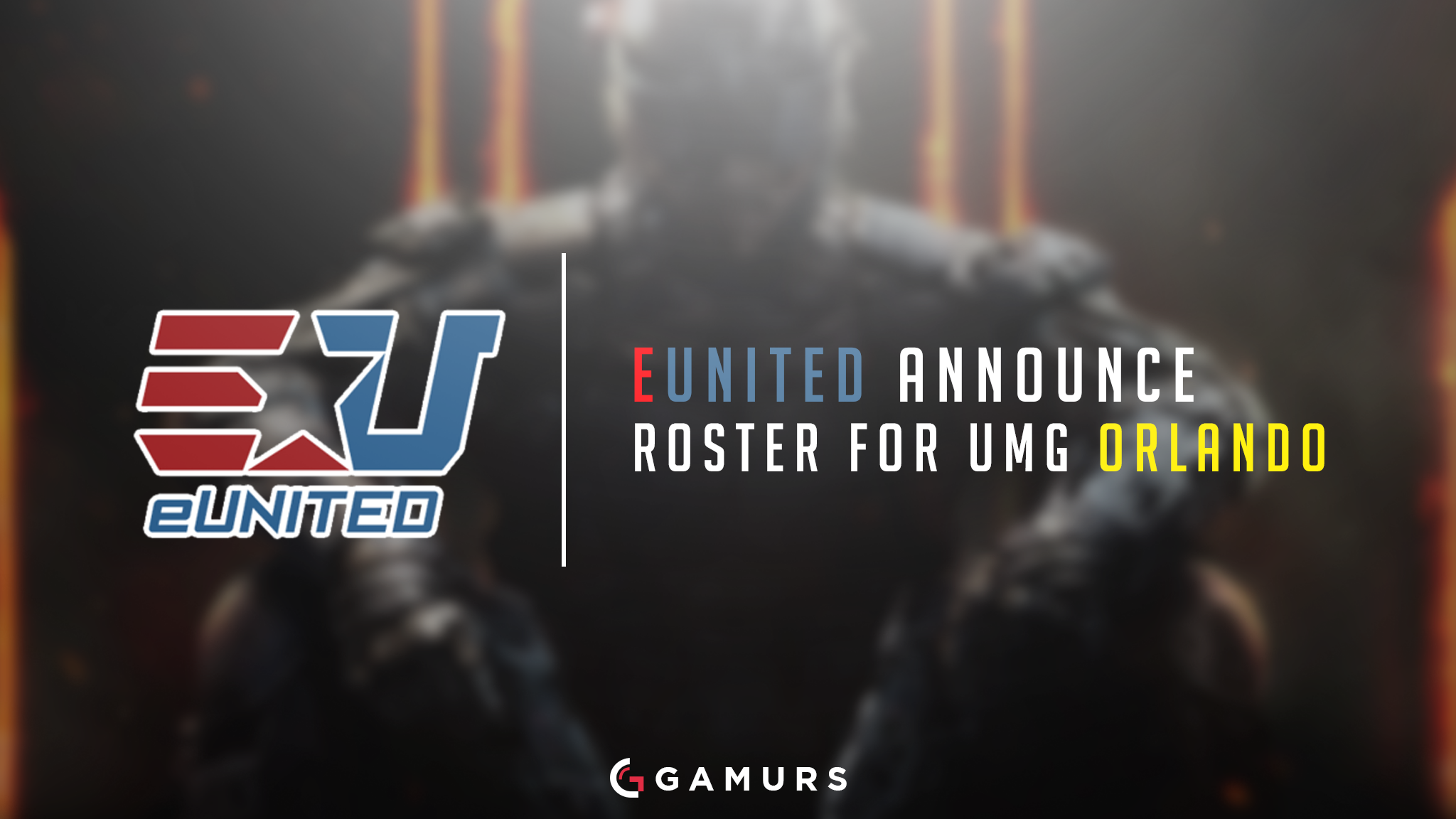 The new eUnited Call of Duty roster for UMG Orlando 2016 has been announced.

Lamar “Accuracy” Abedi and Jonathan “Pacman” Tucker, who played for the organization at the 2016 Call of Duty World League Championship, will be joined by Tyree “Legal” Glover and Justin “SiLLY” Fargo-Palmer for competition at UMG Orlando. Coaching the team will be Matthew “Burns” Potthoff.

At the CWL Championship, Accuracy and Pacman played for eUnited alongside Andrew “Ivy” Ivers and Jamal “Whea7s” Lee. The squad failed to make it out of group play and placed 17th-24th at the event.

Whea7s and Ivy were released from the organization just under a week ago, and Ivy joined Renegades a few hours later.

Legal comes from an H2k-Gaming squad that was all over the place this year as a team. Projected in some tournaments as one of the best squads in the field, and in others as one of the worst teams in attendance. H2k failed to qualify for the CWL Championship, and it seems Legal has found a new squad after a rocky year under H2k.

SiLLY has had an odd year. After spending the majority of the season under the Cloud9 brand, whether on their secondary or main team, SiLLY was unexpectedly left out to dry just a few hours before the roster lock for teams wishing to play in the CWL Championship qualifier in North America. The last-minute Next Threat squad did not have what it took to qualify, and SiLLY did not make an appearance at the CWL Championship. Still, he is touted as one of the best players in the game that just can not seem to find the right squad.

The new eUnited will be competing at UMG Orlando, likely the final event of Call of Duty: Black Ops III, and shooting for a major piece of the $100,000 prize pool.

*UPDATE: H2k has released an official statement discussing the departure of Legal. H2k has not made an official announcement as to who will be replacing Legal, but it will be interesting to see which players will be representing this organization at UMG Orlando.

What do you think of this eUnited roster? Can they make waves at Orlando? Let us know you thoughts by commenting below or tweeting us @GAMURScom.