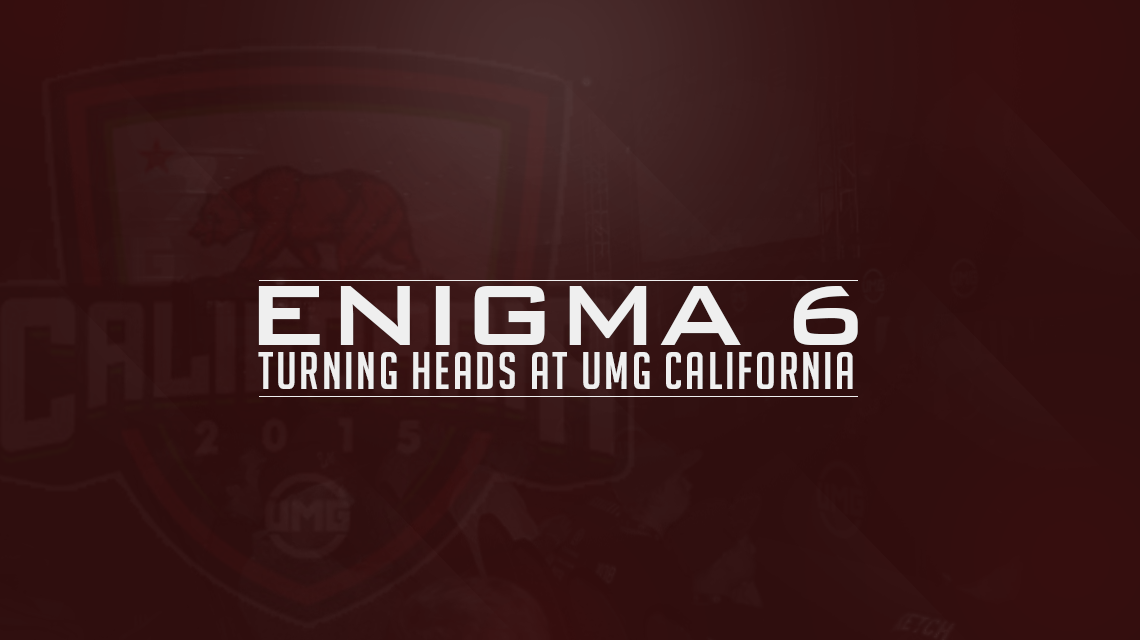 We’ve seen it time and time again, where underdog teams disappoint some of the biggest names out there. Former teams along the likes of Stunner Gaming and Team Revenge are few to mention. But what Enigma 6 did this past weekend at UMG California, was quite the spectacle.

A week ago, Enigma 6 was an amateur competitive Call of Duty team, preparing to attend their first major event together. Having accumulated a decent amount of Pro Points, earning them the twenty-fourth seed, E6 had a lot to prove. They gained popularity after competing in multiple Michigan eSports and Gamers 4 Giving LAN events, and defeating some of the world’s most talented teams in Major League Gaming Pro Point tournament series.

Enigma 6 started out in the Winner’s Open Bracket, and had to win a total of five consecutive best-of-three series in order to qualify as one of the fifth teams for Pool Play. E6 was the first team to qualify for Pool Play after defeating the following teams:

They were placed within Pool D, determined by Pro Points, alongside OpTic Nation, Team EnVy, Team Orbit, and iSolation Empire. E6 was able to place first within their pool, with a shocking 4-0 record.

This would place them within the Winner’s Championship Bracket quarterfinals up against VexX Gaming. E6 wasn’t finished yet, after defeating VexX Gaming with a 3-1 victory, and Team eLevate 3-2 in the WB semifinals.

E6 was placed to face off against the notorious OpTic Gaming in the Winner’s Championship Bracket finals. Unfortunately for E6, OpTic Gaming was able to finish off a close series 3-1, including one of the best Capture the Flag games to date, ending E6’s phenomenal, undefeated run (11 series wins). Many questioned how E6 was able to perform so well against the Call of Duty giants. Jordon “General” Holloway, CEO and captain for Enigma 6, responded to the commotion in an interview with us by saying, “we go into every match believing we can beat anyone.”

E6 received a well-deserved third place finish at UMG California for Call of Duty: Advanced Warfare, along with $6,000 in prize money. They proved that they were just as dominant, if not better, at a major event as they were online. E6 also proved that they are a top team within the Call of Duty eSports community, and should not be underestimated.

We may not be as well known as the “pro teams”, but we are confident in ourselves as a team. We have competed and defeated many pro teams online. We go into every match believing we can compete against anyone.

You should never underestimate anyone. In our community, we all have different backgrounds and stories, but when we game we are all the same. Just because someone does not have a title does not mean they are not good. There is talent everywhere, many players are not as lucky to have the opportunities we had.

The Stats Say it All

At UMG California, Enigma 6 had an astonishing run. So, lets breakdown the statistics of how they placed third at their first major event. *Statistics provided by CoD Stats.

As seen through E6’s third place finish, many can agree with the statement, “ Search and Destroy wins you championships.” The team did manage to struggle in certain respawn-based gametypes such as Hardpoint (3-5) and Capture the Flag (2-5), while being able to hold their own in Uplink (4-2).

With Hardpoint being the first game mode of every series, it is crucial for E6 to improve on their overall performance. The main issue that E6 had was slaying power against some of the stronger teams, OpTic Gaming and FaZe Clan, as seen in their overall K/D Ratios:

And note, not much can be done against those teams, who have veteran slayers, and have been winning for quite some time. But with more practice against the big dogs and slight adjustments, E6 can turn into a real dominant squad.

What’s nice about seeing the player’s overall K/D ratios, is that they’re all negative, and I don’t mean that in a bad way. This team placed third with all their members providing overall negative ratios, remember that. When the team won a map, they averaged an overall 1.05 K/D ratio, and when they lost, they averaged at a 0.74 ratio. Slaying is important, so imagine how much of a threat and impact this squad would be, having positive ratios consistently. They’d arguably be a challenge for teams along the likes of OpTic Gaming and Denial eSports.

The question many have been asking is, how will the team decide to move forward? Will they continue to build their brand, or move to a more popular organization?

All of us are able to leave at any time. I do not see any of us of doing that though. Enigma 6 is our brand. We are working to build a first-class organization that represents the everyday gamer. We have received so much positive support from the gaming community as the result of UMG California, and we will continue to do our best to keep it going. We are new into eSports, but thankfully, we have the resources to compete with any of the larger organizations. That is a big advantage to us because we can focus on just gaming.

After placing third at UMG California, it would be redundant not to question whether or not E6 would be trying to earn their spot in Season 3 of the MLG Pro League for Call of Duty: Advanced Warfare. The Season 3 Relegation Tournament was announced by MLG earlier today, revealing that E6 would have a chance to showcase their talent against North America’s best.

Based on our discussions with MLG, we hope to qualify for Season 3 of the MLG Pro League through the Relegation Tournament at the MLG Columbus Arena on June 19-21.

E6 obviously have huge plans for the future, building their brand, and preparing to qualify for the MLG Pro League S3.

As a team we would also like to thank everyone for the support we have received.

General is known for being a deadly slayer both online and on LAN. It is said that he “can go off at any time and drop a massive amount of kills,” which proved true at MES, G4G, and UMG events.

At UMG California, General was able to lead his team approximately with a .90 K/D ratio, averaging about 27.08 kills per game, within a total of 21 maps. Be on the lookout for General to continue to help lead his squad both as a slayer and team captain for Enigma 6.

How far do you believe Enigma 6 will go at future events? Let us know. More features and news on Call of Duty eSports can be found over at our Twitter – @eSportsNation.