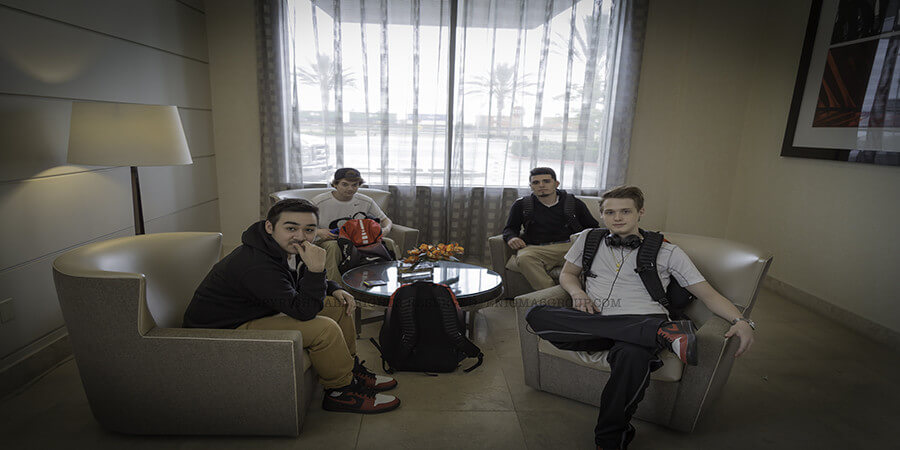 Enigma 6, the Michigan kids who came out of the Open Bracket at UMG California and defeated all of the pro teams they faced until meeting Optic Gaming in the finals, has broken up.

The team had been together since January, winning several local LAN tournaments in Michigan and took 3rd place at UMG Cali. Their run was like a fairytale without the appropriate ending, but the future looked bright. The Enigma 6 organization is owned by General, one of the players on the team. Unlike most eSports organization, Enigma 6 had a unique situation: they had the luxury of a large budget to spend if necessary. It’s not that competitive Call of Duty teams cost a fortune for organizations to fund, but if tournament entry and travel can be easily paid for, that’s a weight off the players shoulders.

E6 was slated to attend the MLG Season 3 Relegation Tournament in Columbus, Ohio in several weeks. They automatically qualified based on total pro points along with 7 other teams, but now that the roster is no longer playing together the organization may not be able to attend. According to MLG’s rules: “If a Team is invited to participate in the MLG Pro League – CoD AW – Season 3 Relegation Tournament based on their MLG Pro Points and a Roster change results in their Team’s Pro Points total dropping by more than 50%, the Team will be disqualified from the Relegation Tournament and MLG will reserve the right to replace the Team with a Team of their choosing.”

It’s not quite clear why the team has split, but it clearly had to be something personal. After surprising the community at UMG Cali, E6 went back to Michigan and won another MES Detroit LAN. The organization was on a roll, starting from scratch and then attracting a lot of attention in a short period of time. What will happen to them now?

It’s not a new phenomenon to see a young team come out of nowhere and make huge moves in the Call of Duty scene, causing fans to think they might be the underdogs turned champions, and then fall apart. Some blame the new-found fame. Others know there must be personal reasons. These new teams usually come from smaller organizations without a lot of support to offer, but as stated above this doesn’t seem to be the case with E6. A similar story was told just a few months ago after Team Revenge, rostered by 4 guys who weren’t big names in Call of Duty at the time, took 2nd place at the Call of Duty Championship. Their unique style and teamwork surprised casters, pros, and fans alike, but they did not stick together long after the tournament. It would certainly be nice to see one of these teams tough it out and resolve their problems, but we will just have to wait until the next time a new one moves up through the ranks.

General hasn’t revealed much, but he did wish his former teammates good luck in the future.