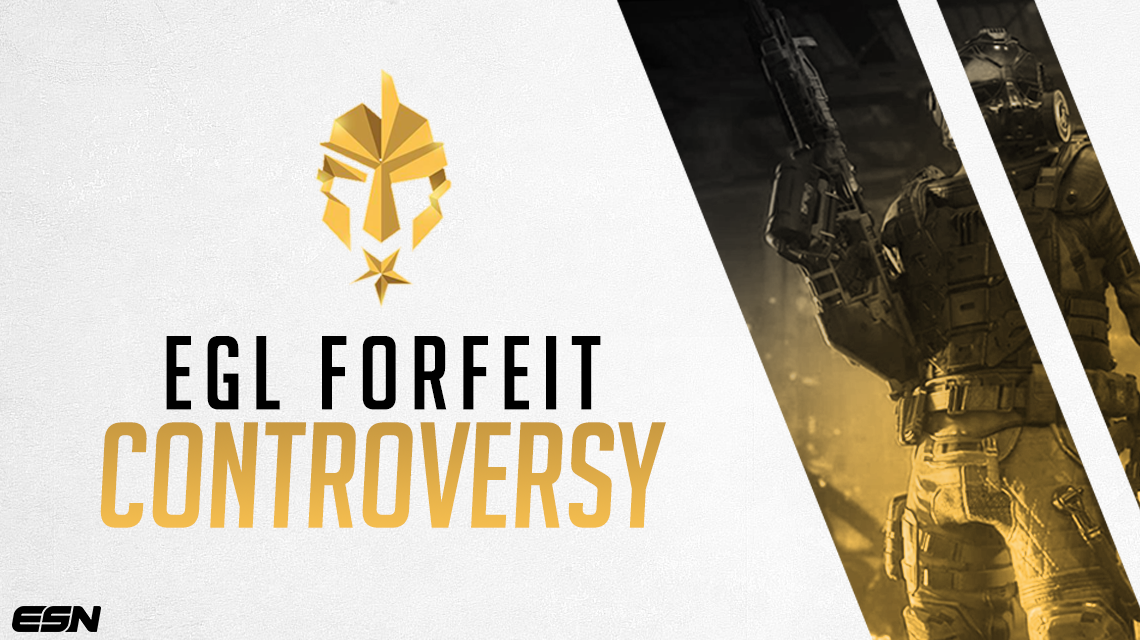 The European Gaming League Open – London 2016 that took place this past weekend was hugely important for both European Call of Duty World League teams and their Challenger division counterparts alike. For the more established CWL teams, the $10,000 top prize was motivation enough to play well, while the Challenge Division teams would have had their sights firmly set on the all important CWL points up for grabs. These points, however, may be the cause of controversy in the coming weeks.

In a dubious act of sportsmanship,and approved by Activision, TCM Gaming decided not to play their consolation match for Top 6 against Exertus eSports. They reasoned that their opponents could use the CWL points, which TCM did not need, and they would take home the same amount of money even if they forfeited the match. This meant that Exertus finished T6 with 800 CWL points per player being awarded. https://twitter.com/TCM_Niall/status/706569331019272197 This had a domino effect, with exceL eSports forfeiting their Top 6 match against Rampage Tempo for the same reason. This resulted in both Exertus and Tempo coming away from the weekend with 100 points more per player than they would have received if the matches had gone ahead and they had lost. Understandably, both Challenge Division teams were delighted with the fortunate turn of events. https://twitter.com/TeamRampageEU/status/706504386965544960?lang=en Challenge Division teams finishing in 9th-16th were not offered this gift however, and have been put at a disadvantage as a result. They had to play the CWL teams they drew and because of that, lost out on points that the other teams received freely. This could have big repercussions in the next few weeks as the CWL has announced a relegation tournament for each region. These will take place as follows: https://twitter.com/Small/status/706649919772168193?lang=en The top 16 Challenge Division teams from each region with the most CWL points will play in an online qualifier of four round-robin style groups. The top two from each group will go to a single elimination bracket, out of which the top four teams will face off against the bottom four CWL teams. This final relegation match will take place at a LAN event. https://twitter.com/Small/status/706640958754942981 The events of the weekend may have a huge bearing on the structure of this online relegation qualifier and the teams that will take part. The core issue here is that matches that were irrelevant for one team had a sizable impact on others. It is possible that we may see a change in the way points and money are awarded so as to avoid another situation like this in the future. The relegation tournaments are sure to be exciting and dramatic as we have come to expect nothing less from these high pressure events. The business end of Season 1 has arrived. *** Updated*** In a strange turn of events, both Exertus eSports and  Rampage Tempo have had the extra points that they acquired,as a result of the forfeits, reduced. https://twitter.com/TeamRampageEU/status/707237227521245184 Activision approached the manager of Rampage Tempo asking if the team would voluntarily take the reduction in points after excel eSports forfeited the game. They accepted on the condition that Exertus would also take the reduction after TCM Gaming  forfeited their T6 game too. https://twitter.com/IHNK_/status/707220857089888256 The matter seems to have been settled and the playing field leveled. Time to look forward to the CWL relegation tournament which is sure to be a very tense affair. Do you think TCM Gaming and exceL eSports were right in what they did? Or should they have let things run their course? Let us know in the comments below, or on Twitter. Be sure to follow @eSportsNation for all of your eSports needs.