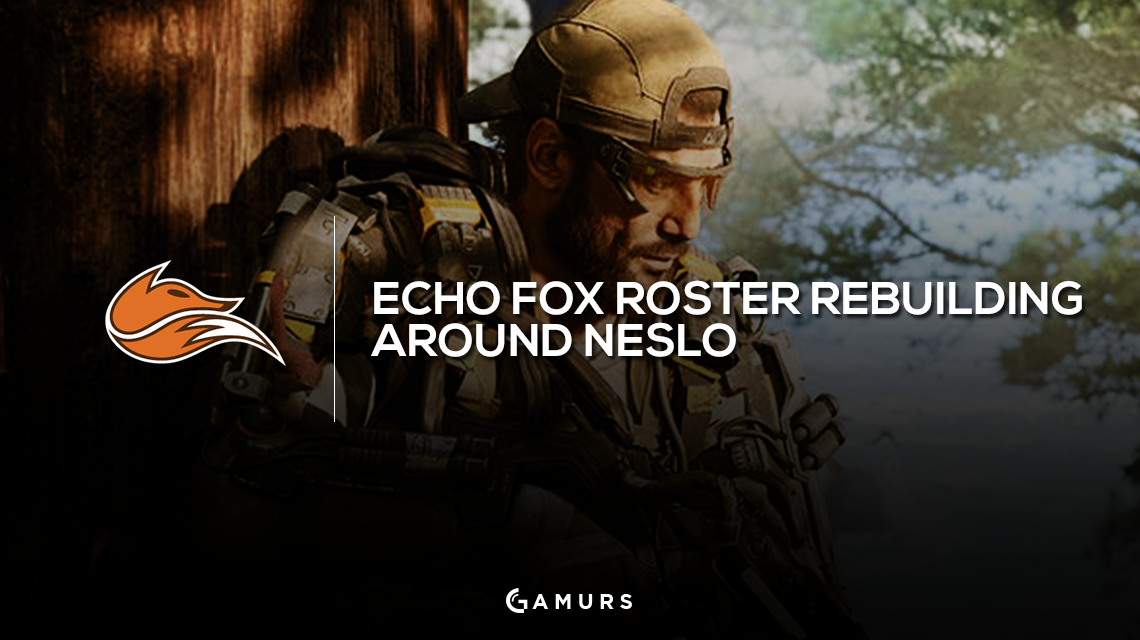 Today, team captain Neslo shared the news that Echo Fox would not be attending UMG Orlando, the last big event on the Call of Duty Black Ops III calendar. This also comes with the announcement that Neslo is the sole remaining player on the Echo Fox roster.

Neslo stated, “When the new Call of Duty comes out, or right before, rosters are going to be shaken up and roster-mania will commence… I will make sure Echo Fox will be a contending team throughout the entirety of IW which has been my main focus since failing to qualify for COD XP.”

Neslo also called Echo Fox the best organization he has ever been with. He has been working hard to build his streaming presence under the brand. Previous to Echo Fox, Neslo spent a lot of time with Team Kaliber.

What players do you think Neslo will bring to join him under Echo Fox? Let us know in the comments or on Twitter @GAMURScom.