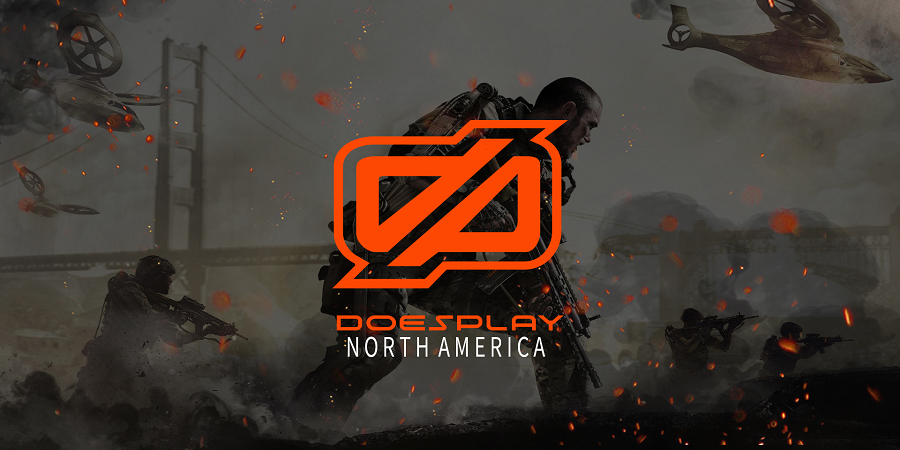 We are very proud to present to you the Doesplay North American Call of Duty Pro Series! Players competing in this unique tournament system will have the chance to work their way up to the top tier while playing against similarly skilled opponents. Participation in this season of the Pro Series is completely free, and a total prize pool of $500 will be distributed at the end of the season!

In little over a year, Doesplay has taken the Australian eSports scene by storm. Beginning with Call of Duty, Doesplay has expanded to cover CSGO, Hearthstone, Smite, and now Rocket League! A month ago, they successfully hosted their second LAN event to conclude Season 2 of their Call of Duty Pro Series. The tournament was attended by various top teams from Australia and New Zealand and was won by none other than CoD Champs attendee, Mindfreak.

For Season 3, Doesplay has opted to change it up a bit. With their main focus being to provide a fun competitive platform for players of all skill levels, Season 3 of the Pro Series will split teams into pools of 8 based on skill level. Pools will be based on combined player ranks, earned through points in previous competitions. Now, this system will be extended to North America!

The Pro Series update will see players compete against players of the own skill level. They will also be given the opportunity to climb the ranks quickly if they perform well consistently. From now on it will not be about top teams going into a 32 team bracket versing beginners until the final rounds, nor will it be about beginners being first rounded by pro players. Each event will see players placed into pools amongst players similar to their own skill level. If you’re an amateur you will play against amateurs, if you’re a pro player, you will play against pro players.

This is a revolutionary tournament format that we are very proud to be a part of! Players and teams that are just starting out will benefit with more playing time, as they are pitted against other teams of similar skill in best-of-5 series. Teams that prove themselves will be rewarded and move up in rank and skill tier, playing better teams the next time around. The best teams will no longer have easy wins at the start of the tournament and must work hard to maintain their position at the top.

Platforms: Xbox One and Playstation 4

When: Friday and Saturday evenings. Competitions begin on August 29th.

Where: doesplay.com. Create an account now and check back for event postings.

A final tournament will be played on November 1st. All players and teams that have played in Pro Series tournaments previously will be eligible to compete. Teams will be seeded based on points earned in competition throughout the season and will compete in a double-elimination bracket. The prize pool distribution is as follows for both Xbox One and Playstation 4: 1st – $150 , 2nd – $75, 3rd – $25.

*If you are interested in casting matches in this Pro Series, please contact eSports Guru via [email protected]