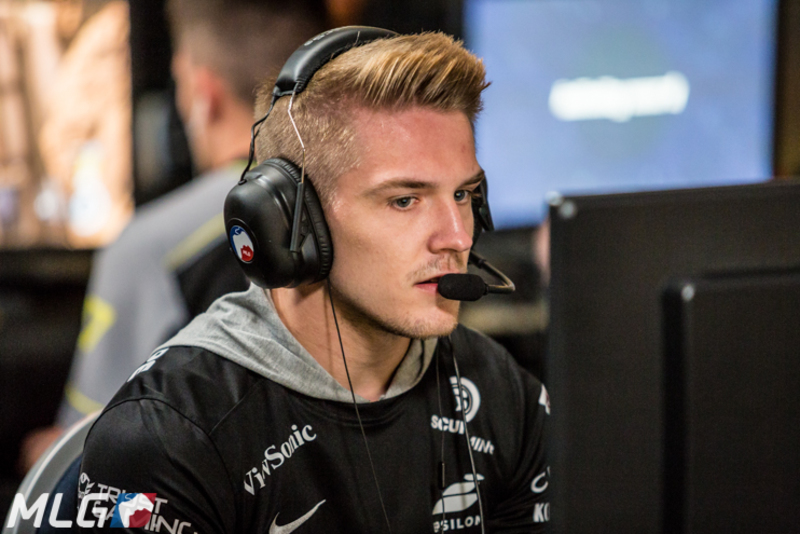 The last winless team in Stage One of the Call of Duty World League Pro League finally secured their first victory earlier today.

Epsilon reverse swept Evil Geniuses when the final week of Division B action kicked off on Tuesday. There has been a lot of trash talk between Jordan “Reedy” Reed and Patrick “ACHES” Price in the past—and today’s series was no exception.

At first, it looked like Evil Geniuses were going to dominate this matchup. EG opened this series with a 250-200 win on London Docks Hardpoint behind Ian “Enable” Wyatt’s 44-kill performance. ACHES then went 14/5 in map two to lead EG to a 6-4 victory on USS Texas Search and Destroy.

Evil Geniuses looked strong at the start of London Docks Capture the Flag, but then Epsilon took over in the second half. David “Dqvee” Davies was the main catalyst behind Epsilon’s reverse sweep, starting with his 25/13 performance in his team’s 5-3 win in map three. Dqvee then dropped 41 kills as Epsilon forced the game five after a close 250-225 victory on Ardennes Forest Hardpoint.

Game five was set for Ardennes Forest Search and Destroy, which is one of EG’s best Search and Destroy maps. But Epsilon had all the momentum and took complete control thanks to Dqvee’s phenomenal 12/3 showing—and the Europeans secured the 6-1 map win and 3-2 series victory.

In the other matches on Tuesday, UNILAD suffered two 3-1 losses against Luminosity and FaZe Clan. Splyce took down Team Envy 3-1, and eUnited picked up a hard-fought 3-2 victory over FaZe to close out the night.

The CWL Pro League will be back in action tomorrow, March 21 when Evil Geniuses take on Splyce at 4pm ET.