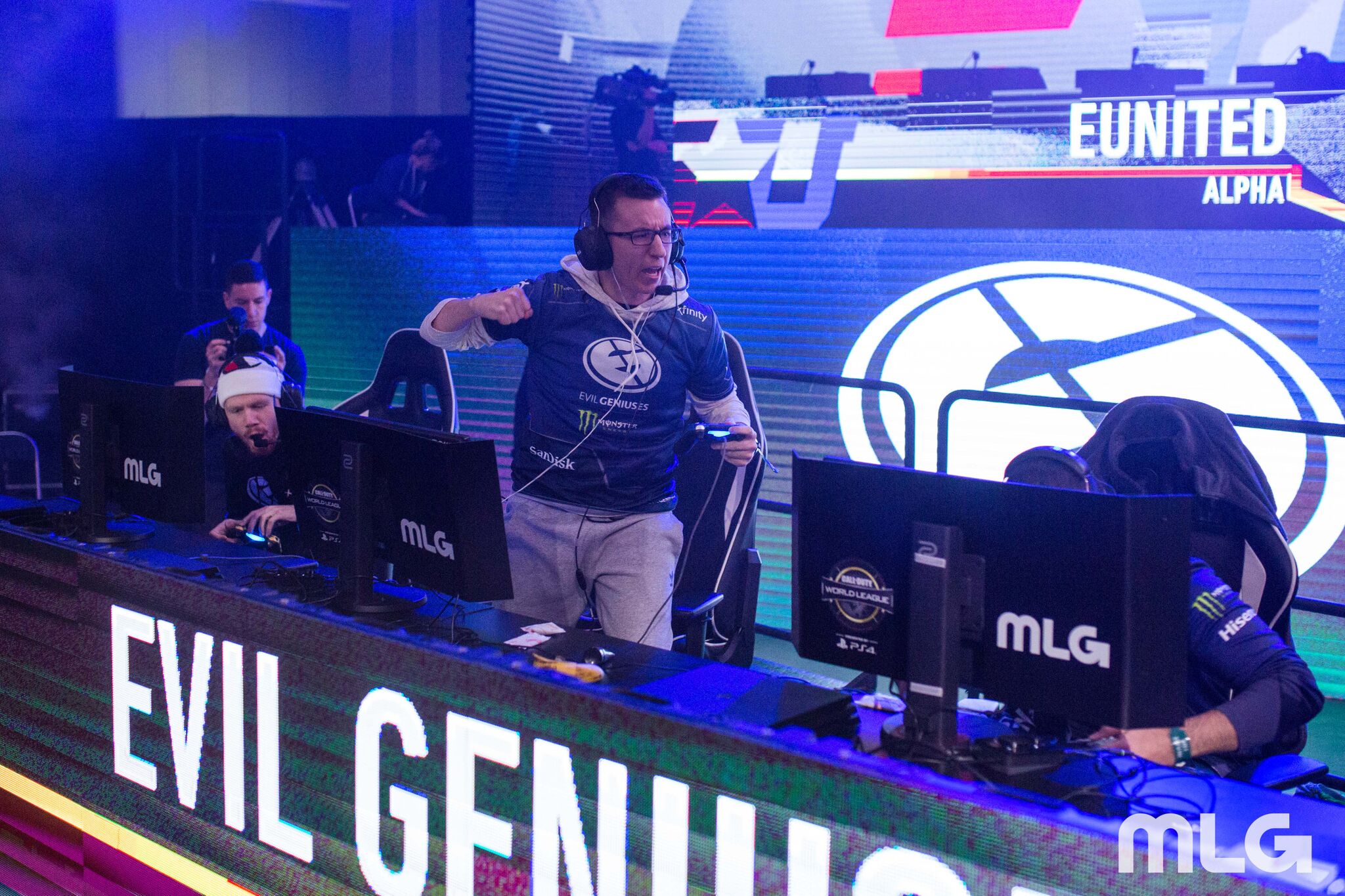 Competitive Call of Duty fans were treated to several intense matches as the seventh week of Stage One of the CoD World League concluded earlier today.

One of the more surprising results on Friday was Evil Geniuses’ 3-2 victory over Division B’s top seed, Luminosity.

The series began with a back-and-forth showdown on Gibraltar Hardpoint, but EG emerged victorious 250-240 behind Patrick “ACHES” Price’s 41-kill performance. Luminosity responded with a 6-3 win on Valkyrie Search and Destroy as Sam “Octane” Larew went 11/4.

Ardennes Forest Capture the Flag was an extremely slow map, and EG capitalized on a last-minute flag capture to secure the 1-0 win. But Luminosity bounced right back with a dominant 250-137 victory on London Docks Hardpoint to force a decisive game five.

Evil Geniuses looked strong on Ardennes Forest Search and Destroy, however, as they jumped out to a 5-0 lead. Luminosity tried to mount a comeback, but EG closed out the map 6-2 to take the 3-2 series win—Bryan “Apathy” Zhelyazkov and Ian “Enable” Wyatt both dropped nine kills in game five.

EUnited also secured an important win over UNILAD earlier today. The Europeans looked strong at the start of this week, and UNILAD even began this series with a 250-105 victory on London Docks Hardpoint. But from there, eUnited took control of the series by winning three straight maps. Alec “Arcitys” Sanderson went 17/4 in map two, London Docks Search and Destroy, while James “Clayster” Eubanks produced 32 kills in eUnited’s series-clinching win on Sainte Marie du Mont Hardpoint.

In the other matches on Friday, Splyce took down Epsilon 3-1, while FaZe Clan improved their hold on second place with a sweep of Team Envy—the Boys in Blue shockingly went 1-3 in week seven.

The CWL Pro League will return on Tuesday, March 20 with Luminosity vs. UNILAD at 4pm ET.