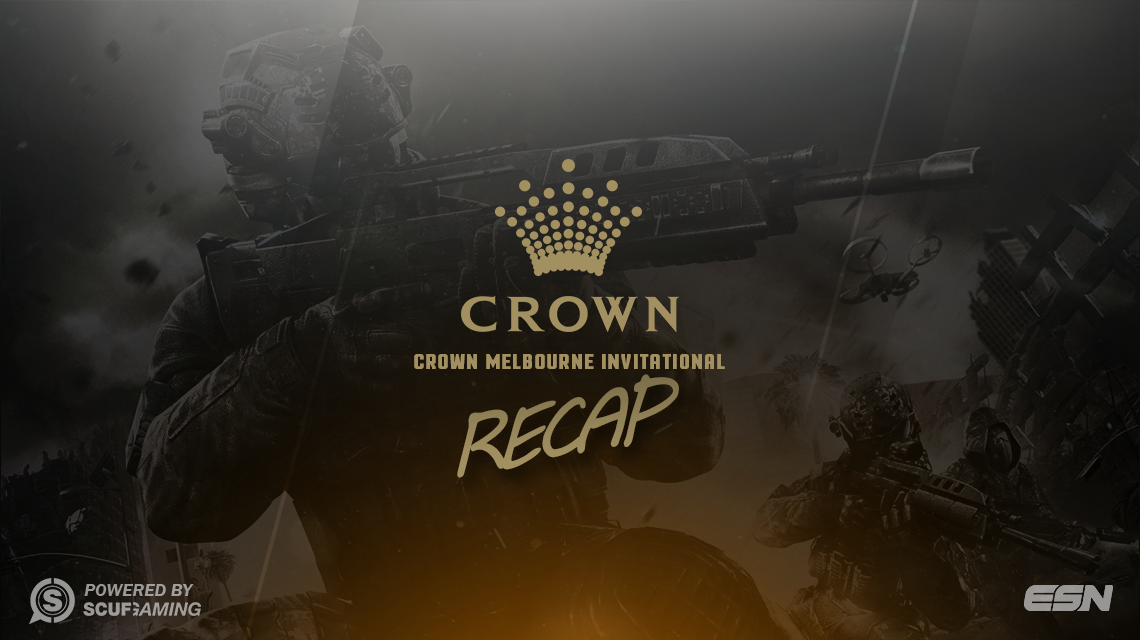 The first match of day one was Apotheon Esports vs. Chiefs . Apotheon took an early lead, grabbing the first three maps. However, Chiefs dug deep and crawled their way across four maps and clinched the series.

Next up was Team Orbit vs. Plantronics nV . After a close game one, Orbit kicked it up a notch, crushing nV in maps two and three. nV were able to get one map on the board but Orbit closed out the series.

Day two saw Plantronics Mindfreak vs. Team Orbit. After the impressive performance from Orbit, it looked like there was going to be a close match. However, Mindfreak swept away Orbit’s hopes.

While the Mindfreak asserted their dominance, Tainted Minds battled the Chiefs in a nail-biting series that went the distance all the way to game seven, round 11. Tainted Minds clutched up and moved on to the next stage of the tournament.

OpTic Gaming faced Tainted Minds in the semi-finals of the Crown Melbourne Invitational and as you would have expected, OpTic crushed the home team with ease.

Millennium was set to face Mindfreak in the second semi-final and all of ANZ’s hopes and dreams were on Mindfreak’s shoulders. Unfortunately for Mindfreak, hopes and dreams aren’t enough to win series. The first three maps went in favor of Millennium and although map four went to overtime, Mindfreak was unable to take a map.

This left us with the heavyweights of the tournament to face off in the final . The two guests from abroad chalked up and went head-to-head for the title. Initially, OpTic hit hard, taking the first Hardpoint. However, a dominant 6-1 in Search and Destroy tied up the series for Millennium. OpTic had more slashing power in the following maps and ultimately closed out the series without another loss.

For us at eSportsNation , it was a great chance to see how the regions matched up against one another. The matches are available on the Call of Duty YouTube Channel and they are certainly worth a watch. What was your favorite series of the tournament? Let us know in comments below and make sure to follow us on Twitter for live tweets and updates. @eSportsNation .