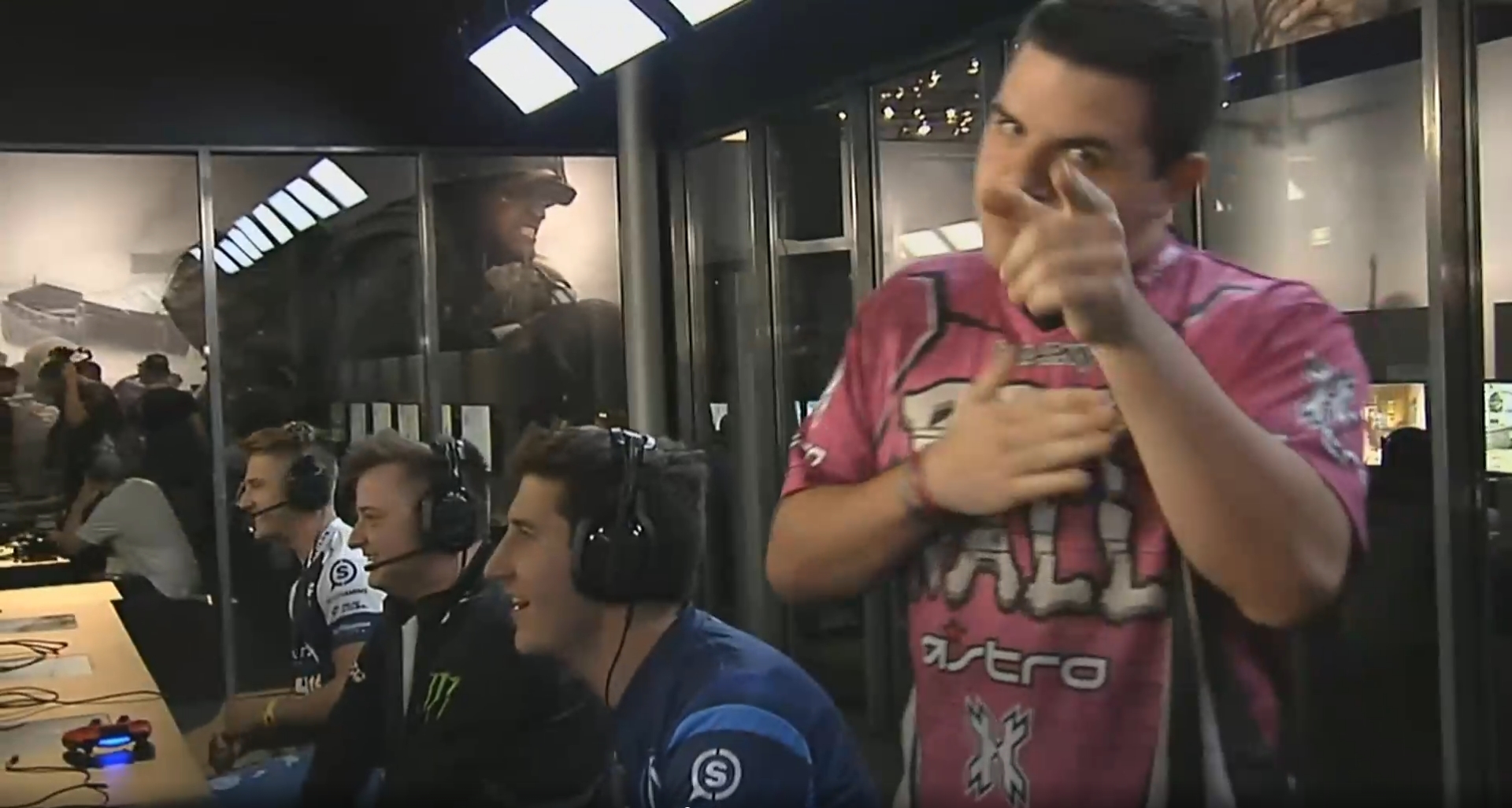 Call of Duty fans finally got the chance to see some esports action from WWII earlier today.

With the highly-anticipated release of the next Call of Duty title in just over two months, Sledgehammer Games—the developer of WWII—hosted an esports exhibition match today at gamescom in Cologne, Germany.

Some of the best professional Call of Duty players in the world—and a very popular caster—went head-to-head on five WWII maps with simplistic competitive settings.

Team Visca—Dillion “Attach” Price, Justin “SiLLY” Fargo-Palmer, Trei “Zer0” Morris, and “ViscaBarca”—continued to struggle as the series transitioned to Capture the Flag on Flak Tower. This was the first time that Call of Duty fans got to see Flak Tower in WWII, as well as the Sledgehammer’s newest CoDCaster tool—skycam.

Skycam presents a third-person aerial view of the battlefield, which is something that hasn’t been a part of previous Call of Duty titles. While this tool was just being tested out today, there are several potential ways that the skycam could be used throughout the WWII season in 2018.

Although this was just a friendly exhibition match to showcase some of the esports elements coming in WWII, it was still great to get a basic look at what fans can expect from Call of Duty in 2018.

Call of Duty fans will be excited to test out the game for themselves when the WWII private multiplayer beta launches this Friday (Aug. 25) on PlayStation 4 at 1pm ET.