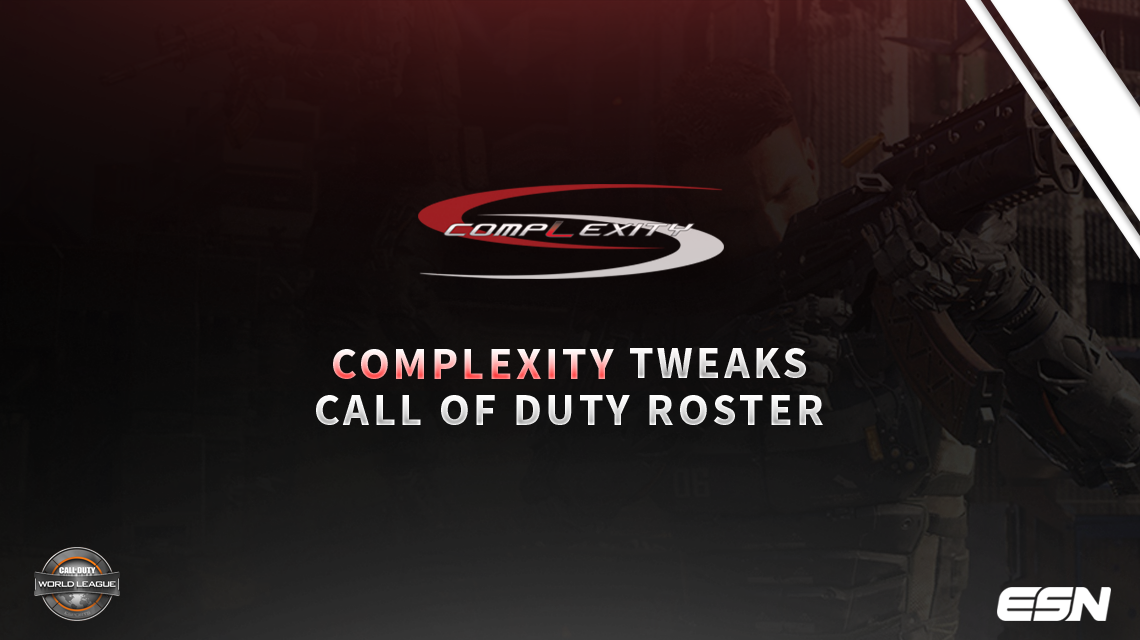 In a tumultuous Stage 1 of the 2016 Call of Duty World League North American Pro Division , compLexity ended the regular season in 6th place and on a six-game losing streak. Their run of form was far from impressive, and the team was quickly dispatched 0-4 in the first round of the playoffs by FaZe Clan . The team needed something to change, and it looks like this was their fix.

Goonjar spent Stage 1 under the Team Kaliber banner and was forced to compete in the relegation tournament to fight for his team’s spot in the CWL. At least, he would have competed in the tournament if Visa issues had not left him stuck in Canada, leaving Team Kaliber to find a last-second replacement in Marcus “ MBoZe ” Blanks. Unfortunately for Team Kaliber, they would lose their match 2-4 to KingPapey. Regardless of his team’s performance in Stage 1, Goonjar is a world-class veteran with years of experience playing on top-tier teams.

This is the first move of rostermania, and we are sure to see plenty more in the coming weeks before Stage 2 begins.

Do you think Goonjar is a good fit for compLexity Gaming? Do you agree in their decision to drop Parasite? Let us know what you think in the comments below or on our Twitter @eSportsNation , and be sure to follow us to stay updated on all of your eSports needs.