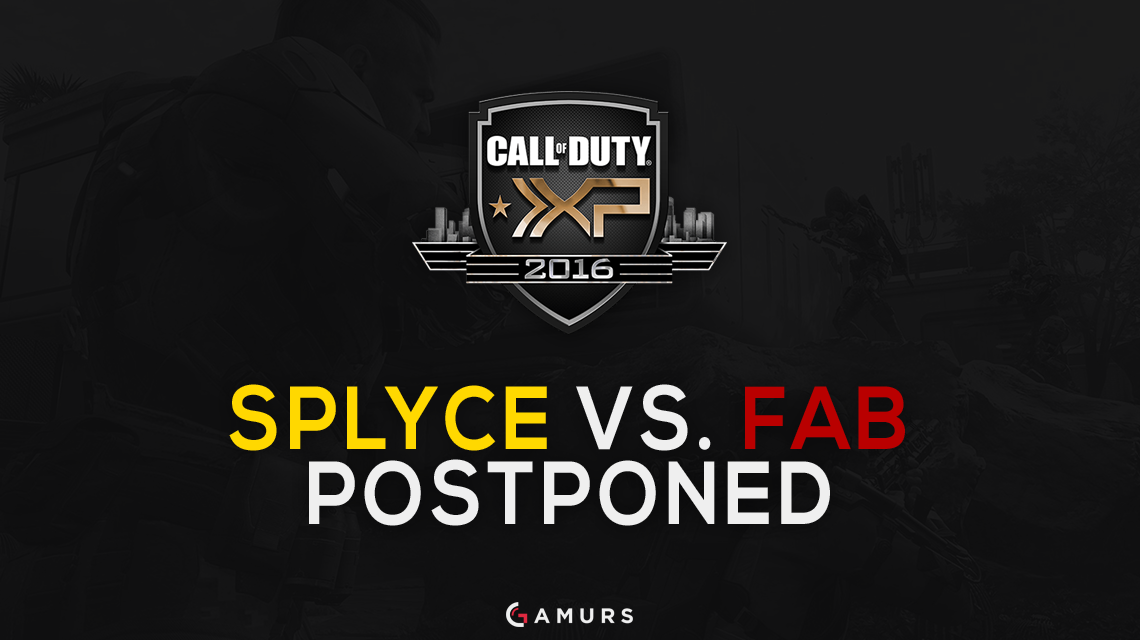 According to Call of Duty World League officials, the match between FAB Games and Splyce will be delayed until tomorrow morning.

Due to a player medical issue, the @SplycePro vs @FAB_Games match will be played tomorrow morning. Stay tuned for specific time info.

The Call of Duty World League tweeted that “due to a player medical issue, the Splyce vs. FAB match will be played tomorrow morning. Stay tuned for specific time info.”

While not much information is known at this time, this just means that there is more Call of Duty action to look forward to on “Championship Sunday.”

UPDATE: Stephen “Vortex” Allen confirmed via Twitter that he is okay, and his medical issue was simply due to a lack of both sleep and eating.

I’m fine just barely any sleep and no food today, felt so ill in the C9 match, was barely even calling out. Sorry for anyone who was worried

Who do you think will win the 2016 Call of Duty XP event? Let us know by commenting below or tweeting us @GAMURScom.