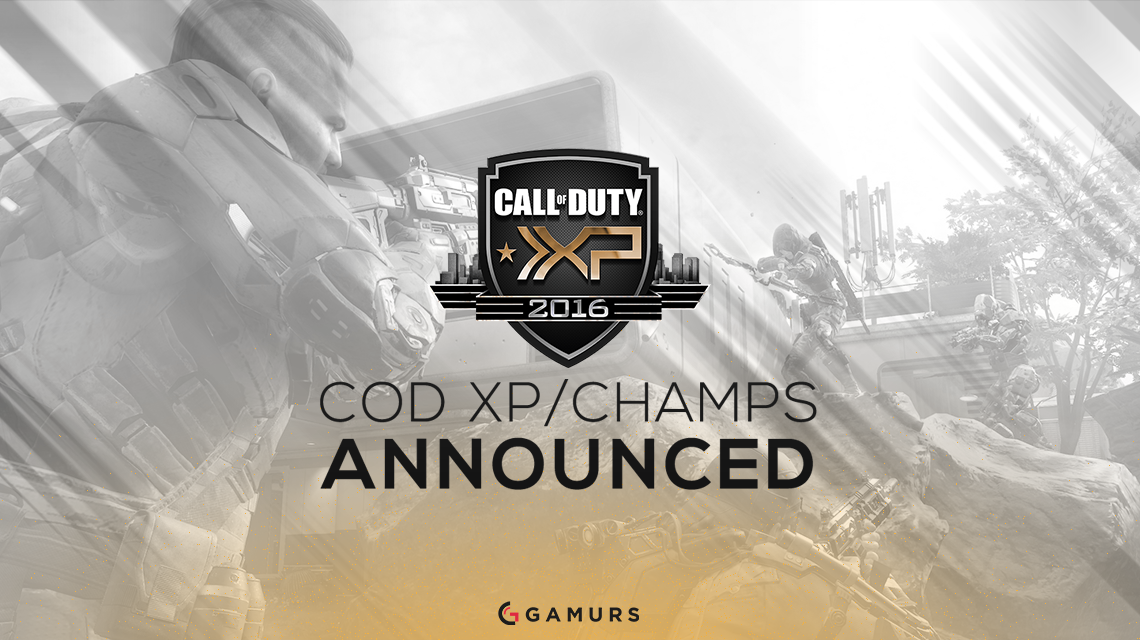 The announcement we have all been waiting for has finally been made. The 2016 Call of Duty Championship will take place alongside the second ever Call of Duty XP event this September. The prize pool for the event is said to be “the biggest payout in Call of Duty history” and is reported to be over $2 million.

#CODChamps will be at #CODXP2016! The ultimate Call of Duty fan celebration is coming Sept. 2-4.https://t.co/qqMuUx1zbm

Hailed as being “the ultimate Call of Duty event”, this three-day CoD extravaganza will take place at The Forum in Inglewood, CA from Sep. 2-4. Fans will be treated to some top class competitive CoD, with 32 of the top teams from across North America, Europe and Australia/New Zealand competing for that highly coveted Call of Duty Championship trophy.  The championship will be live streamed on MLG.tv, YouTube, and Twitch so you won’t miss any of the action.

The event will also see the worldwide reveal of the Call of Duty: Infinite Warfare multiplayer mode. In addition to this, fans will get hands-on experience with Call of Duty: Modern Warfare Remastered and also the Call of Duty: Black Ops III, DLC 4 package, with developers from Treyarch on hand to answer any burning questions. This is a great opportunity for fans to get a sneak peak at things before their release.

There will also be some other Call of Duty inspired activities to take part in, which will include Nuketown paintball, Zombies laser tag, and a Playstation VR experience to name but a few.

The bottom line is that California is the place to be for Call of Duty fans worldwide this September and with something to interest everyone, it is sure to be another incredible event.

Tickets for the event will go on sale to the public on June 11 at 10 am PST. For more information on the event and to purchase tickets when they are available click here.

Are you excited for this year’s event? Let us know in the comments below or on Twitter and don’t forget to follow us @GAMURScom for more esports news and updates.