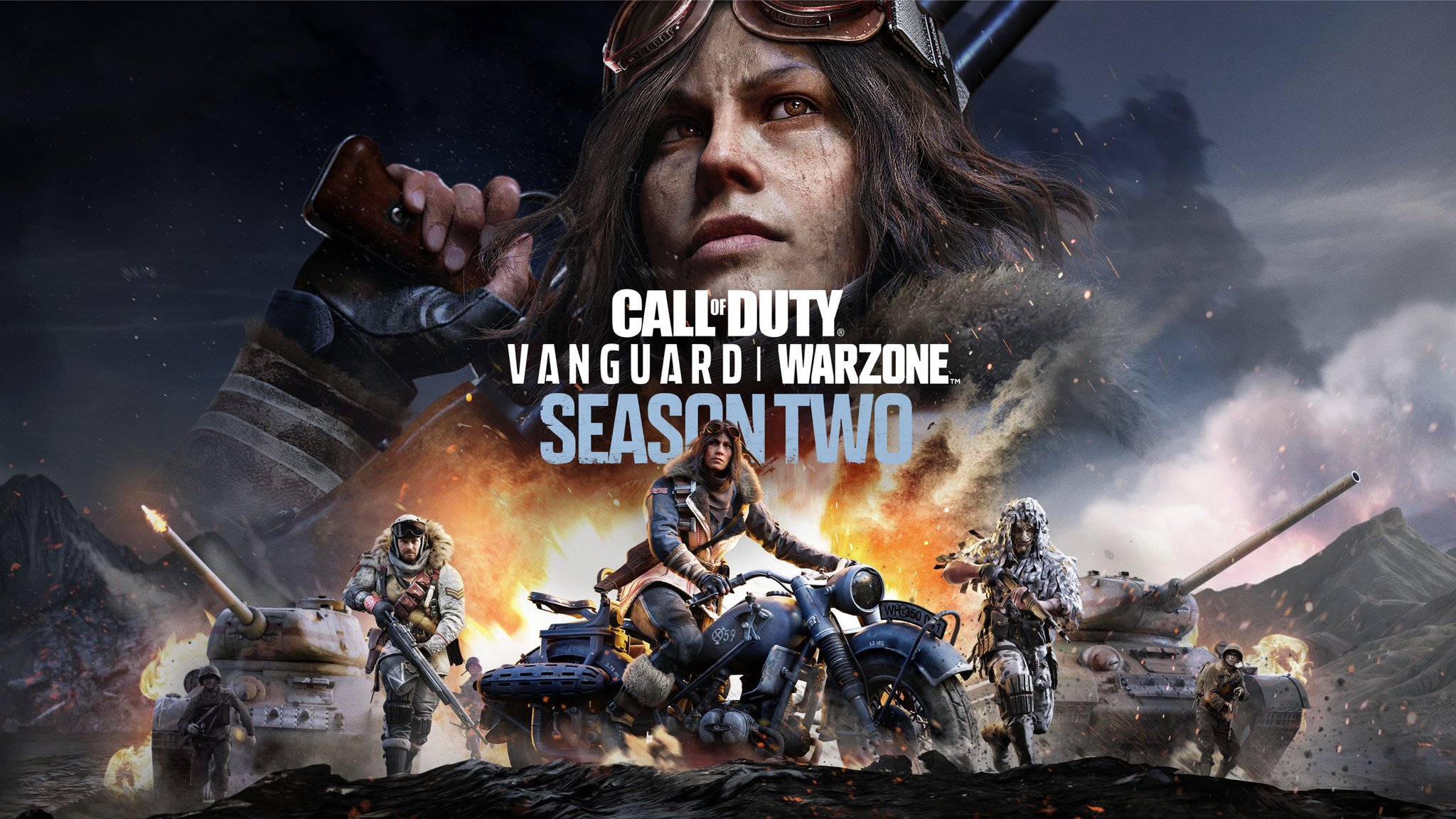 The artwork for Call of Duty: Vanguard’s upcoming season two has leaked via an update to the PlayStation Network database.

The imagery, complete with Call of Duty: Vanguard | Warzone title, features a female operator at the forefront, alongside two other new operators. The soldiers appear in front of tanks and other vehicles in what looks like a location new to Vanguard.

According to PlayStation Game Size on Twitter, an account that tracks updates added to the PSN database, the update size is “big” and could be “more than 10GB,” taking Vanguard’s PS4 file size to 47.285 GB. It will likely differ on PS5.

This will be Vanguard and Warzone’s first substantial update since the Warzone Pacific update and season one dropped in the beginning of December. Season two was initially set to release on Feb. 12 but was delayed almost two weeks due to bugs and other issues plaguing the games taking priority.

Season two will add the standard seasonal content in both games, including new weapons, operators, maps, and a battle pass with 100 tiers of unlocks. Competitive players will be happy to know that a ranked mode is also due to be added to Vanguard in this update.

Season two of Vanguard and Warzone is scheduled to begin one week from today on Feb. 14.