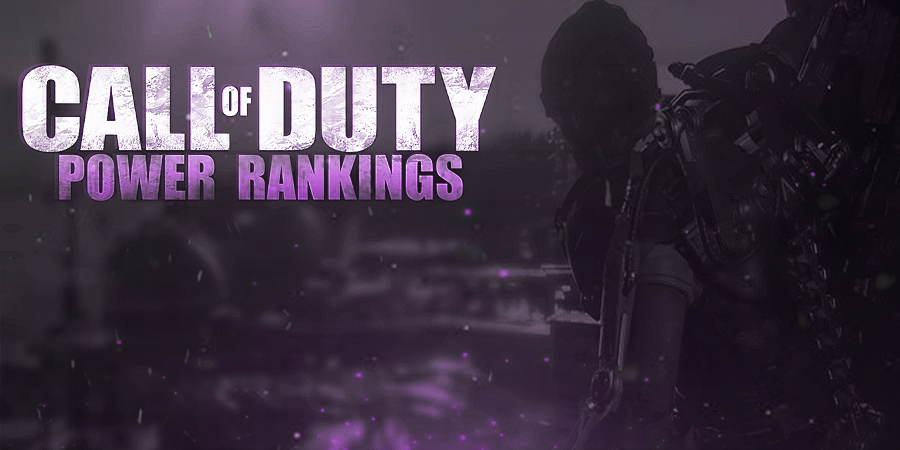 These are the official Call of Duty power rankings provided by the staff here at eSports Guru, typically published on a weekly basis. Your rankings can be included as well! In the comments, list your top 12 teams (all must be participating in the MLG Pro League) and we will use them to help create next week’s official rankings.

The reset of the MLG Pro League has not made a huge difference in the general standings. This could be because participating teams have only played 3 games a-piece, but the rank order looks about the same as it did before the reset. Optic Gaming is the only team that has not lost a match and is closely followed by Faze, Denial, nV, eLevate, and Isolation Empire.

The only team in the MLG Pro League without a win since the reset is Rise Nation. So how did they jump higher in our Power Rankings? This past weekend at the MES 25K in Detroit, Rise made it to the finals to play eLevate. This means that they had to take out a few of the other pro teams in attendance. The Grand Finals were great to watch, with Rise winning the first map and giving eLevate their first map loss of the entire tournament. Though eLevate eventually won the series 3-1, they didn’t do so without a fight. On Detroit Hardpoint (a fitting map to end the tournament right?), eLevate won by a single point. Rise was on the verge of an amazing comeback with all players clutching up in the hill, but a few seconds of contest by eLevate prevented Rise from bringing the series to game 5. Needless to say, eLevate looked very impressive this weekend. Though their flawless map count was ruined by Rise, eLevate looked very dominant and earned themselves a jump in our Power Rankings.

Epsilon jumped up a bit on our list as well. Though they are 1-2 in the Pro League, they finished in fourth at the MES 25K. With Parasite replacing Swanny, Epsilon may have a chance to at least finish in the middle of the pack by the end of the season. They always seem to perform better on LAN though, so the Season 3 finals may see some upsets!

Other teams sitting near the bottom of our Power Rankings are Team Orbit and TCM Gaming. These teams have not played impressively lately, but to be fair they have also not attended a LAN event as recently as the other Pro League teams.

Let us know your thoughts in the comments!