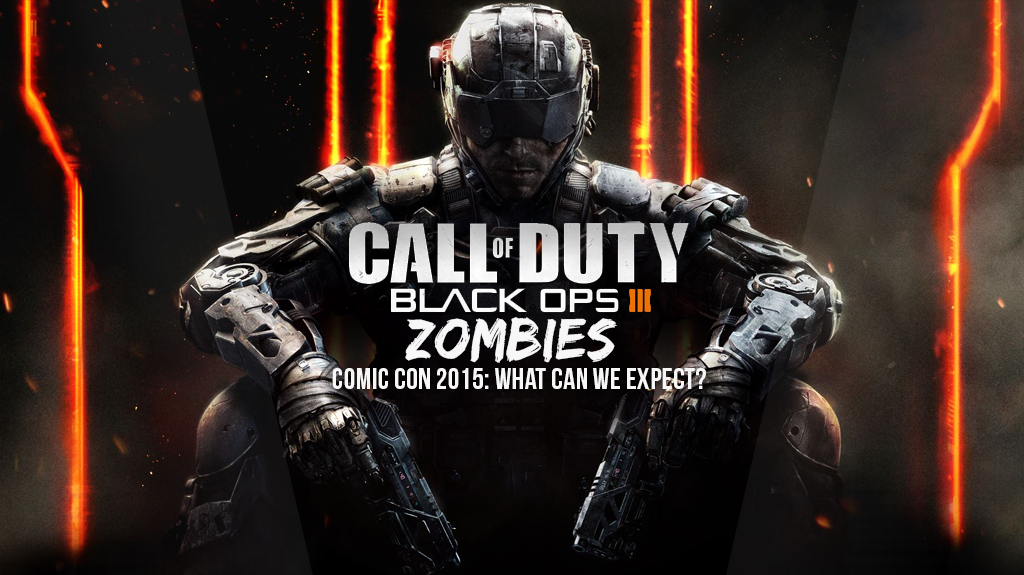 SAN DIEGO, CA – Tomorrow is the official Call of Duty®: Black Ops III Zombies World Reveal at Comic-Con International 2015. What is there to expect at this event?

https://twitter.com/CallofDuty/status/618807333855055873 On Thursday, the Black Ops III Zombies World Reveal panel will begin on-stage at 1:00 PM PDT, and should last for approximately one hour. Many will be able to feast their eyes upon the Zombies reveal trailer, star-studded cast and much more according to Comic-Con’s Thursday program schedule:

Call of Duty invades Comic-Con for the reveal of Black Ops III’s highly anticipated new Zombies Mode. Be on-hand as Zombies director Jason Blundell unveils Treyarch’s new mind-bending tale of the undead. Don’t miss the onstage reveal of the star-studded cast. Attendees will also get an exclusive first look at the Zombies reveal trailer and receive limited edition Zombies memorabilia only available at Comic-Con. Plus, catch additional Black Ops III news as it breaks live, including the official announcement of the Call of Duty: Black Ops III Collector’s Editions.

Gaming YouTuber Tom “Syndicate” Cassell has announced that he will be hosting the Black Ops III Zombies panel, along with interviewing the Zombies developers with questions provided from his fans that he sent over. https://twitter.com/ProSyndicate/status/618514949422186496 Syndicate has stated that tomorrow’s panel and reveal will be “an emotional roller coaster” for Zombies fans around the globe. It has also been rumored that a live-action trailer will release tomorrow as well, due to photos of a man created to look like a zombie and Monkey Bomb being posted on Treyarch’s Instagram. It may have something to do with the “Escape Room Challenge” as well. https://twitter.com/CallofDuty/status/618914995494080512 The schedule provides multiple events hosted at Comic-Con for fans to enjoy after the main Black Ops III Zombies World Reveal panel. Black Ops III multiplayer will also be made available to play at the PlayStation Truck. Note that the event will not be live streamed, but videos of the panel will be released shortly after on Call of Duty’s channels. Stay up-to-date on the Call of Duty®: Black Ops III Zombies World Reveal over at our Twitter – @eSportsNation.