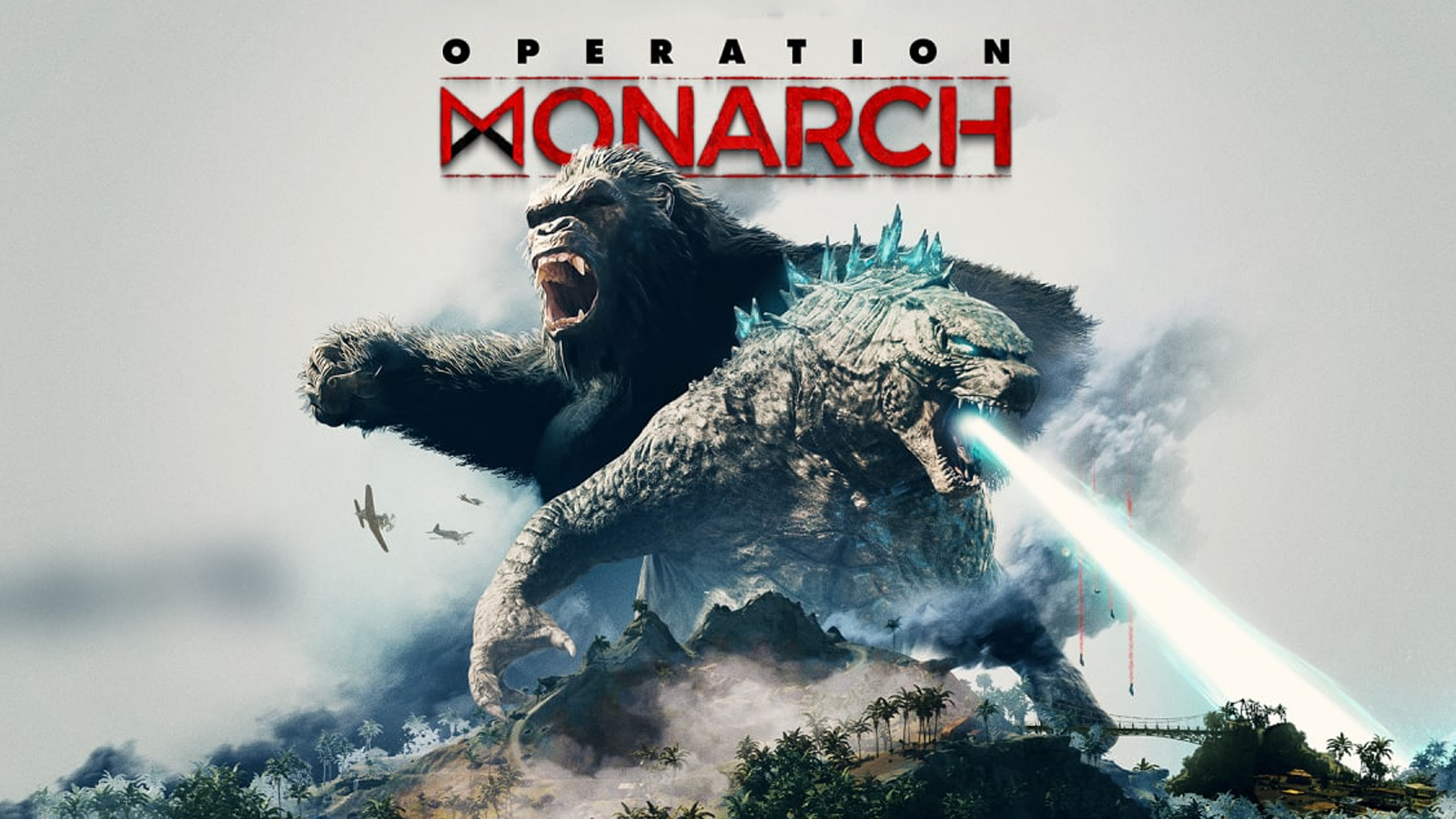 A new update to the backend of the PlayStation Store has revealed very official-looking artwork for an upcoming Call of Duty: Warzone event featuring none other than monstrous kaiju Godzilla and King Kong.

The art says “the battle begins May 11” and is titled Operation Monarch, which is the name of the scientific organization from the new Godzilla and King Kong films.

The art also has Godzilla and King Kong towering over Caldera, with the big lizard firing its nuclear breath at the island as planes fly around them. The two behemoths could be set to battle with the Warzone map as a back drop.

Activision began teasing something big over the last few weeks ahead of the release of season three in Vanguard and Warzone, which is coming April 27. It looks like there will be two weeks between the launch of the new season and this new live event.

Operation Monarch looks to be Warzone’s attempt at a Fortnite-like live event. Epic’s battle royale sets the standard for massive, live events in the game where players log in to experience something happening in-game together. If Activision can pull it off, the monster battle could be incredible to behold.

With season three beginning next week, official confirmation of the above imagery should be coming soon, and the event itself is on the way on May 11.