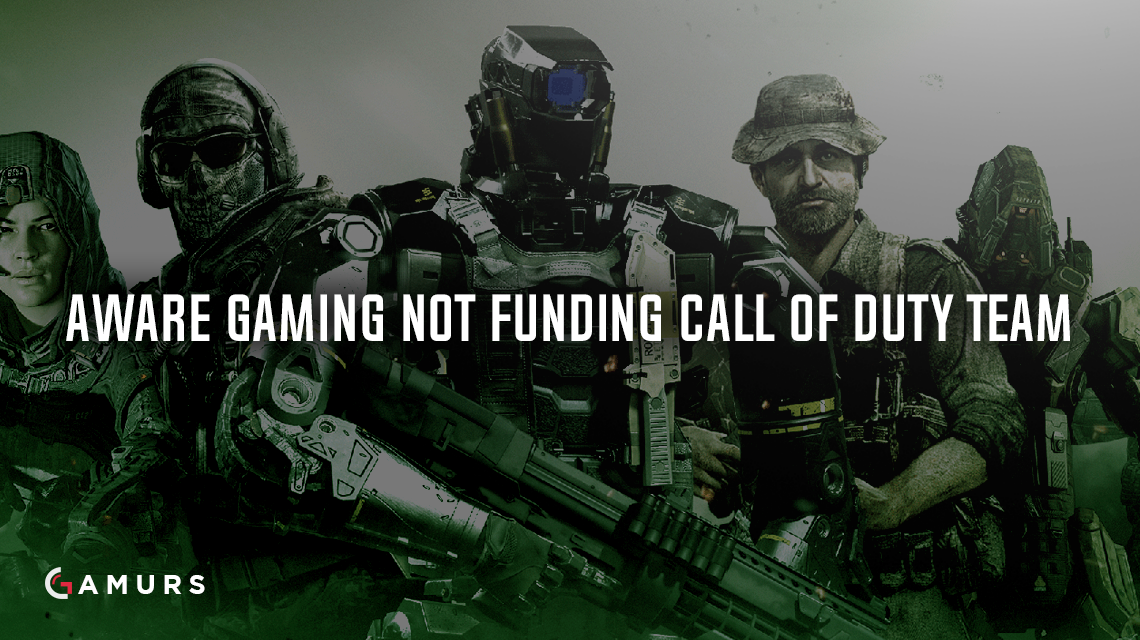 Aware Gaming has backed out of their commitment to their Call of Duty team to send them to the United States next weekend for MLG Atlanta, where they would have competed for $200,000 and CWL pro points.

A player for the aforementioned CoD team, Bjarne “Denz” Sleebus, posted a Twitlonger earlier today explaining the situation, saying that Aware informed the team they were experiencing finanical problems and would be unable to fly them to Atlanta next week.

The team is currently seventh in the European region, according to the Call of Duty World League Pro Points ladder, and have a legitimate opportunity to make it through the open bracket and play in front of thousands of viewers in a different country than their own, but they may not be able to do that now.

In addition to the halt in the Call of Duty team’s funding, the popular organization may be in risk of closing. According to a source, Aware’s financial problems are not minor and a recent emergency in their finances may lead to the organization’s sudden demise.

It will be interesting to see what happens with the organization, but more importantly, the players that may never get the opportunity again to compete on this large of a stage. If you know anyone that could possibly help Denz and his team in funding, DM him on Twitter or email him at [email protected].

GAMURS has reached out to Aware for a comment on this situation.