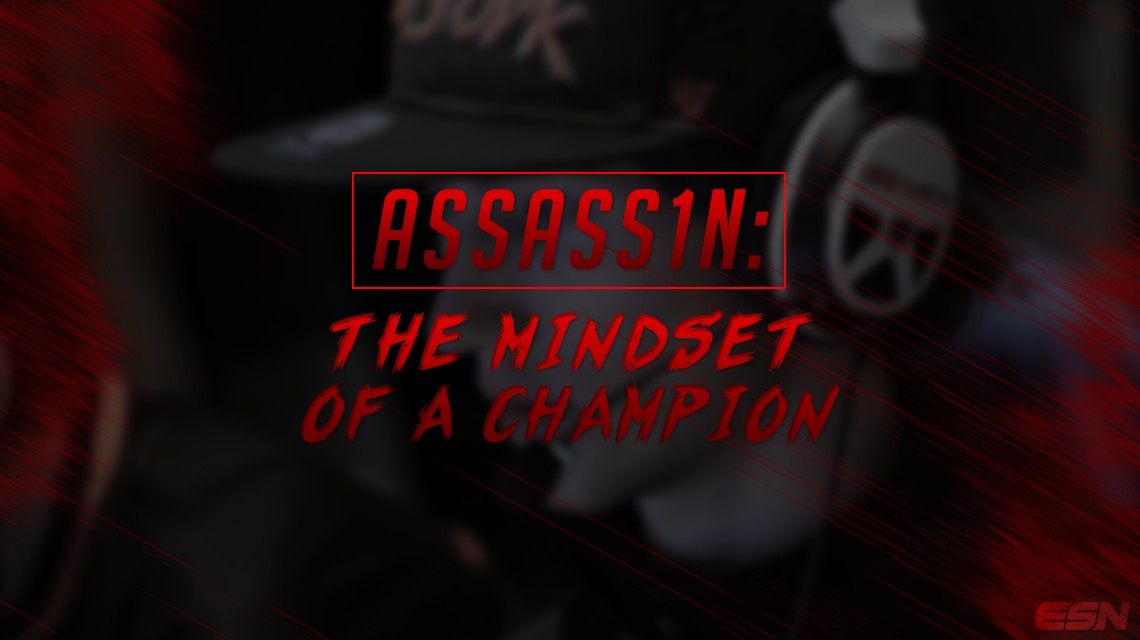 In the world of sports, there are several instances where players are able to make a comeback or return to the sport that they love. Everyone knows about Brett Favre coming out of retirement multiple times and Michael Jordan retiring from basketball to play professional baseball, only to return to basketball years later.

While there are definitely other instances of this happening in sports, the point is that great players always seem to find their way back to the game they love. Well, this concept is no different when it comes to eSports, and Robert “ASSASS1N” Walsh is the latest Call of Duty legend to make his way back to the scene.

Call of Duty fans who have been around since the beginning know all about ASSASS1N, which is why most of the community was ecstatic when he announced that he would be making his return to the eSport by joining Vanquish Gaming for the Call of Duty®: Black Ops III season.

For some of the newer fans of the Call of Duty scene, the name ASSASS1N might not mean too much. However, by the end of this article, everyone will be able to appreciate the history behind this great player, whether you are a new fan or a fan of old.

It is no understatement to say that ASSASS1N has been playing Call of Duty since the beginning. Before professional eSports was really even a thought, ASSASS1N was dominating the world of Call of Duty in Call of Duty® 2 and Call of Duty® 3, competing on GameBattles with all of the other best players in the game.

When Call of Duty was finally picked up by Major League Gaming during Call of Duty® 4: Modern Warfare, ASSASS1N was right on top of the list as one of the best players in the game. MLG hosted the 2008 MLG National Championship, which was the first ever official LAN event for Call of Duty in Las Vegas, Nevada.

As a member of Team FeaR, ASSASS1N led his team to a first place finish, making him one of the first four players in Call of Duty history to win a LAN event. This is a moment that ASSASS1N is extremely proud of, and it’s one of his top-two favorite moments in his career.

“My favorite moment in my professional career would have to be a tie between the two MLG events I have won, with the first one being at Las Vegas back in 2008 on Call of Duty 4,” ASSASS1N said. “It was the first ever official event to be held for Call of Duty on console and my team ended up taking home first.”

ASSASS1N was able to carry his success from CoD4 over to Call of Duty®: Black Ops. Still a member of Team FeaR, ASSASS1N led his team to four top-four finishes out of the six MLG events for Black Ops. However, one event in particular, MLG Raleigh 2011, is ASSASS1N’s other favorite moment in his career as he was able to win his second career championship at this event.

“My second favorite event was at Raleigh, which was my first Black Ops 1 event win under my belt,” ASSASS1N said. “This win just proved to everyone that FeaR was still a top contender at the time.”

ASSASS1N was always able to play his best on the biggest stage when it mattered most, which is probably why he is widely considered as one of the most clutch Call of Duty players of all-time, especially when it comes to Search and Destroy. ASSASS1N saved his team numerous rounds and games in so many improbable situations that fans almost came to expect him to clutch every 1v4 or 1v3 he found himself in.

After Black Ops came Call of Duty®: Modern Warfare 3, which was a disappointing game in general from a competitive standpoint, but ASSASS1N had a brief stay on OpTic Nation before returning to Team FeaR once again for the start of Call of Duty®: Black Ops II.

ASSASS1N was able to help lead Team FeaR to a fifth place finish at the 2013 Call of Duty Championship. However, it was after this event that ASSASS1N decided to momentarily step away from the Call of Duty scene that he had such a prominent role in helping to develop and grow.

“After placing 5th at world champs in 2013, I decided to finish college and shortly after I started working as a college assistant,” ASSASS1N said. “So, during Ghosts and Advance Warfare, I never really had the time to fully commit to Call of Duty like I do now, which is why I took breaks in both games and kind of fell off the competitive scene.”

With more time on his hands now after finishing his education, ASSASS1N has officially decided to make his return to Call of Duty this year for Black Ops III. As someone from the very beginning of Call of Duty as an eSport, ASSASS1N was easily able to describe some of the biggest changes to the scene today compared to five or six years ago.

“Some of the biggest differences between the Call of Duty scene today and the scene back around 2010-2011 are the amount of tournaments and overall support Call of Duty has today,” ASSASS1N said. “With that brings more competition and new talent arising every year. Just knowing how big the last two Black Ops titles were for competitive gaming can only mean we can expect a good year with Black Ops III.”

In terms of the actual game itself, ASSASS1N is enjoying Black Ops III so far as he practices with his new team and works to learn a new style of play, especially in Search and Destroy. As someone who has always been one of the best Search and Destroy players, his opinion on the matter is extremely relevant.

“Search and Destroy in Black Ops III feels great and the addition of specialist abilities/weapons brings a unique element to SnD that we haven’t seen before,” ASSASS1N said. “Special abilities like glitch and overdrive can make for some sick clutch plays.”

“I do feel obligated to take on a leadership role with my new team because I have the most experience under my belt and I know what it takes to win a championship,” ASSASS1N said. “As a leader, it’s not only important to play well but to also make sure the whole team is on the same page.”

No matter what, ASSASS1N will do his best to help lead this vQ roster and help the organization accomplish their goals. ASSASS1N has always been an extremely loyal player, evident from his long standing relationship with Team FeaR. Thus, it will come as no surprise to hear that ASSASS1N wants to do everything in his power to thank Vanquish for giving him this opportunity to play for their organization.

“My personal expectations/goals for Black Ops III would have to be to compete in the World League for Call of Duty this season,” ASSASS1N said. “Besides that, I want to focus on growing my stream and soon enough start producing YouTube videos again. My expectations/goals for my team would have to be the same as my personal goals, and that’s to make it into the World League and represent Vanquish Gaming to the fullest.”

The World League is obviously what everyone is looking forward to in Black Ops III, so it comes as no surprise to hear that qualifying for this league is one of ASSASS1N’s top goals for himself and his team. However, it is refreshing to hear that he wants to continue to build his YouTube channel and streaming platform. As the world of eSports continues to grow, it’s great to see professional players take advantage of their unique opportunity to develop an online presence.

Most importantly, it is just great for the entire Call of Duty community to have one of the best original players coming out of retirement and returning to the scene. From all of the Call of Duty fans around the world, but especially the die-hard fans like myself who have been around since the very beginning, welcome back ASSASS1N.

Do you think that ASSASS1N will be able to reclaim his status as a top player this year in Call of Duty®: Black Ops III? Let us know by commenting below or tweeting us @eSportsNation.