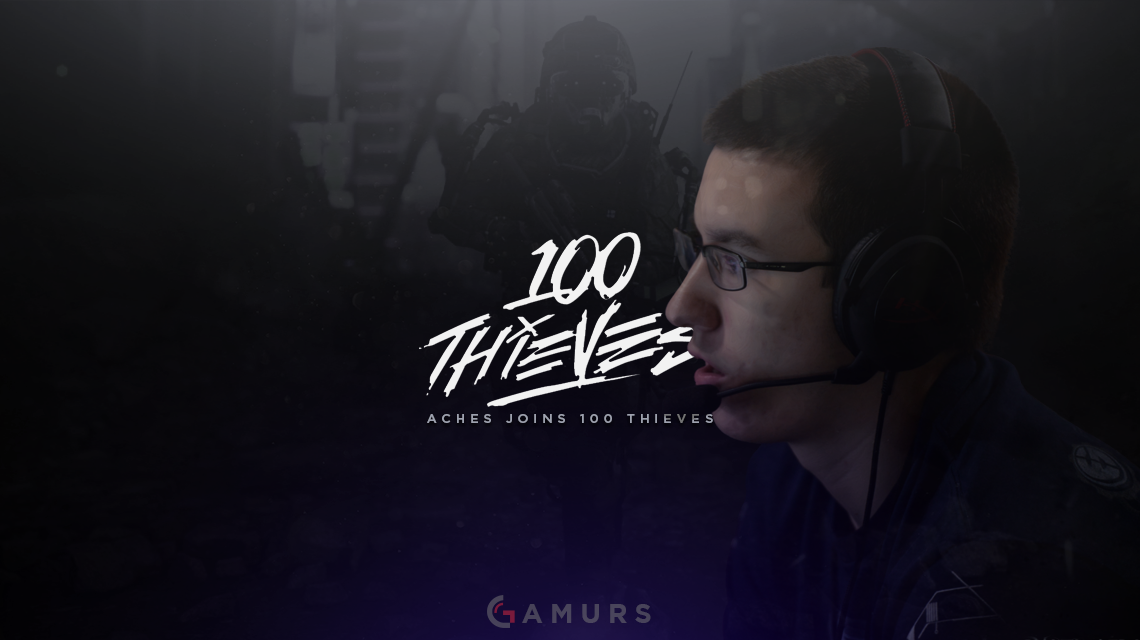 Hundred Thieves just shocked the Call of Duty world by announcing that they have picked up Patrick “ACHES” Price to replace Brandon “Nelson” McKinney for the remainder of Stage 2 of the Call of Duty World League.

Nelson announced yesterday that he decided to leave the team, which meant that Hundred Thieves was looking for one. It did not take them long to find a replacement, as they filled that empty spot with ACHES in less than 24 hours.

This also comes as a bit of a surprise because ACHES reportedly joined Counter Logic Gaming, as tweeted by Anthony “Methodz” Zinni last week. While CLG never officially confirmed this roster, this means that the rumored CLG roster will now be looking for one.

ACHES will complete the Hundred Thieves roster consisting of Matthew “Royalty” Faithfull, John “Johnny” Cookson and Alex “Examples” Hartlaub. He will likely take on a leadership role with this team, as Hundred Thieves is currently in a three-way tie for ninth place in the CWL with a record of 2-6.

What do you think about ACHES joining 100 Thieves? Is it a good or bad roster move? Let us know by commenting below or tweeting us @GAMURScom.