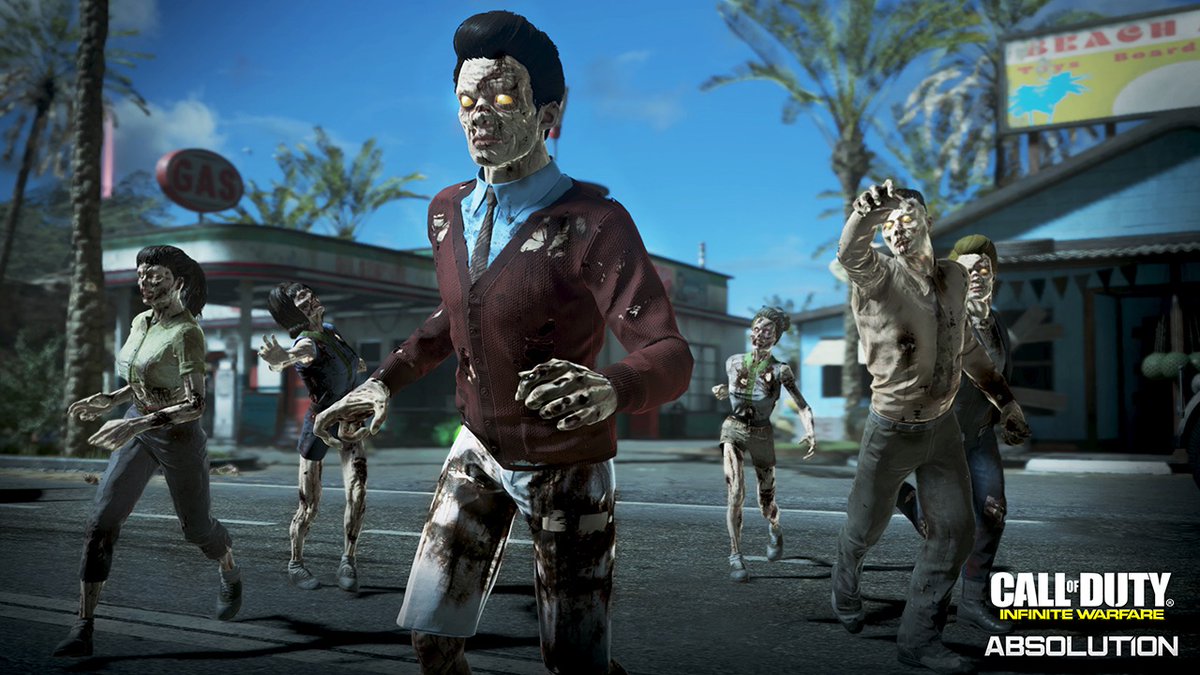 The next map pack for Call of Duty: Infinite Warfare is just around the corner, and there’s a lot to be excited about.

Absolution was announced earlier today as the third DLC map pack for Infinite Warfare, and it will feature four new multiplayer maps, as well as a unique zombies experience.

The four multiplayer maps include Ember, Bermuda, Permafrost, and Fore, while the new zombies map is called Attack of the Radioactive Thing.

Ember is a remake of a classic map from Call of Duty: Modern Warfare 3—Resistance. Bermuda is set in a settlement around the remains of a crashed ship, Permafrost takes place in a frozen city skyline, and Fore features players battling it out on a large-scale mini golf course.

A lot of fans are really excited about the new zombies experience, Attack of the Radioactive Thing. This map is set in the ’50s and will feature well-known horror movie character Elvira, played by actress Cassandra Peterson. The map will also bring Infinite Warfare’s zombies characters into four new roles—the rebel, the school girl, the scientist, and the soldier. Players will be seeking Elvira’s help “as they attempt to make it through this science experiment from hell.”

Call of Duty fans can’t wait to get their hands on all of these great new maps, which will be available first on PlayStation 4 on July 6.