A glitch in Call of Duty: Modern Warfare is blinding players

Avoid looking up until the bug is fixed. 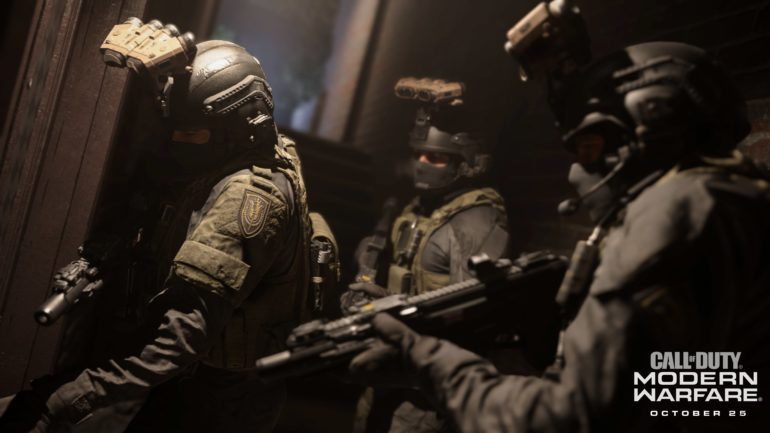 A visual glitch is blinding players on the map Arklov Peak in Call of Duty: Modern Warfare.

During a late-night gaming session, a player encountered a bright light in Modern Warfare that made it impossible to see the map or enemies. The player uploaded a clip to Reddit, showing the visual glitch that occurred whenever they were outside of a building on Arklov Peak.

The glitch completely obscured the player’s field of vision and eventually got them killed. The visual bug was still there when the player respawned, so they had no choice but to call it a night.

There’s no clear indication as to what caused the glitch or if it was caused by the player’s PC or the game itself. This isn’t the first bug players have encountered in Modern Warfare, however.

A few weeks ago, Call of Duty League skins were introduced to the game and players became invisible when using certain operators. Players also noticed a bright glare when using the gold weapon camo, which made it impossible to aim down sights.

Players have encountered glitches that kill them when they interact with inanimate objects such as office chairs and bushes, too. There seems to be no shortage of bugs in Modern Warfare and this bright light is only the most recent to hinder players.

Infinity Ward doesn’t seem to be aware of the glitch yet since it isn’t listed on the company’s official Trello board.