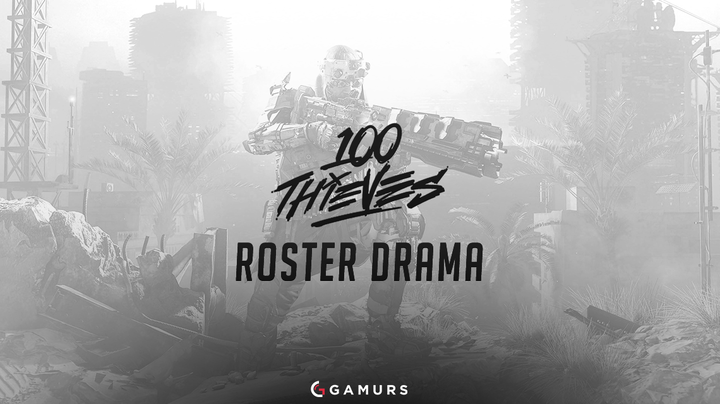 After winning their first match,the team seemed to have potential to compete for a playoff spot.Since that initial win, things have gone downhill.

Due to the team losing many of their recent games (1-6 since thefirst win), the team has made roster changes for the foreseeablefuture:

ACHES is now the captainof 100 Thieves, who was on Team EnVyUs for Stage One.Furthermore, he was given full roster discretion, which then led toExamples and Johnny being dropped. Nelson, who was originallydropped from the team, was picked back up after ACHES became thecaptain. Lastly, Remy, who was on TeameLevate for Stage One, isthe fourth and final player for 100 Thieves.

If you would like to read moreabout the 100 Thieves situation, check out Nadeshot’s Redditpost here. Former player Johnny also outlined thesituation in his own post.

What are your thoughts on 100Thieves’ roster changes? Do you think they’ll return tobeing competition for playoffs? Let us know in the comments belowor on our Twitter – @GAMURScom.