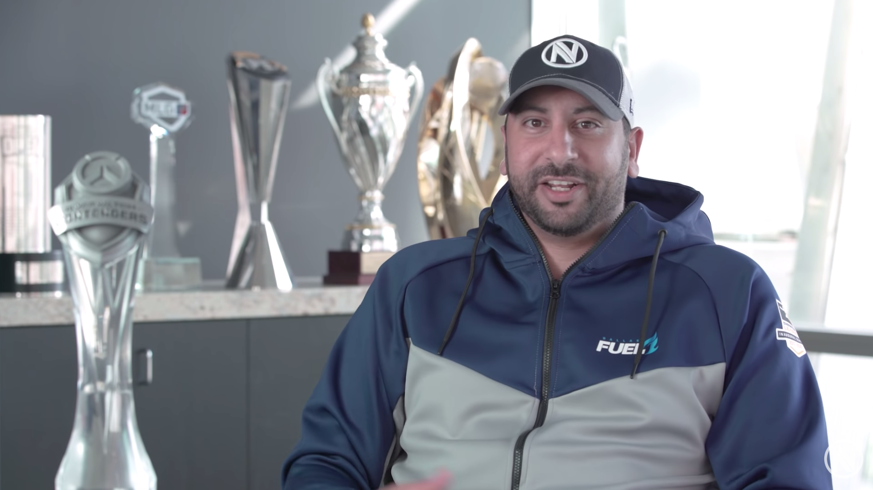 Team Envy announced an executive shakeup today. Mike “Hastro” Rufail is stepping down as the organization’s CEO and being replaced by Legion Entertainment advisor Adam Rymer.

It was Rufail’s decision to step down, according to a video he posted on Twitter today. While Rufail is no longer Envy’s CEO, he’s still one of the largest shareholders in the organization and will remain on the board.

“I’ve really become comfortable with where our company’s headed now and the direction and our future,” he said. “It’s really important that you guys understand that after the past few years after taking numerous rounds of investment capital, I spent a lot of that time making sure that I knew where we were headed.”

Rufail will transition into a new role that he created for himself as the organization’s Chief Gaming Officer. As he explained in his video, the move will allow him to focus more on the competitive esports parts of Envy, which is something he’s particularly passionate about.

“I felt like it was time,” he said. “I needed to get back to my roots so I created a new position for myself. I’m not really going anywhere. I’m actually probably going to be seen more, and I get to go back to doing what I used to do, really just being there for my teams, my players.”

Bringing Rymer into the fray adds nearly 20 years of media industry experience to Envy’s executive team. As CEO, he’ll be tasked with expanding Envy’s “core offerings in esports.” Prior to joining Envy, Rymer was a consultant for multiple startup media companies.

“Adding Adam to our leadership team will help accelerate the steps we are taking to grow and reach Envy Gaming’s potential as an organization that delivers world-class entertainment, events, fan experiences, content and more,” Rufail said. “I have focused on building a runway for Envy and the company’s teams, leagues and properties for many years. I look forward to coming to work every day with someone of Adam’s caliber and experience as we take the Envy brand to new heights.”