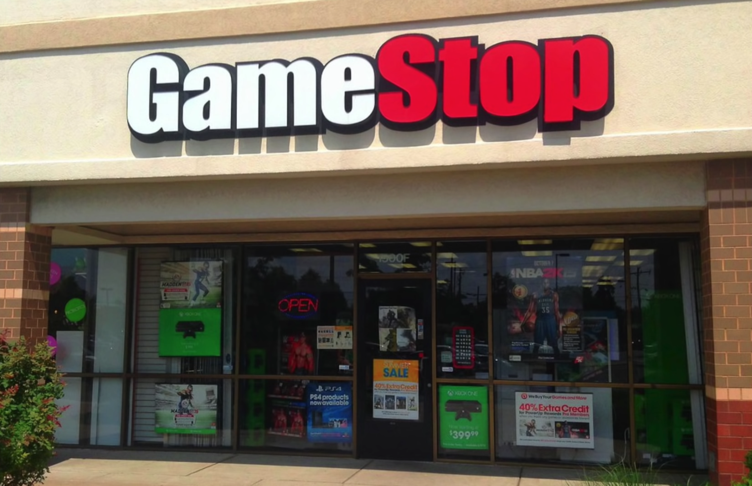 GameStop used to be a major part of gaming culture and a paradise for players looking for a new game to explore. But digital games and virtual purchases have almost removed the need for visiting a brick and mortar store, which has severely impacted GameStop’s revenue.

The company has started to take desperate measures to avoid falling further behind, according to an exclusive report by Polygon. This has reportedly resulted in a poor work environment for employees, desperate sales tactics, and drastic cuts.

Polygon recently interviewed several store managers and staff to get an inside look at the struggling company.

GameStop used to be a hub for players to browse the latest titles and trade in their old games. As more and more players have switched to purchasing games digitally, however, the physical stores have taken a major hit. In response, the company has closed hundreds of stores with more likely to follow in the future.

Company executives have tried to calm nervous shareholders by claiming the next generation of consoles will boost sales in the 2020 holiday season. But employees see the changing gaming environment as the reason for poor performance and a successful season won’t alleviate all problems.

In response to the lack of sales, GameStop has shifted more focus to other means of income. Trading in games was previously a large source of income for the company. But as players switched to other vendors for this type of transaction, GameStop took a major hit.

The purchase and reselling of used devices, such as consoles and phones, has become a new focus for the company to make up for the lack of game trade-ins. While this may not seem so bad on paper, putting it into practice has reportedly resulted in a poor customer experience and a draining sales environment for employees.

Employees are required to ask customers about their phones and other devices to provide a possible purchase quote for the customer. The series of questions is out of place for a store where most people are solely looking to purchase a game-related item.

“Things have changed drastically,” an assistant store manager told Polygon. “No one cares about the games, or the customers, anymore. It’s obnoxious.”

Employees are required to follow the line of questioning regardless of the negative environment it creates or suffer disciplinary action. Besides the push for tech trade-ins, employees are also required to promote various pre-order offers or memberships to the customer. These questions and the other sales pitches turn a simple game transaction into a grueling back and forth sales pitch.

Disconnect between corporate and employees

Employees interviewed by Polygon explained how most members of the team enjoy interacting with customers but are plagued by the corporate requirements. If the employees are unhappy with the work environment, they can be easily replaced since GameStop still receives dozens of applications per week.

Another disconnect is corporate not sending enough inventory to avoid losing money on shipping and storing. A pre-order is a guaranteed sale for the company, so other copies that aren’t already purchased are a potential loss. This results in fewer copies being sent to stores for the general consumer who didn’t pre-order the title, which has hurt sales in some cases.

A store manager explained to Polygon how their store could have made more money over the Christmas holiday if they had more inventory. But because of the new system, they were stuck. Another manager explained to Polygon how merchandise is still a successful stream of revenue for the company, but GameStop will overcompensate by sending too many physical items to the store, which results in product sitting in storerooms for months.

Several stores have been closed due to the decline in sales, but even the employees who still have jobs have felt the impact. Many employees have had their hours cut and are often alone in the store. This leaves one person in charge of maintaining the store and interacting with guests, which leaves almost no time for the employee to catch their breath.

Another manager mentioned how she felt unsafe opening and closing the store alone but didn’t want her staff to be in that situation so she did it herself every day. Employees feel like they’re under extreme scrutiny, overworked, and underpaid.

GameStop’s fall from grace has reportedly resulted in a toxic work environment for employees and a poor experience for customers. If the company can’t find a way to adapt to the growing digital landscape, more drastic changes will occur.