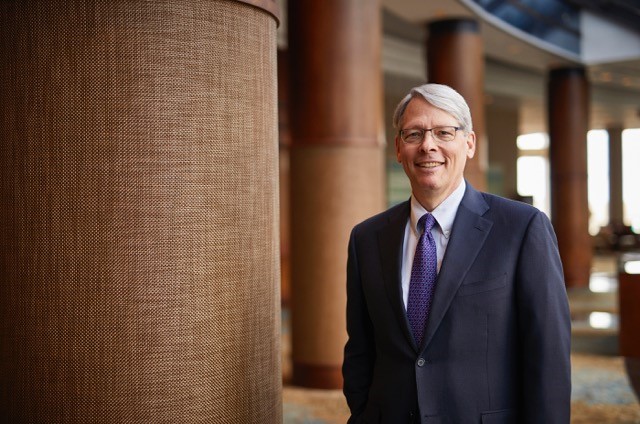 Averett University in Danville, Virginia received a $100,000 donation last month from Dr. Dugan and Frank Maddux to help fund the college’s relatively new esports program. So what was the appeal of esports for two doctors?

The Madduxes, two executive nephrologists at Fresenius Medical Care North America in Massachusetts, contributed funds to the university for facility space exclusively meant to house esports players and spectators. Portions of the donation are also being used to hire a coaching manager for players in the program.

In an interview with Dot Esports, Dr. Frank Maddux spoke of the potential that esports has in changing conventional sports at the collegiate level. “Esports is an additional evolution of how people communicate and interact together,” Maddux said. “The concept of esports as a team sport and that it’s a sport that requires a whole series of attributes—not the same kind that people might have for other sports—was very interesting to me.

“[It’s] a more gender-neutral sport where you could have men and women playing both with and against each other. I’ve been intrigued with some things I’ve read about young women at Boise State [University], like Maggie Borland [the captain of BSU’s Overwatch team]. All of those things intrigued my wife Dugan and myself when we were thinking about catalyzing Averett’s contribution to the sport.”

Although the donation isn’t a large amount in the grand scheme of the esports industry—several esports tournaments have $1 million prize pools—it’s still a good initiative to support university esports. The Maddux family seem to be the first to donate a large sum of money specifically to collegiate esports, instead of toward the university’s varsity sports teams in general. When asked about the donation’s potential impact, Dr. Frank Maddux argued that it’s much more than just a way to support Averett—a school where he served on the Board of Trustees for 13 years.

Esports is much larger than I anticipated and understood it to be when I first learned of it.

“Universities are there to serve their communities and serve individuals with their liberal arts educations,” Maddux said. “Esports is much larger than I anticipated and understood it to be when I first learned of it.”

The Madduxes invested into Averett because they wanted to make the school’s esports program a model for what a “healthy” program looks like among many other universities. In a sense, they’re hoping to catalyze the participation of other nearby schools, thereby creating a sort of esports ecosystem similar but different to the NCAA.

Launched in October 2017, Averett’s varsity esports program was the first of its kind in the state of Virginia. The school is a part of the National Association of Collegiate Esports (NACE), and Averett students have already competed in Counter-Strike: Global Offensive competitions against Division I and II schools, such as Western Virginia University, Clemson University, and Virginia Tech. Dr. Frank Maddux then argued that collegiate esports could change the way traditional sports are structured for both students and universities.

“[We wanted] to recognize that competition exists on many different levels, not strictly on physical levels that we see in traditional sports that universities have,” Maddux said. “Esports is a good test of whether you can break the barriers between the traditional divisions and categories [between smaller schools and much larger schools]. I don’t see a good reason why Averett wouldn’t be in a position to attract and develop student athletes that could compete at any level with regard to other esports programs.” Averett University is a private, non-profit school whose athletics play in NCAA Division III competition.

Since its entrance into the world of esports, Averett has housed 11 co-ed teams—and that number is expected to grow. Sixteen students have already submitted their university deposit to attend and participate in the school’s growing program for the fall 2018 semester. Like conventional sports, Averett’s students are expected to attend practices, maintain a certain GPA, and fulfill a given amount of study hours.

Dr. Frank Maddux was compelled to support esports because he hopes that the ecosystem helps develop students individually—both at the intrapersonal and technological level. To conclude his interview, Dr. Frank Maddux connected the concept of esports and gaming to its relevance in the world of health care and technology development.

“I think esports becomes somewhat of a fulcrum around [activities such as virtual reality and simulation], when you think of it somewhat more broadly than strictly the game and competition that’s being played,” Maddux said. Within the spectrum of health care, Dr. Frank Maddux has also witnessed VR-based simulations to help treat patients with chronic diseases. “The ability to use gaming-type of software development and assessment to see who’s good at what skills becomes an analogy that they will be an offshoot for something that has become pretty highly developed in the esports world.”